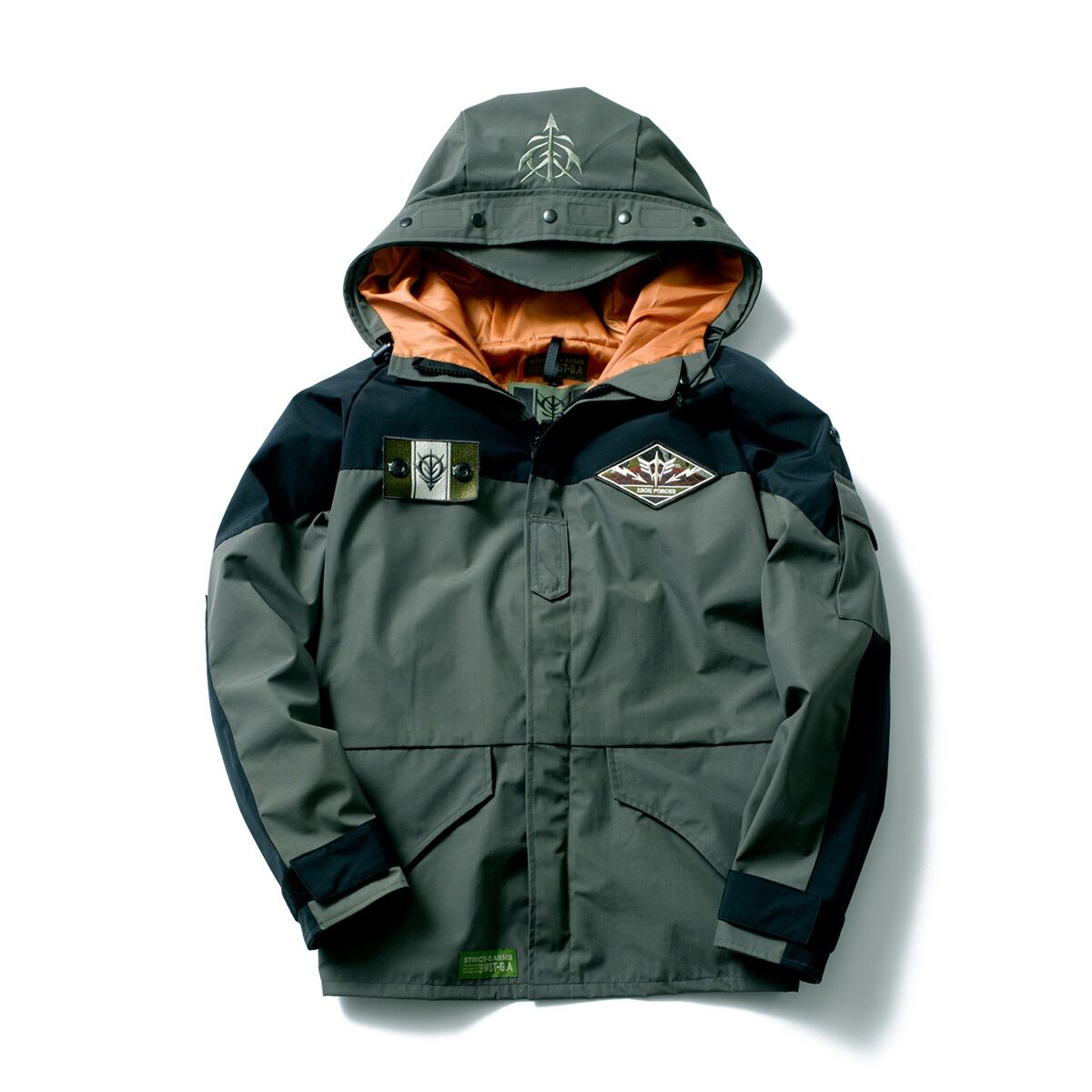 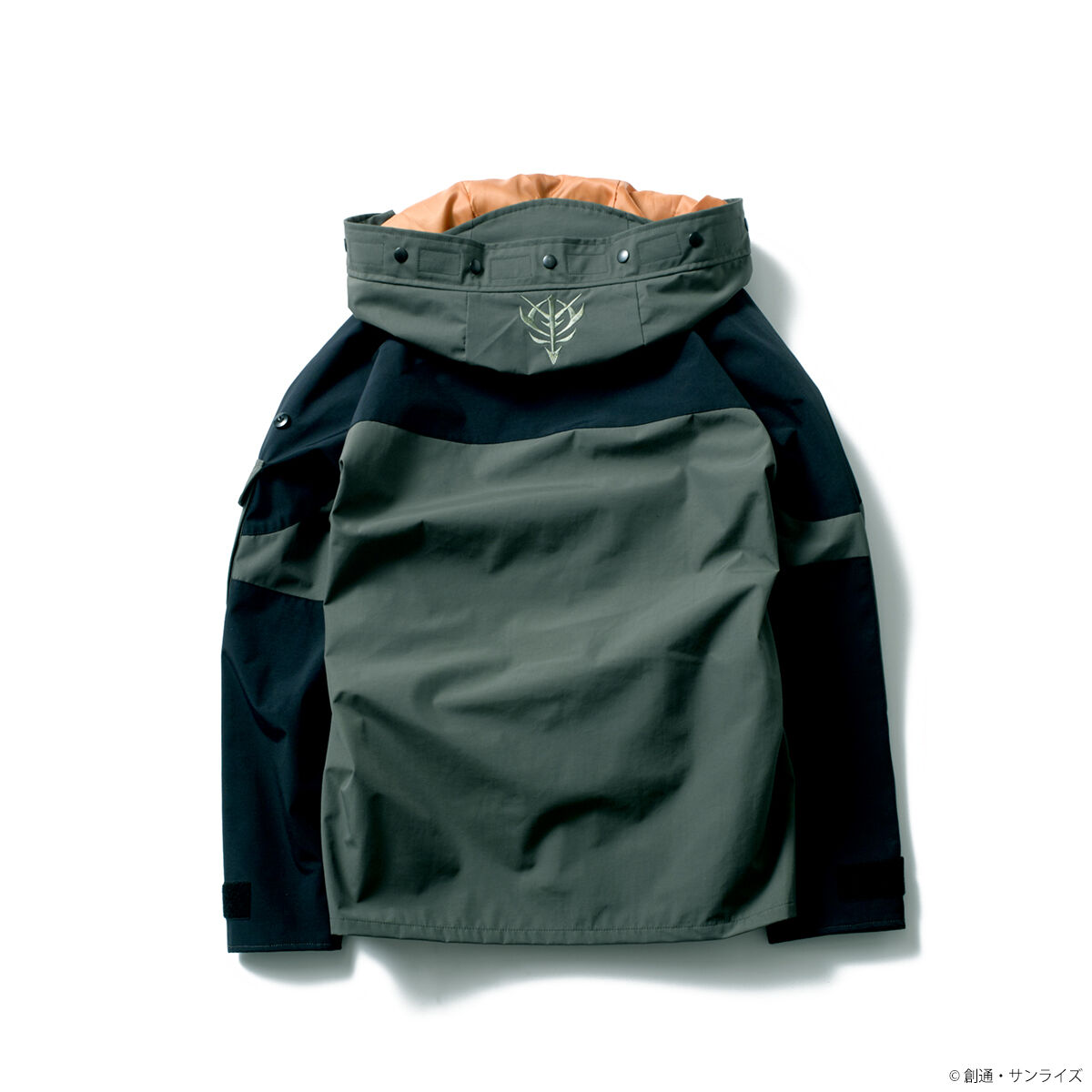 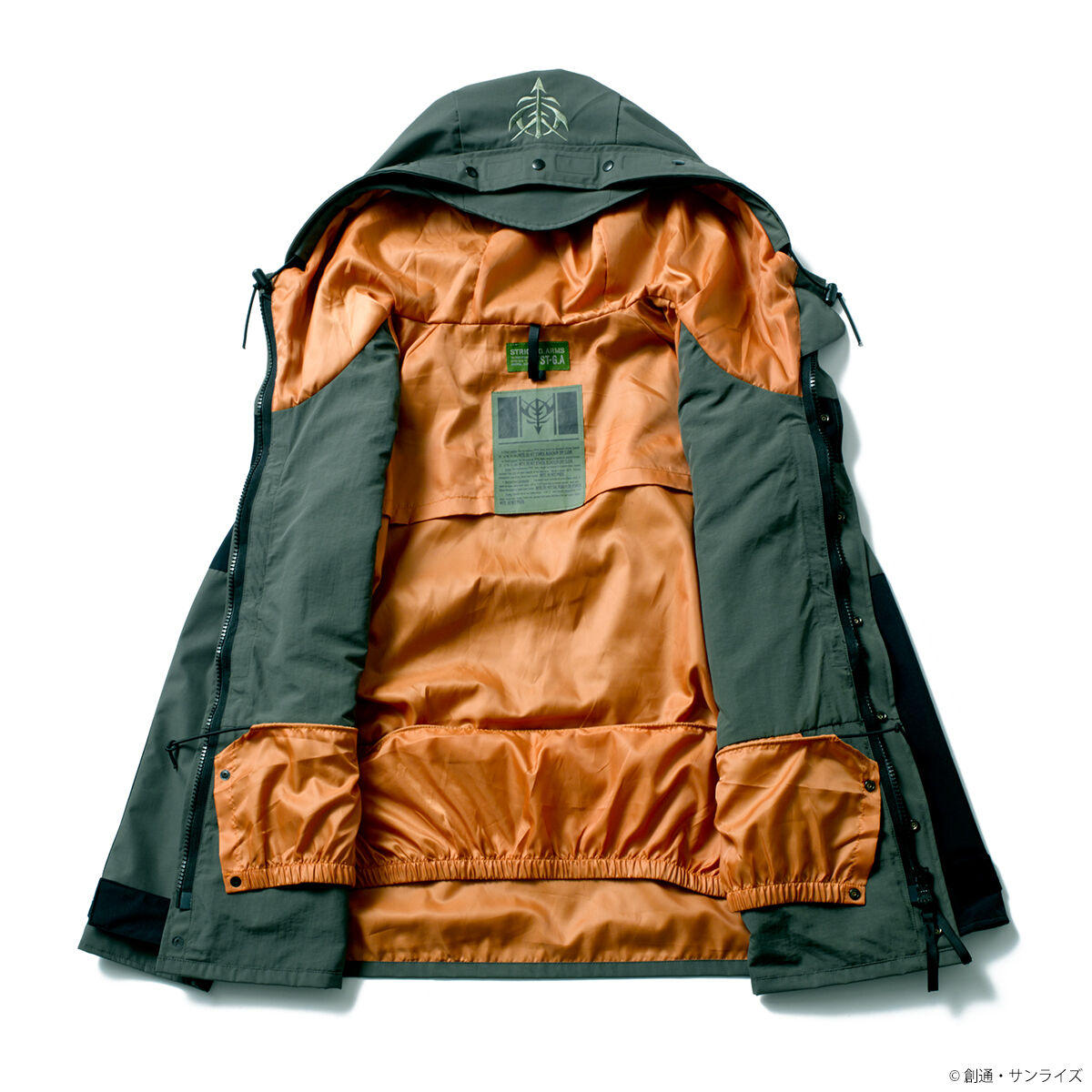 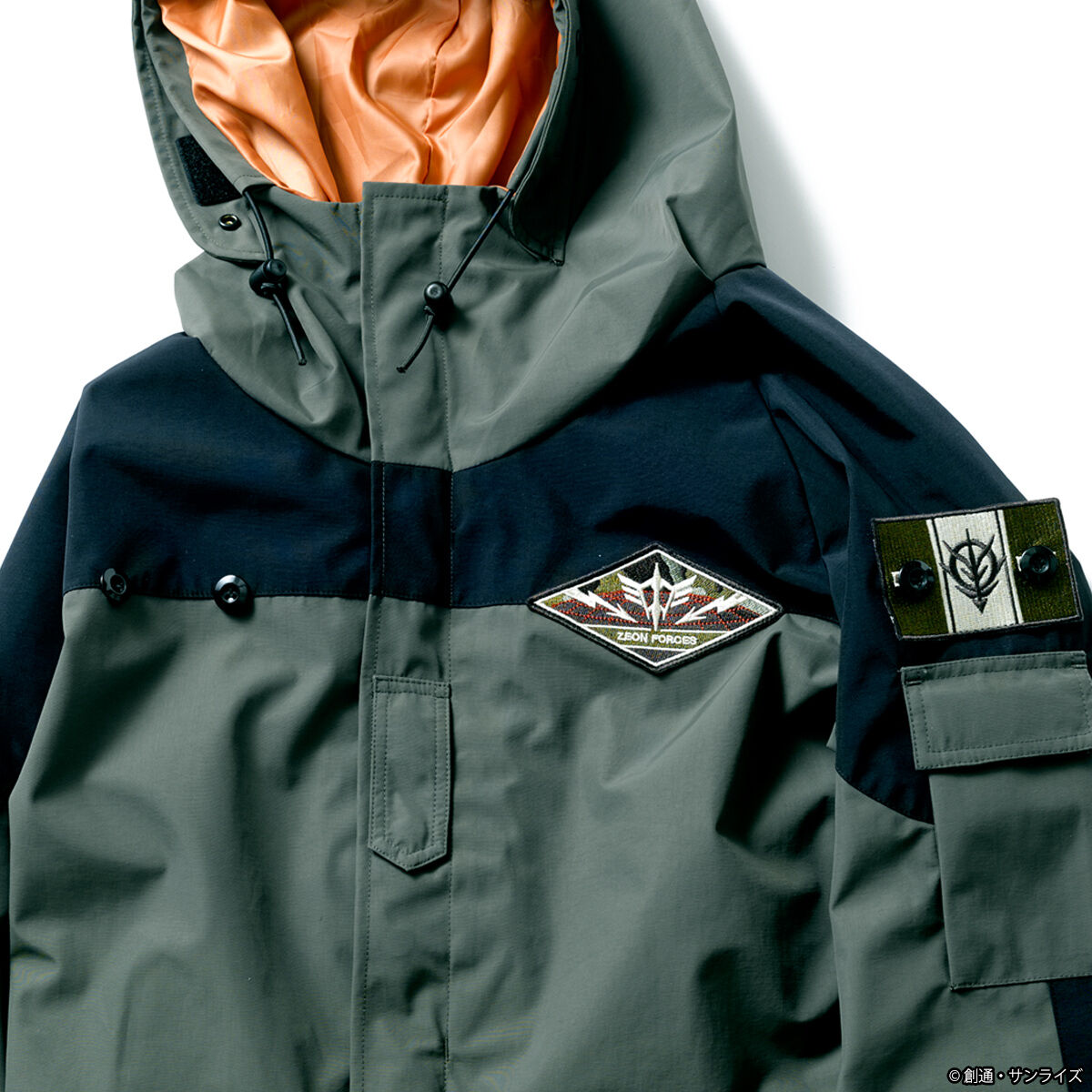 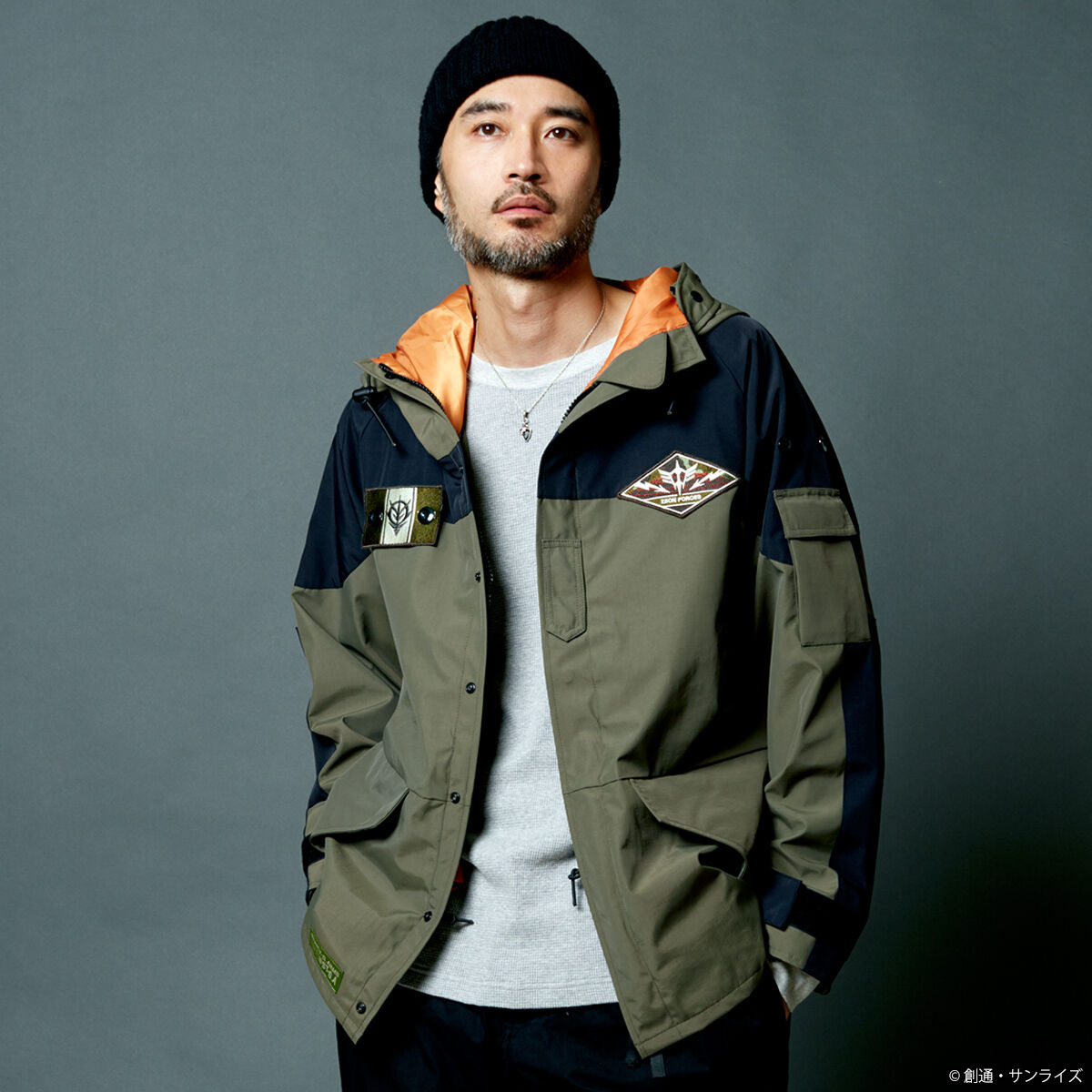 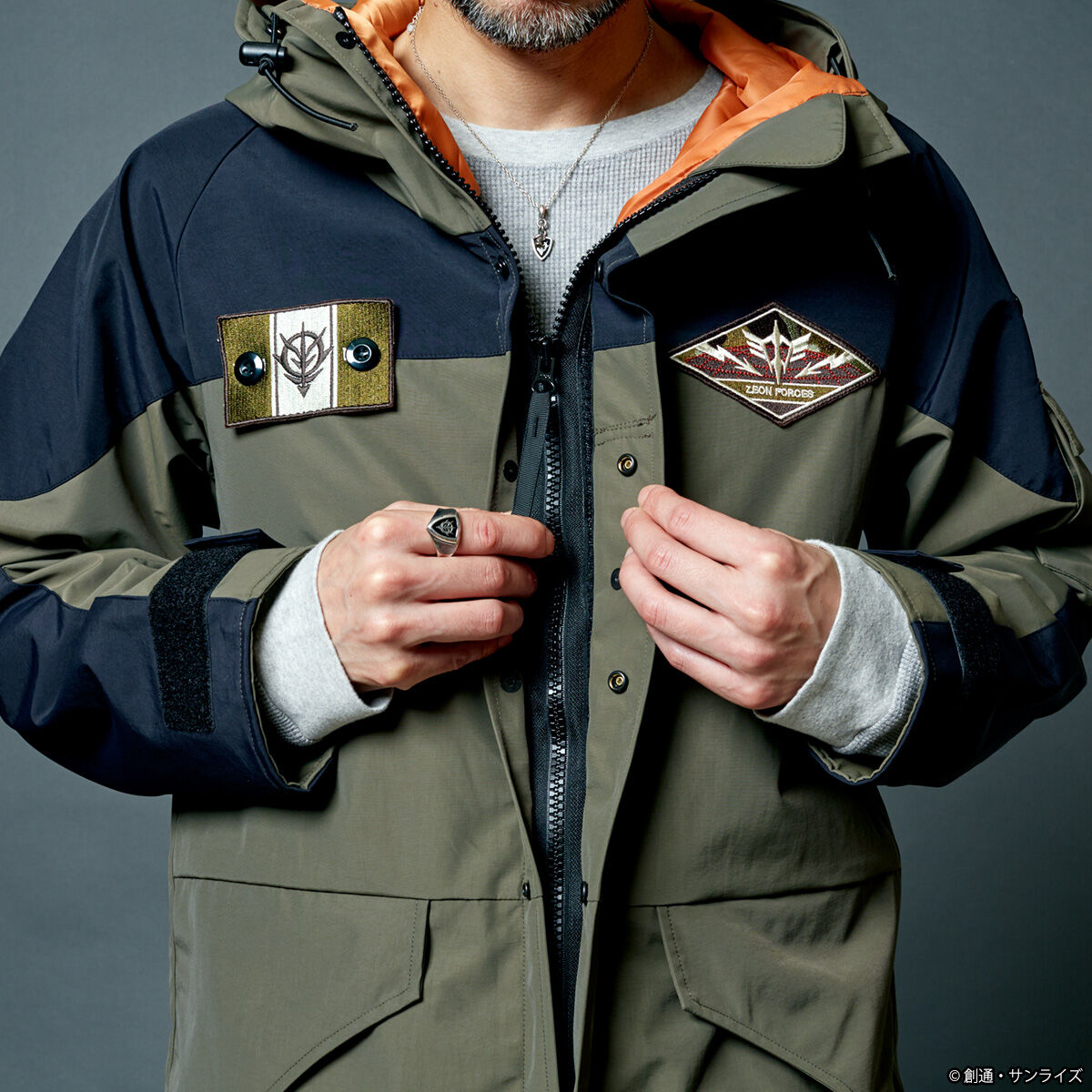 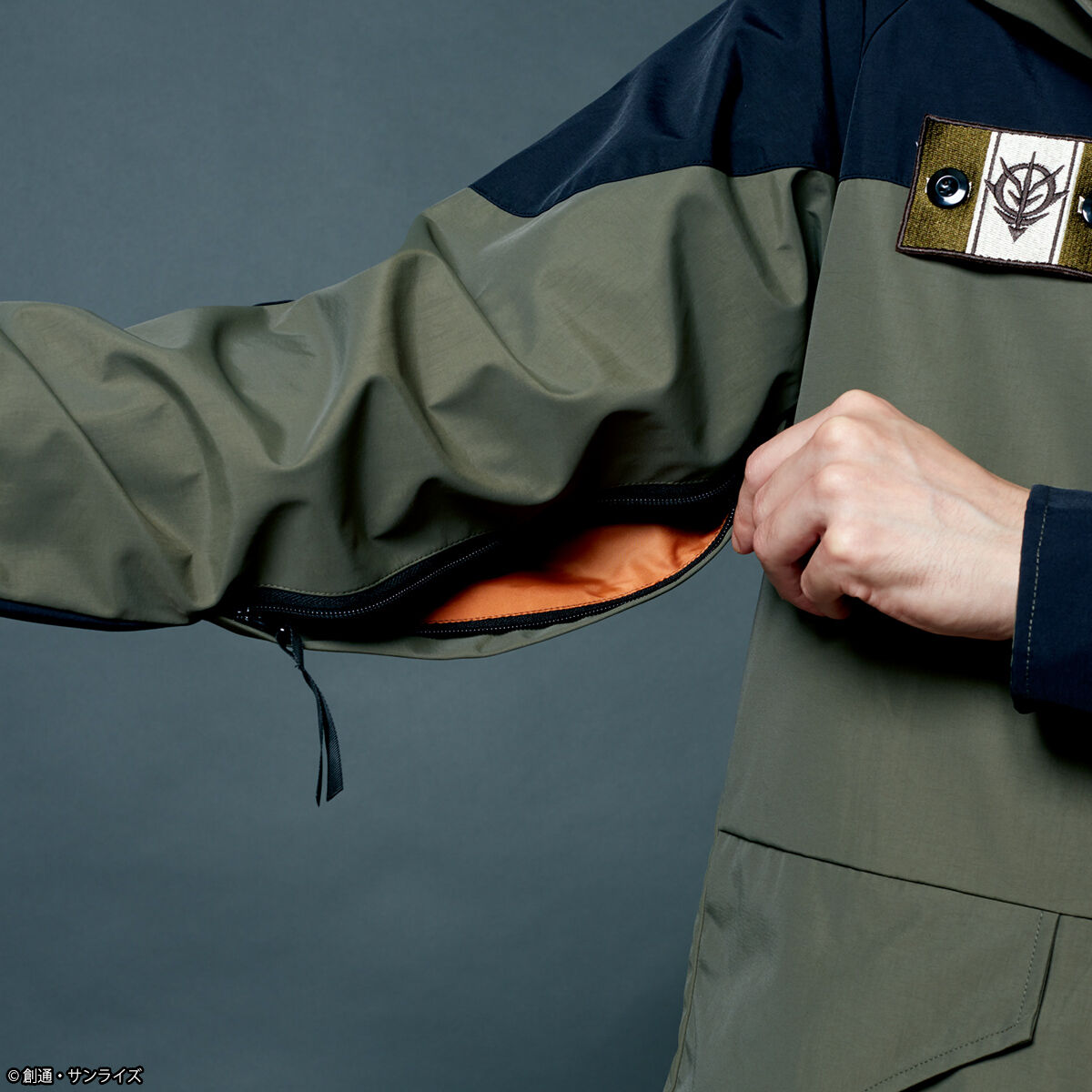 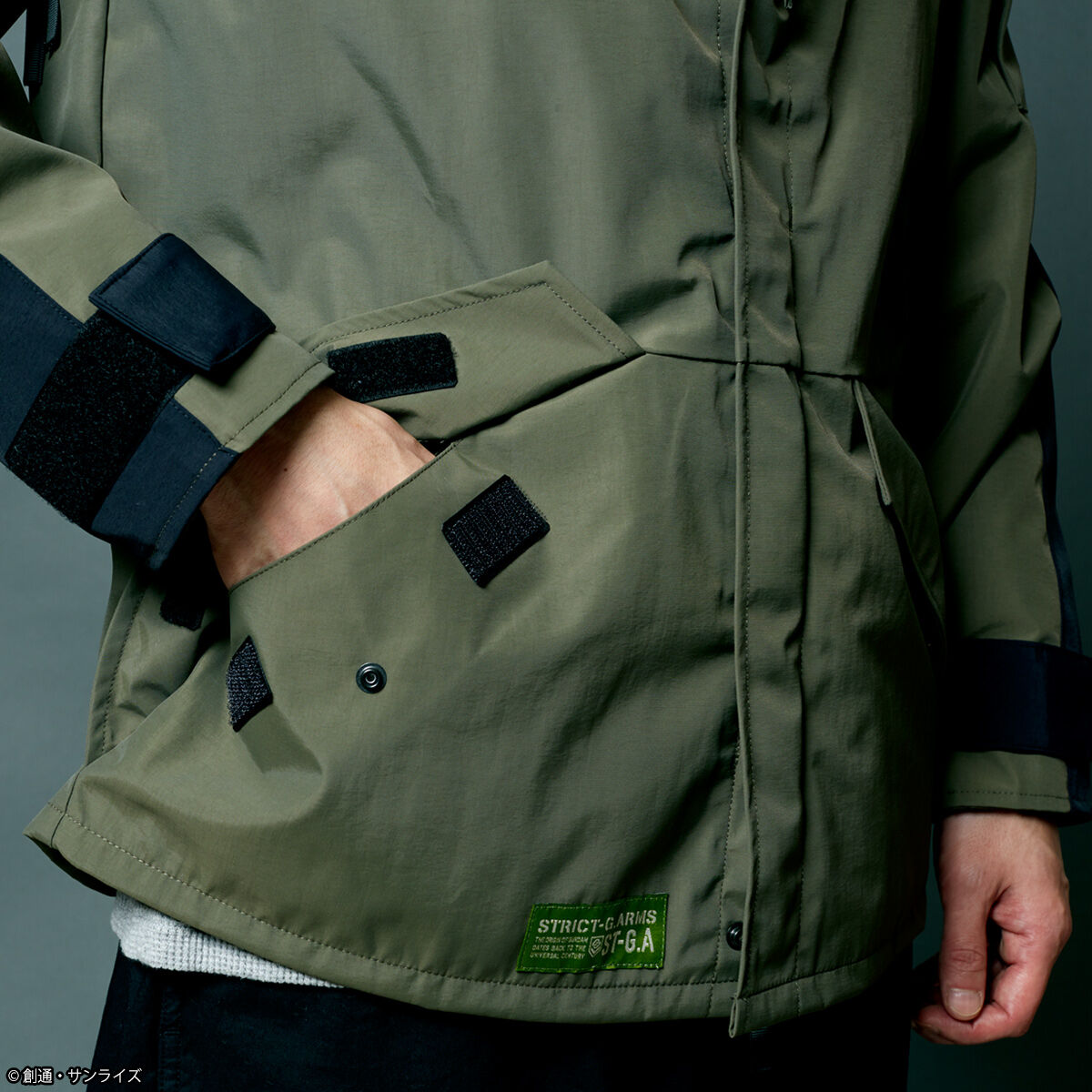 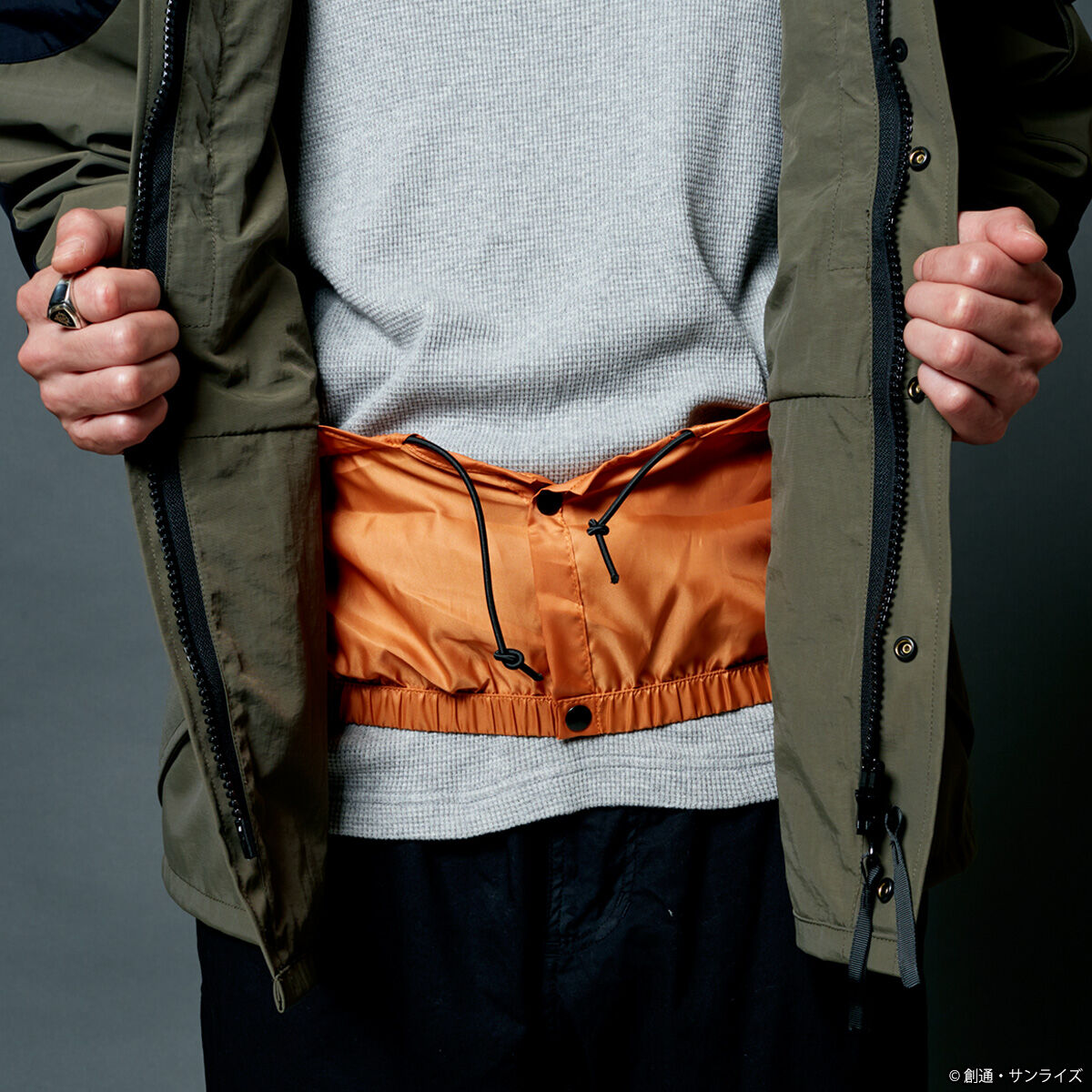 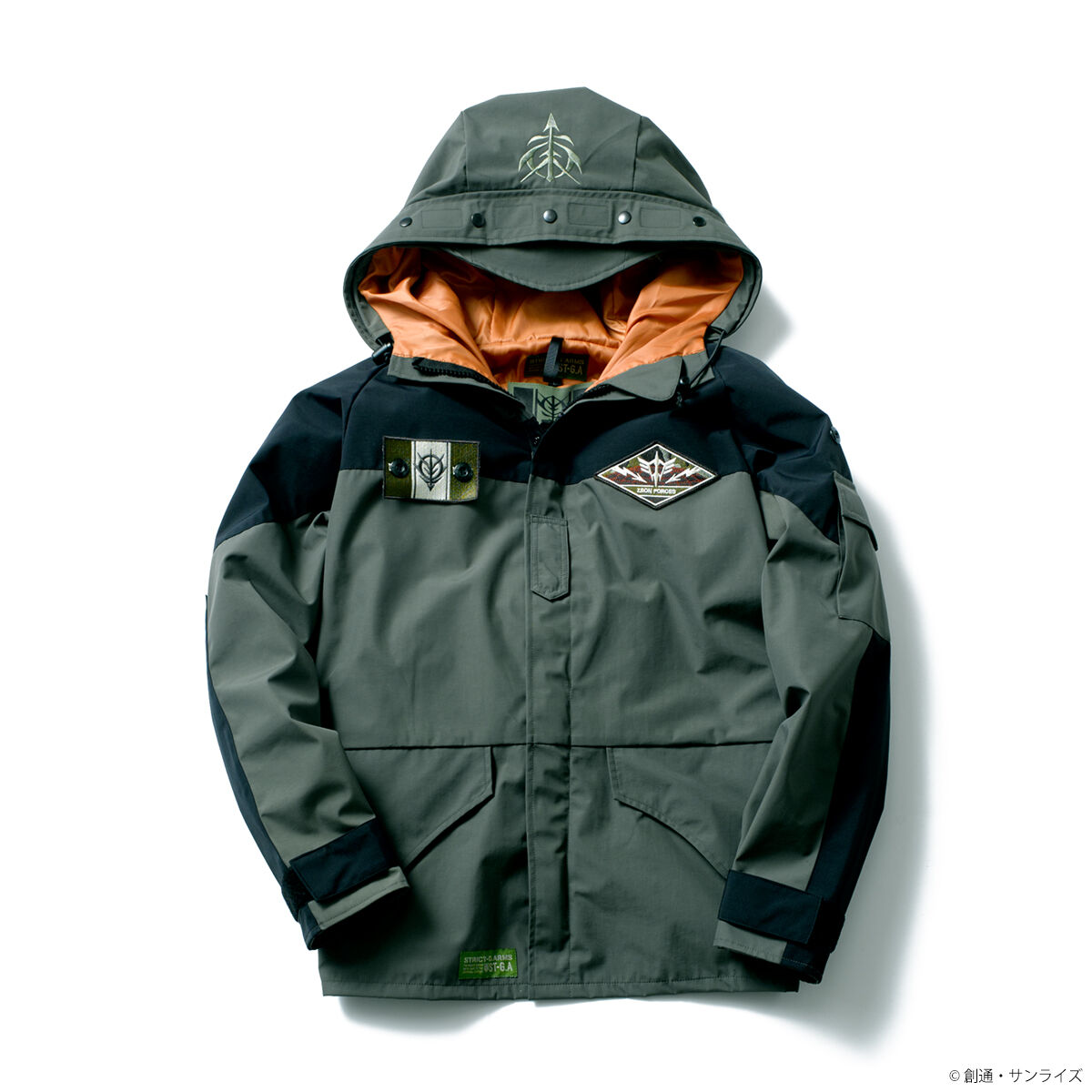 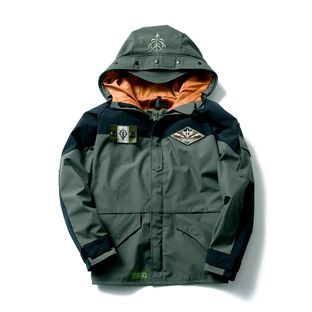 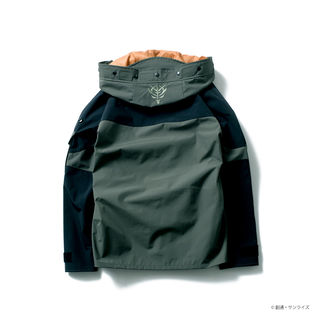 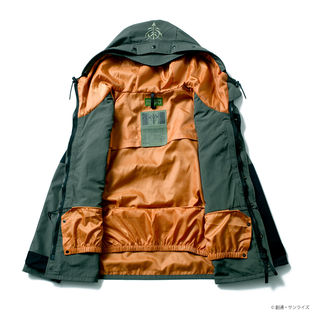 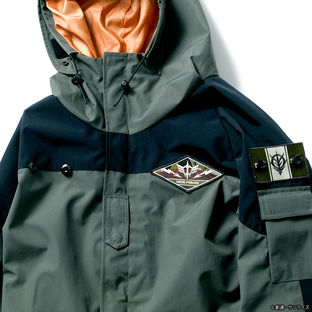 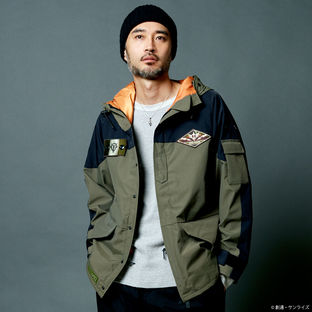 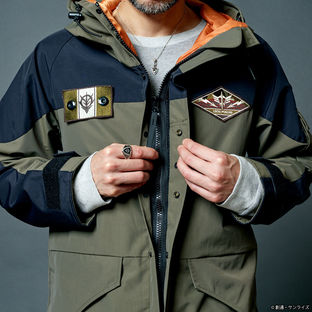 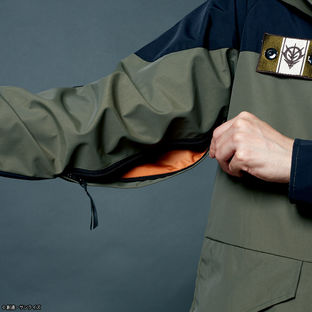 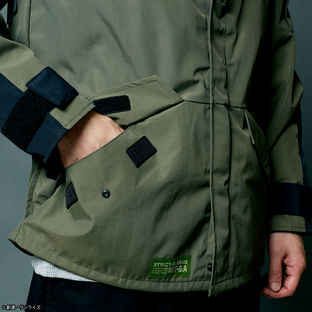 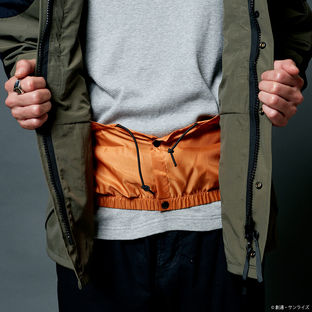 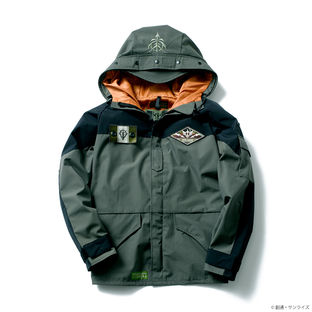 The pre-order period for this item may end suddenly (despite any previously announced pre-order end date) if the maximum order limit is reached. In this case, pre-order cancelations will no longer be available for this item from that time onward as well. 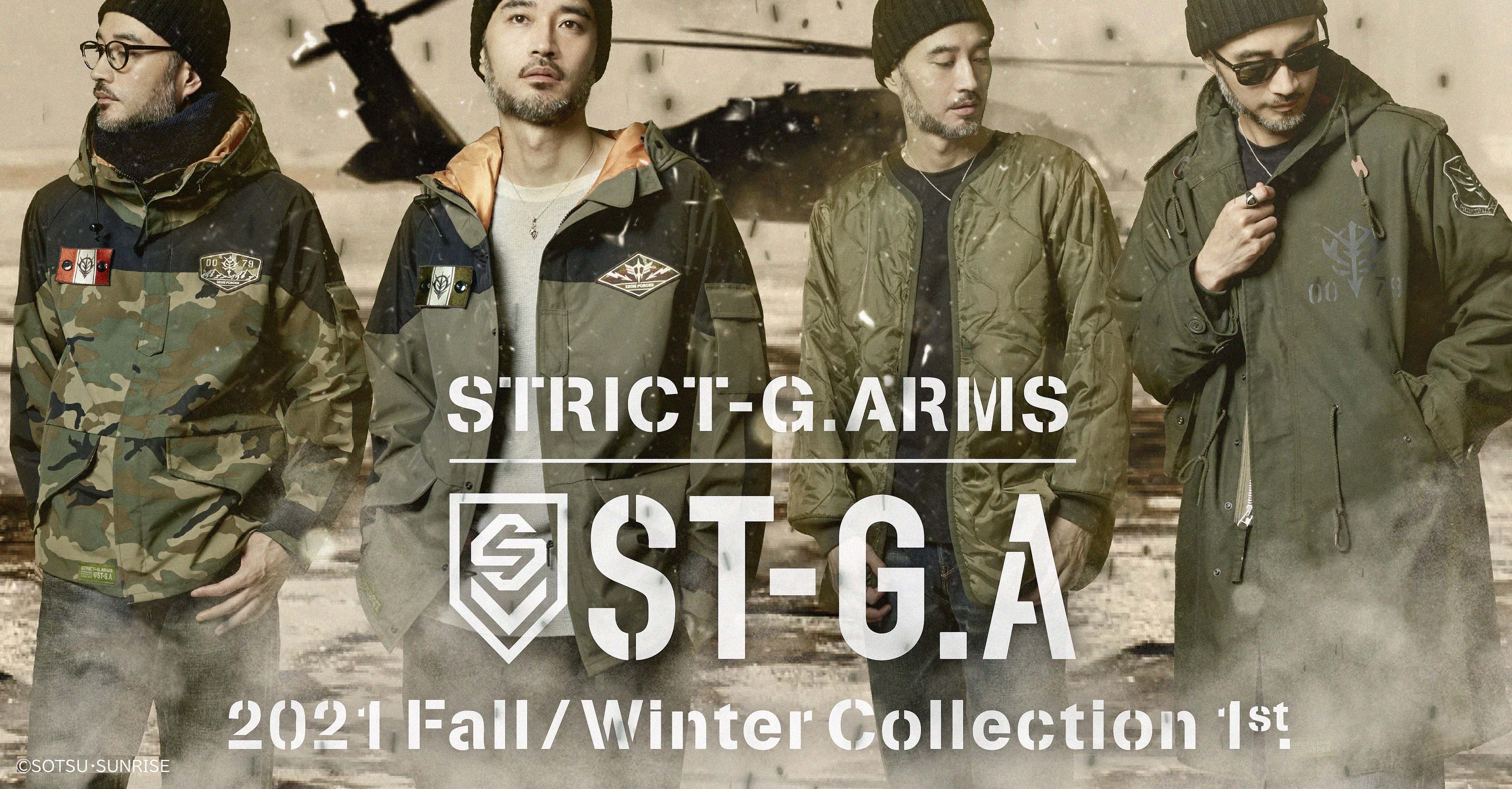 STRICT-G.ARMS is a collection that imagines that the Universal Century, in which Mobile Suit Gundam is set, is historical fact, and offers style with a realistic army atmosphere while being suitable for everyday use.

This is a custom model of the ECWCS PARKA (EXTENDED COLD WEATHER CLOTHING SYSTEM) that was officially adopted by the U.S. military in the late 1980s as clothing for extremely cold climates.
The shoulders and elbows are designed with a switching color scheme, and it's been updated to a town-use version with a somewhat shorter length, and modernized with a slimmer, simple silhouette.
The design features recreations of the signature front tabs of the ECWCS Parka, a hood with a brim, ventilation on the bottoms of the sleeves, and ribs around the lower-back area to keep out the outside air, and a "TYPE 3LAYER" material is used that resists cold, wind, and water, adding elaborate functionality to the jacket's toughness. The left side of the chest has a Zeon Mobile Assault Force patch, the right side of the chest has a removable Zeon emblem patch that can be reattached to the sleeve, and the inside has an originally-designed name patch, producing the aesthetic atmosphere of the world of Gundam. It's great not only for daily use but also for excursions in the outdoors, and it has a real military feel.
【Pre-order Limitation】
1 pcs per order
1 pcs per person