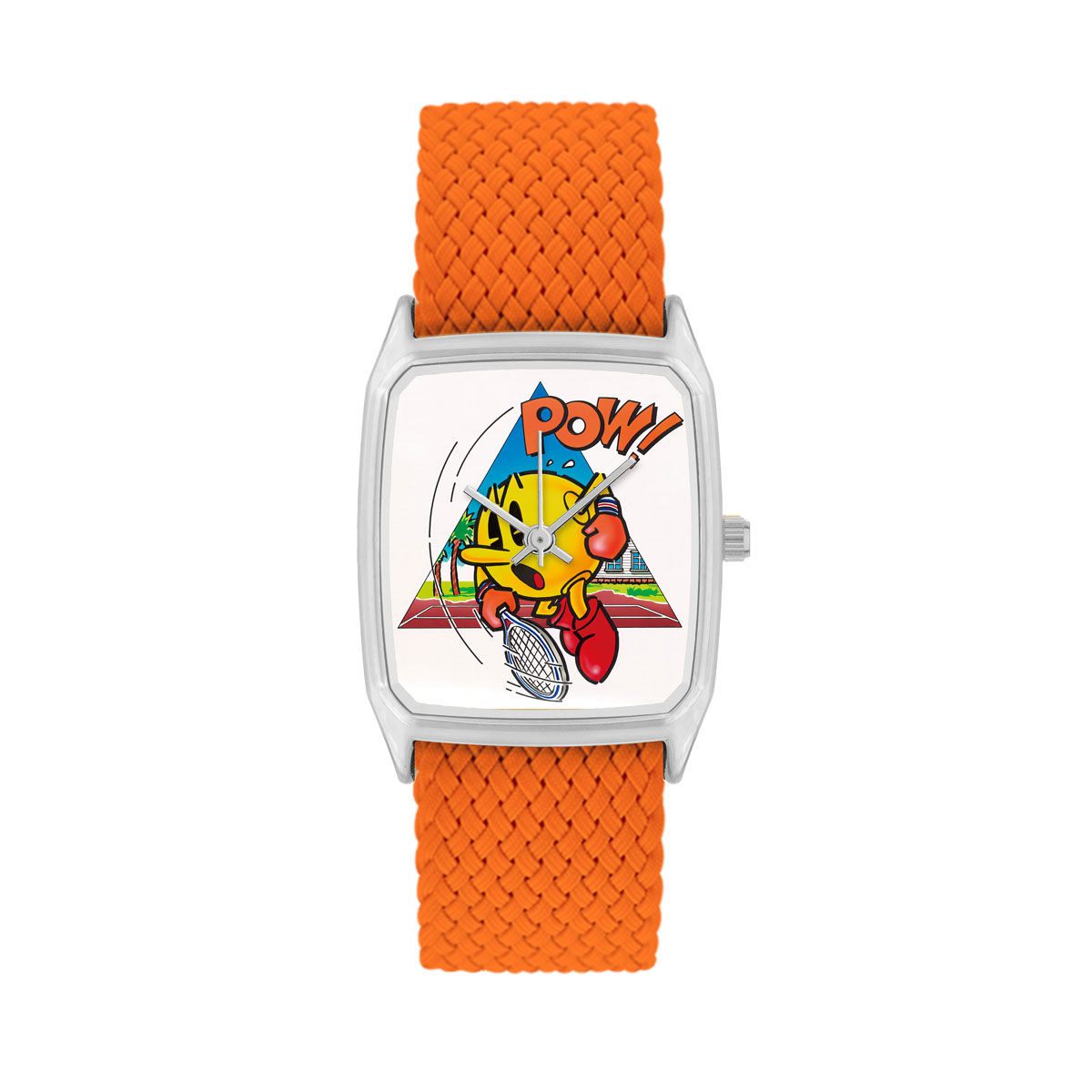 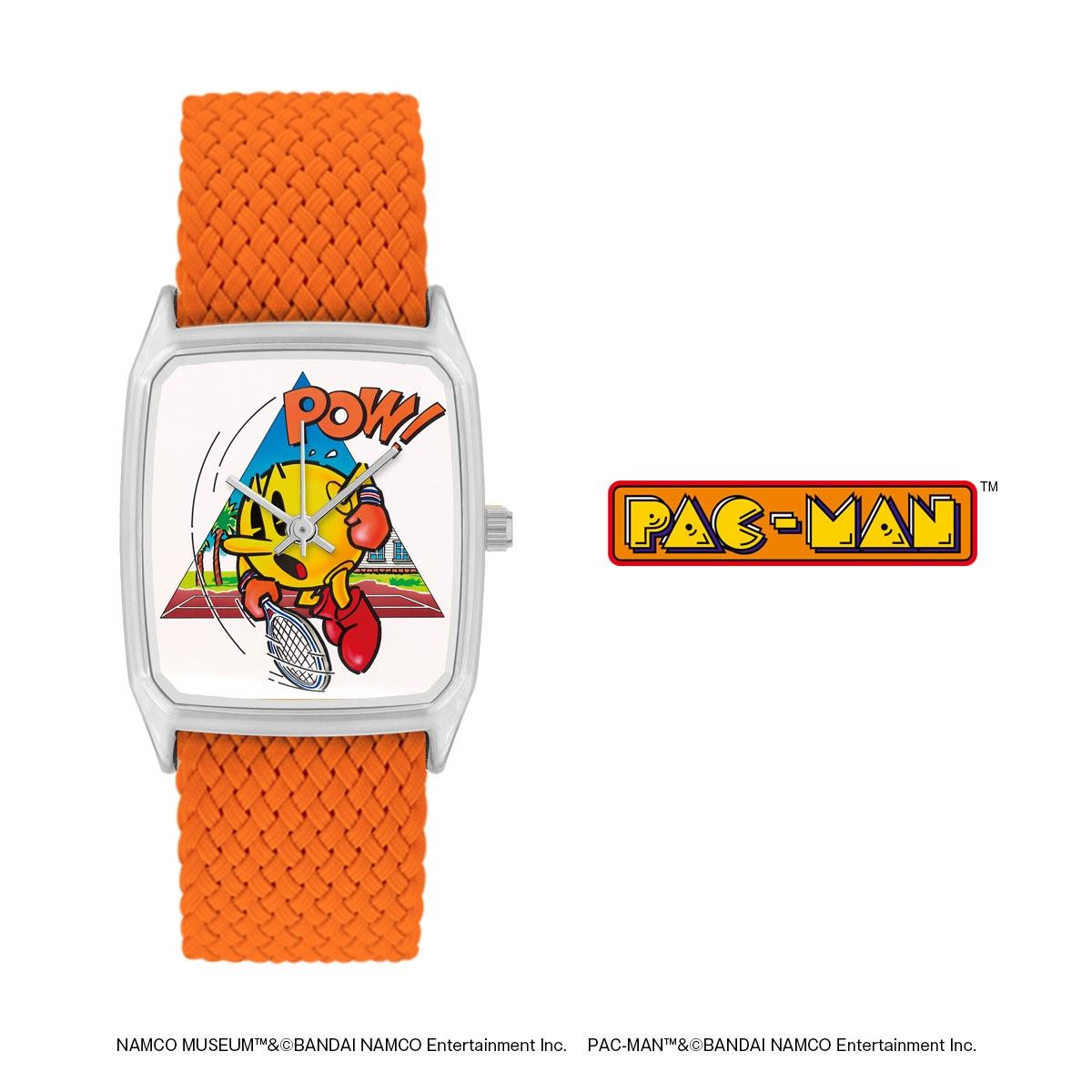 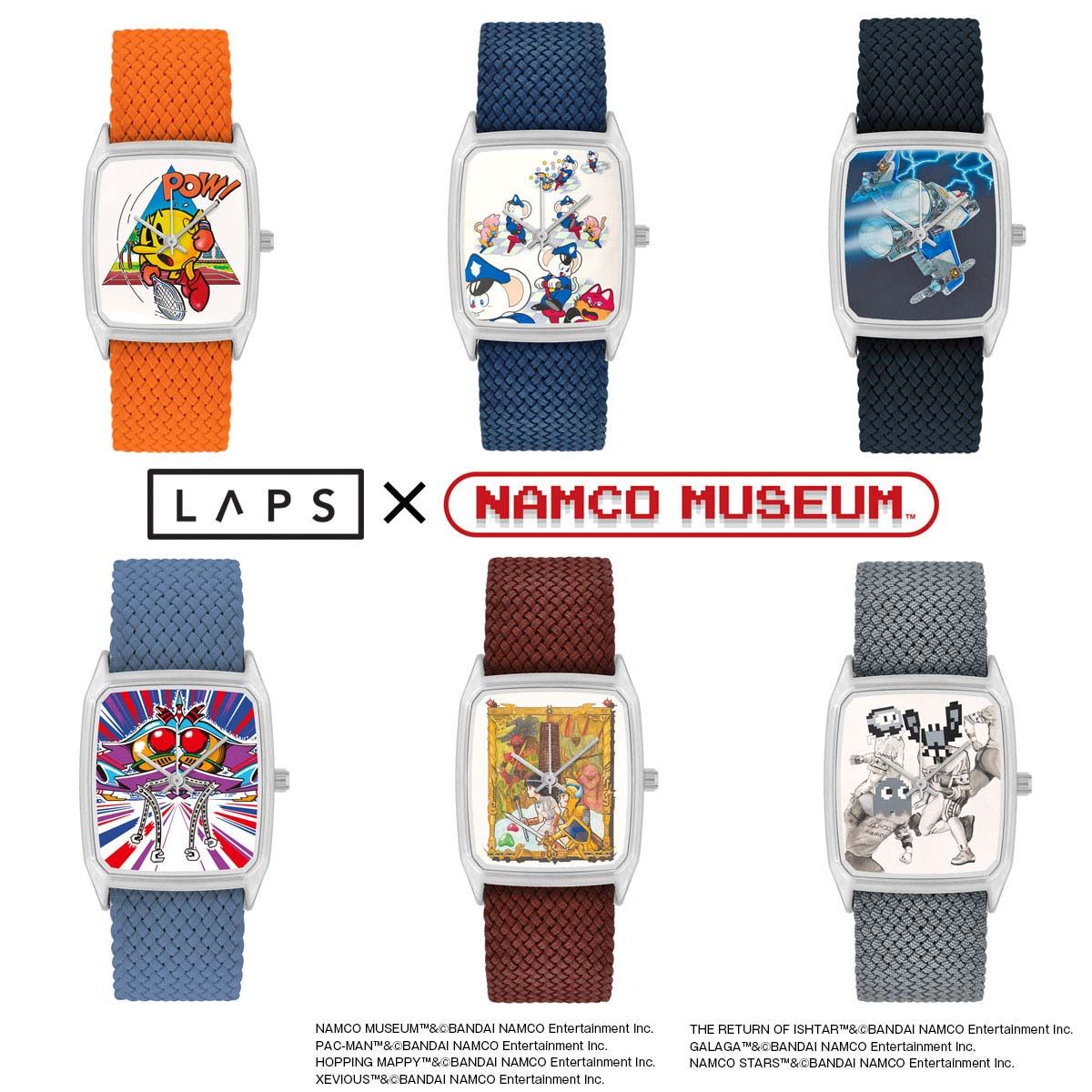 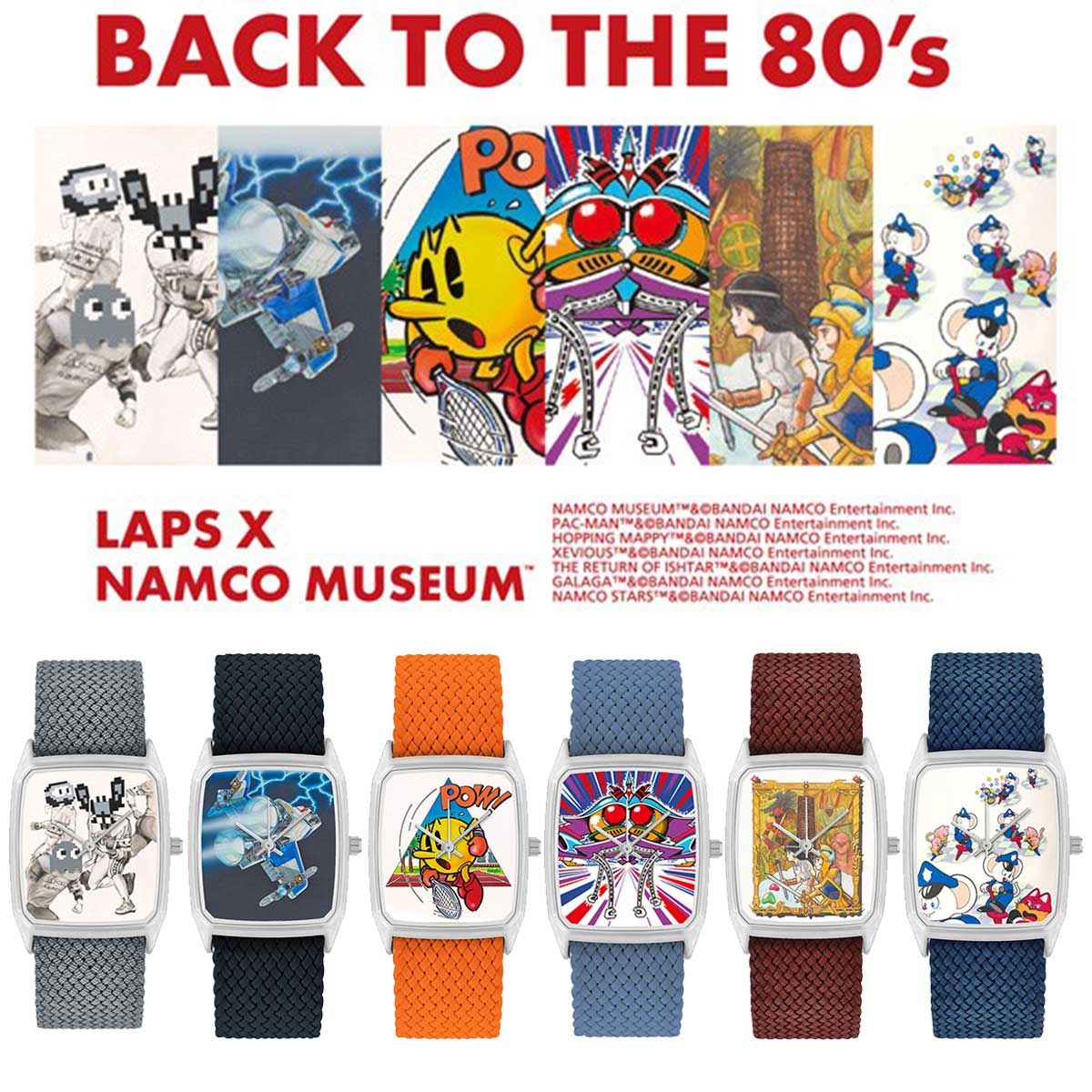 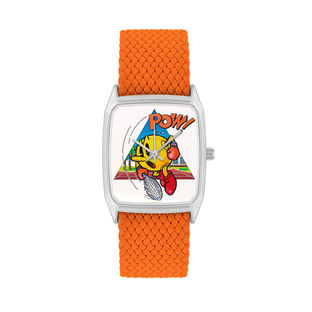 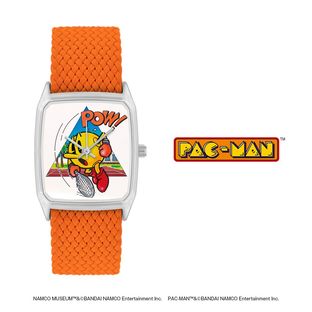 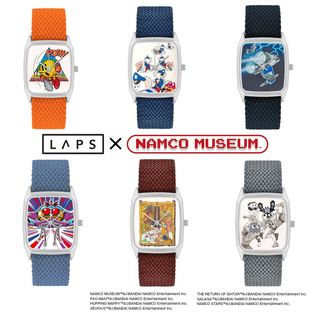 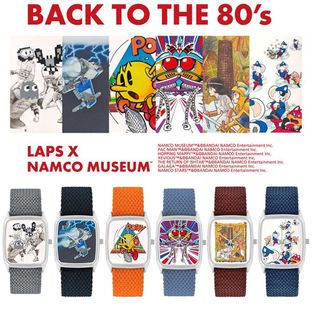 Based on actual illustrations drawn for the games back when they were released, the watch faces are like pieces of art, hand-built one-by-one by skilled crafters. They'll not only bring back thrilling memories for fans who played the games in their youth, they also have a timeless charm that will appeal to young people today.
● About the Watch Faces ●
[ Pac-Man ]
This action game was released in 1980.
The concept is simple: eat!
Try not to get caught by the four ghosts as you race around the maze, eating rows of cookies.
By offering vivid and colorful visuals and pop characters in the form of a video game, Pac-Man has had a lasting influence on 80s pop culture.
Weight: 26g
Movement: Japanese Miyota Quartz
3ATM Water Resistant