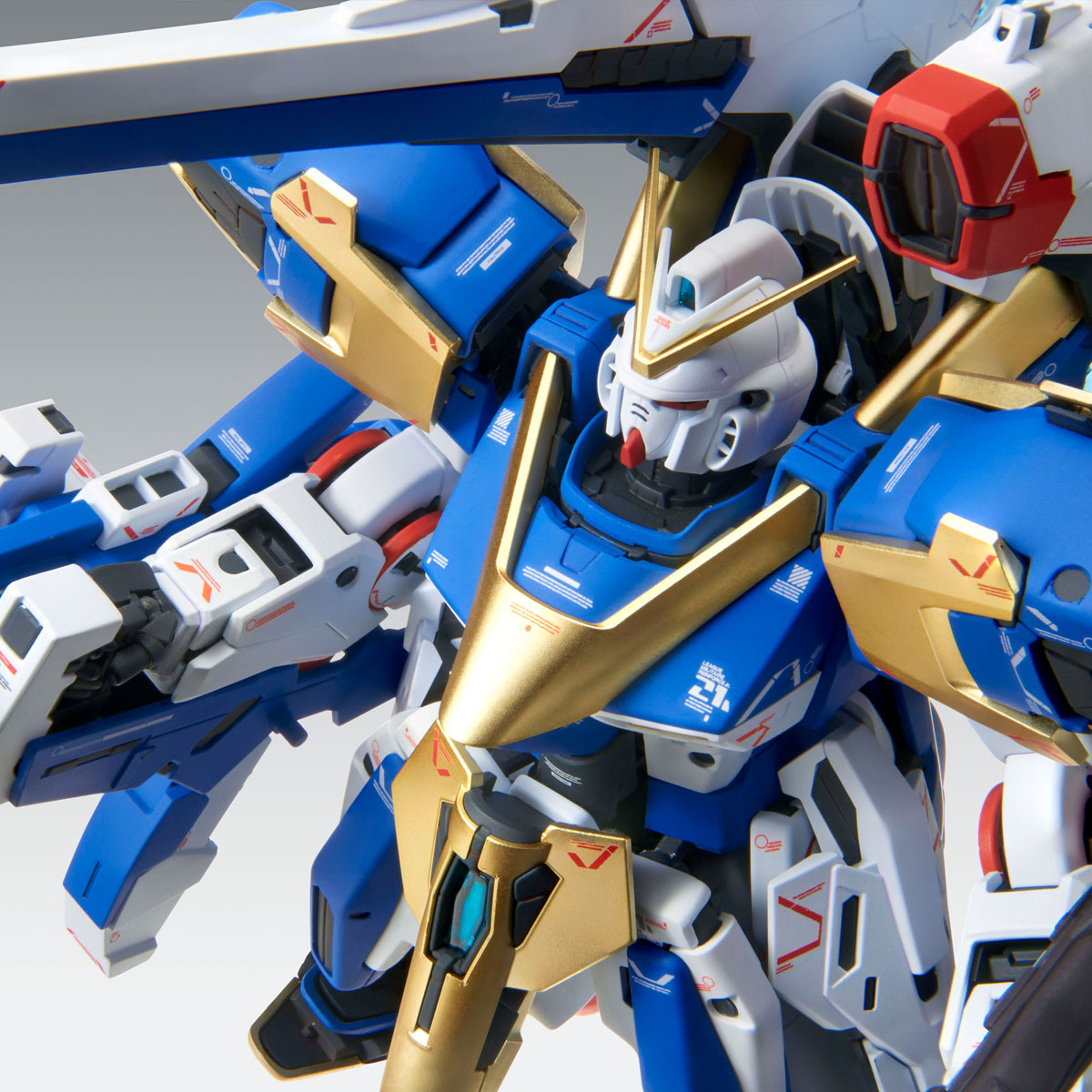 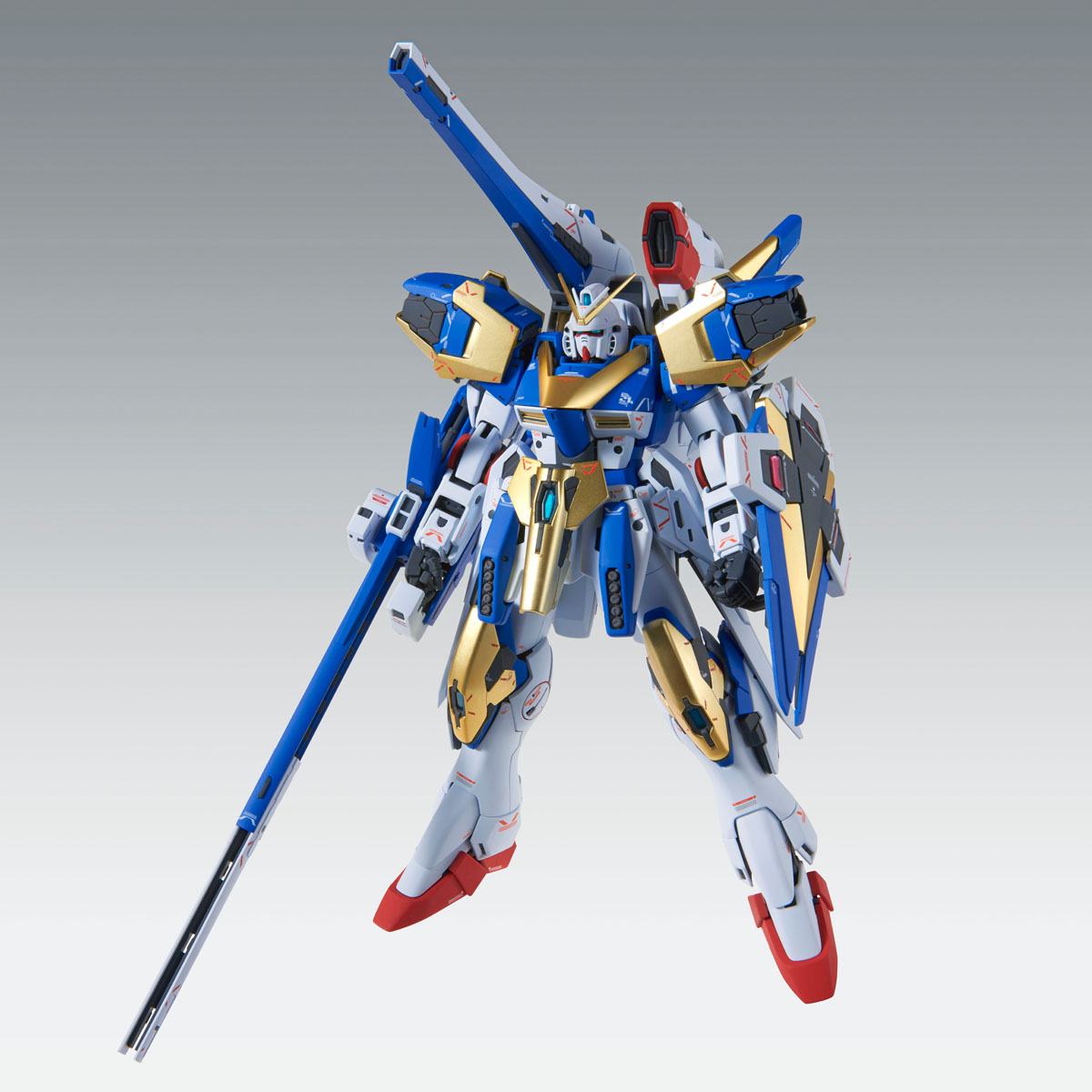 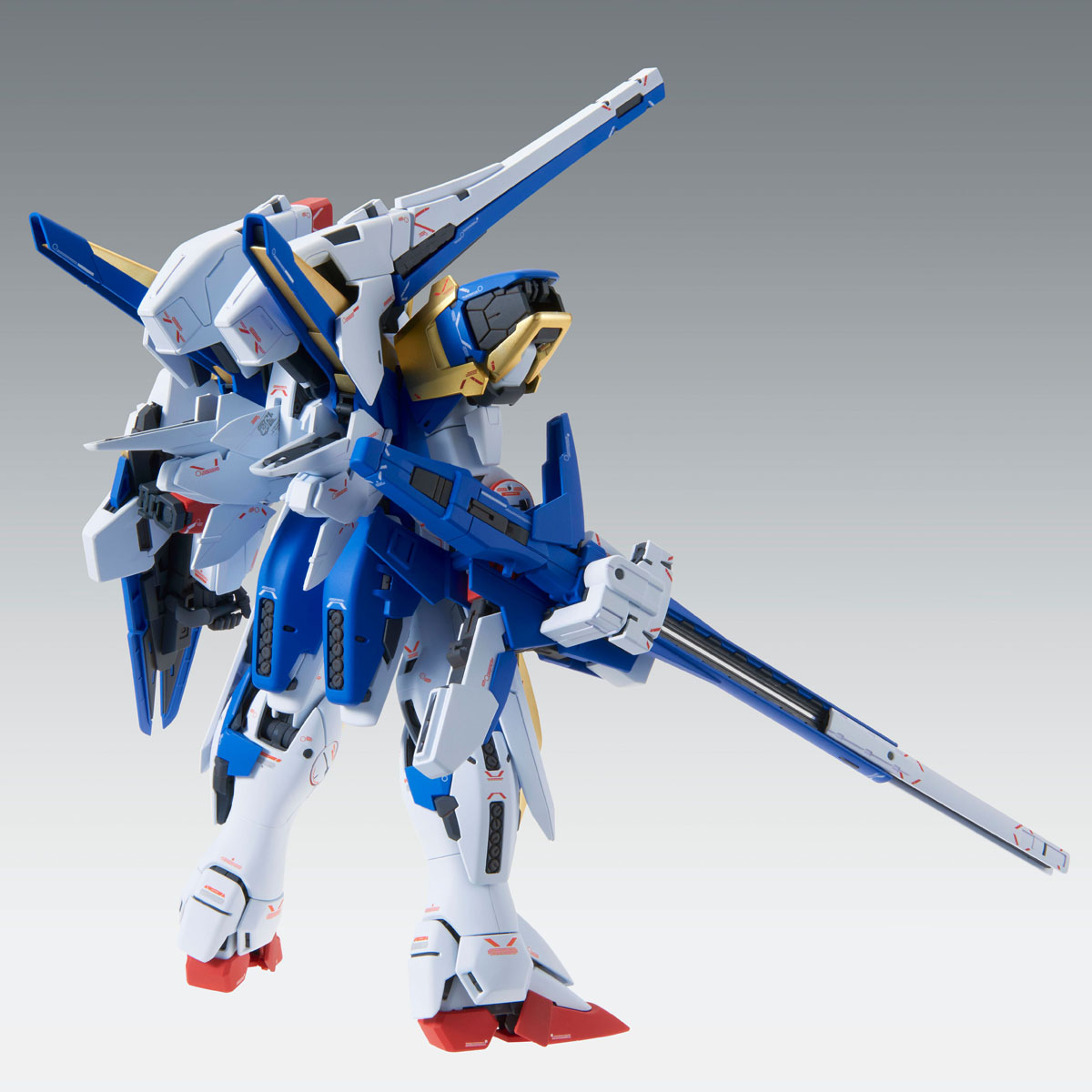 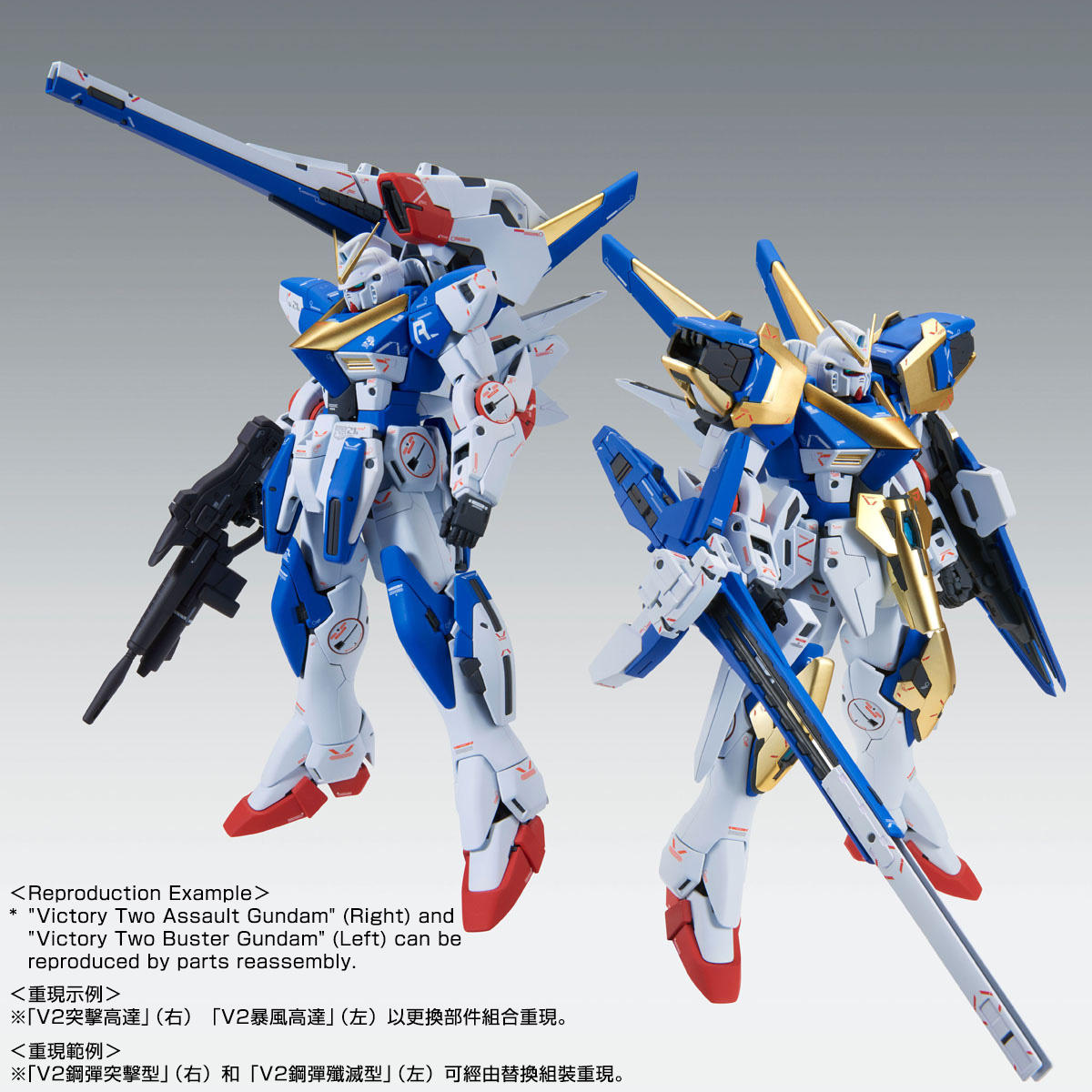 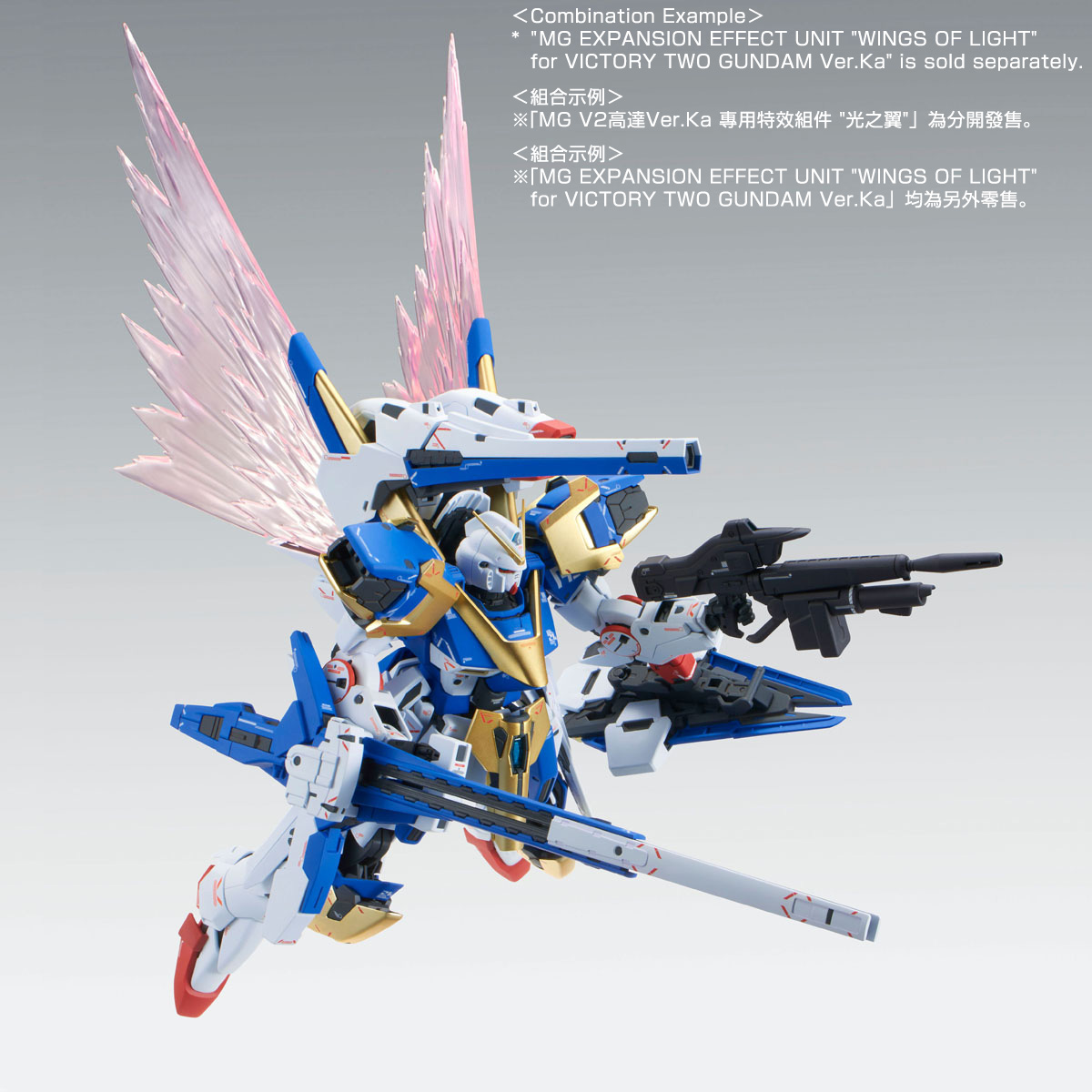 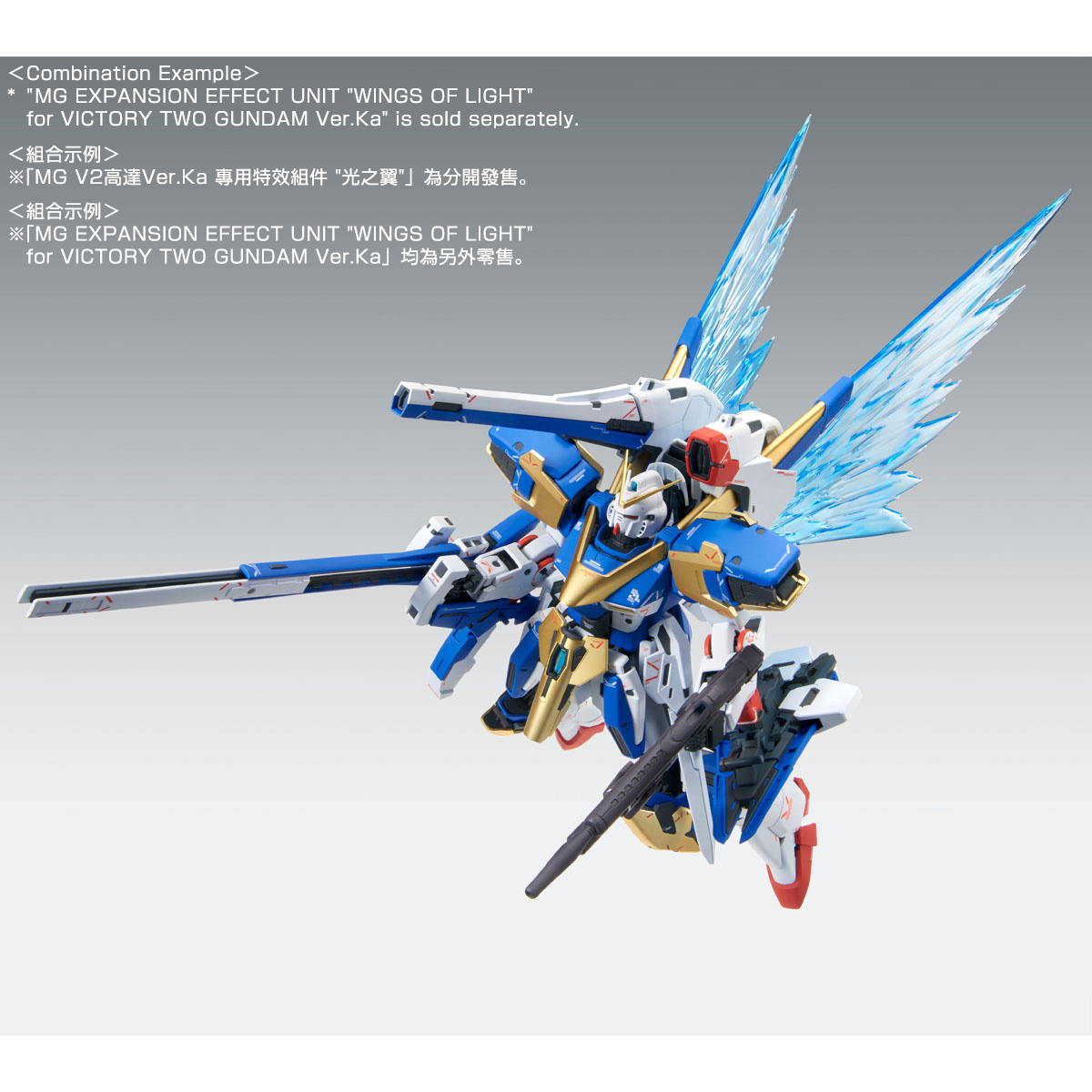 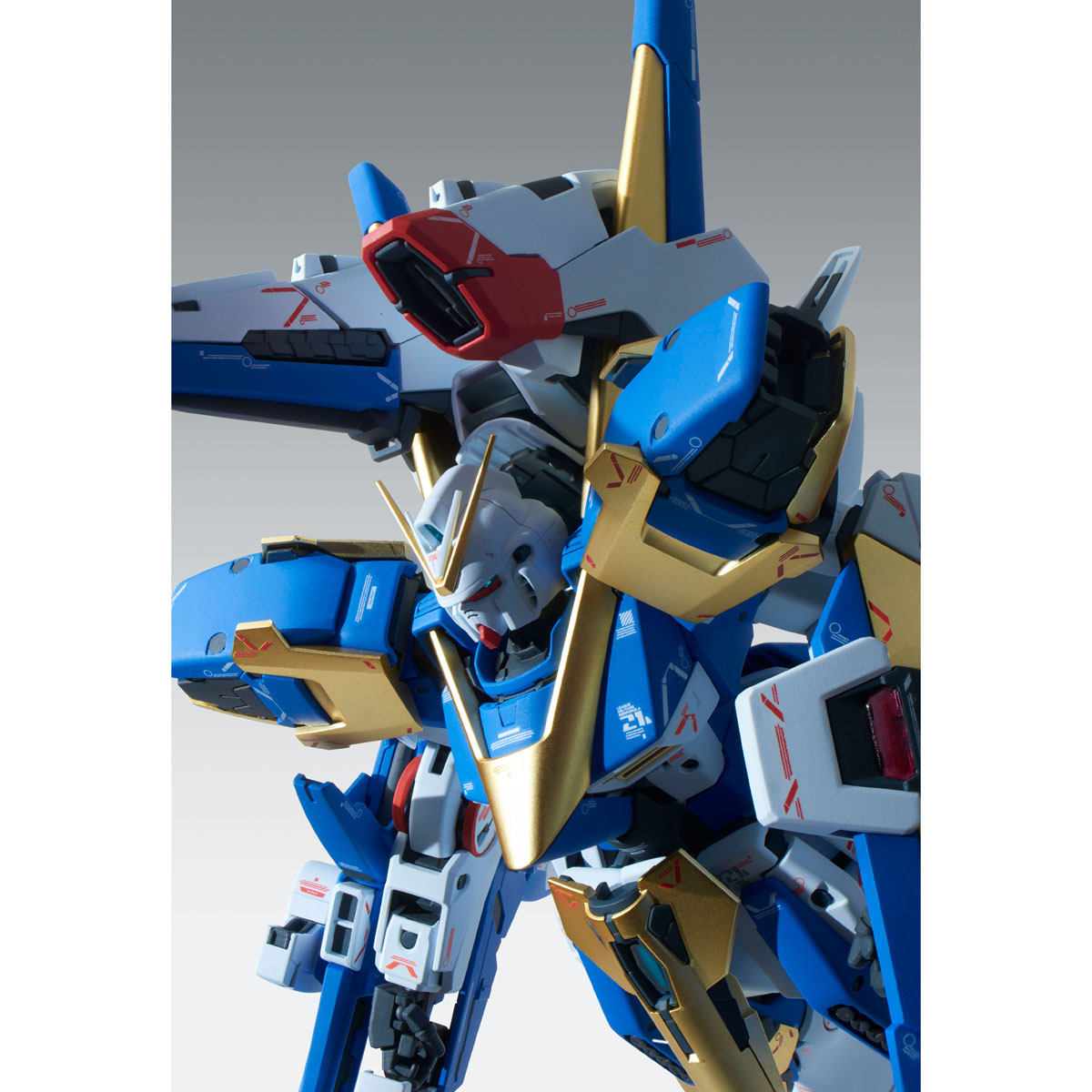 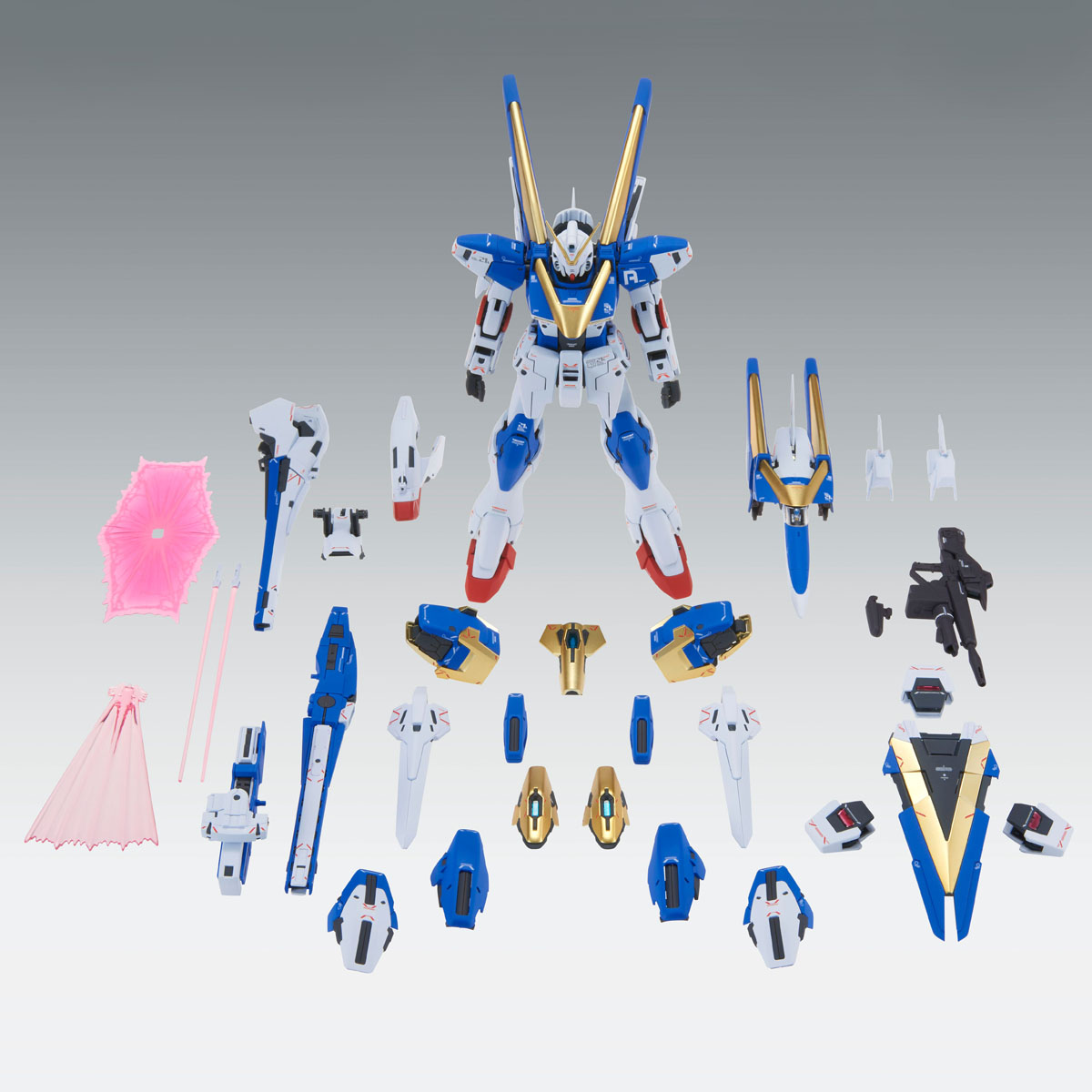 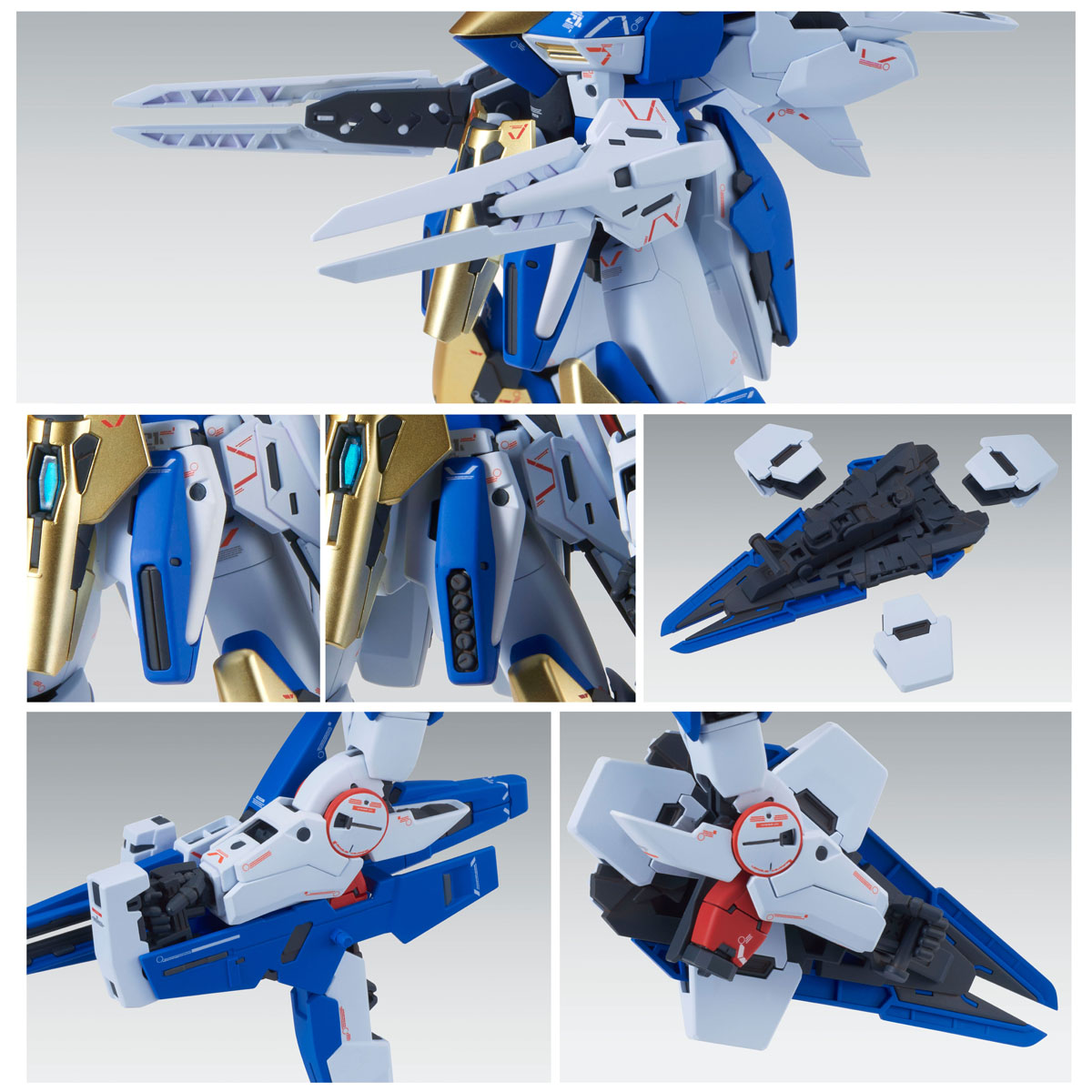 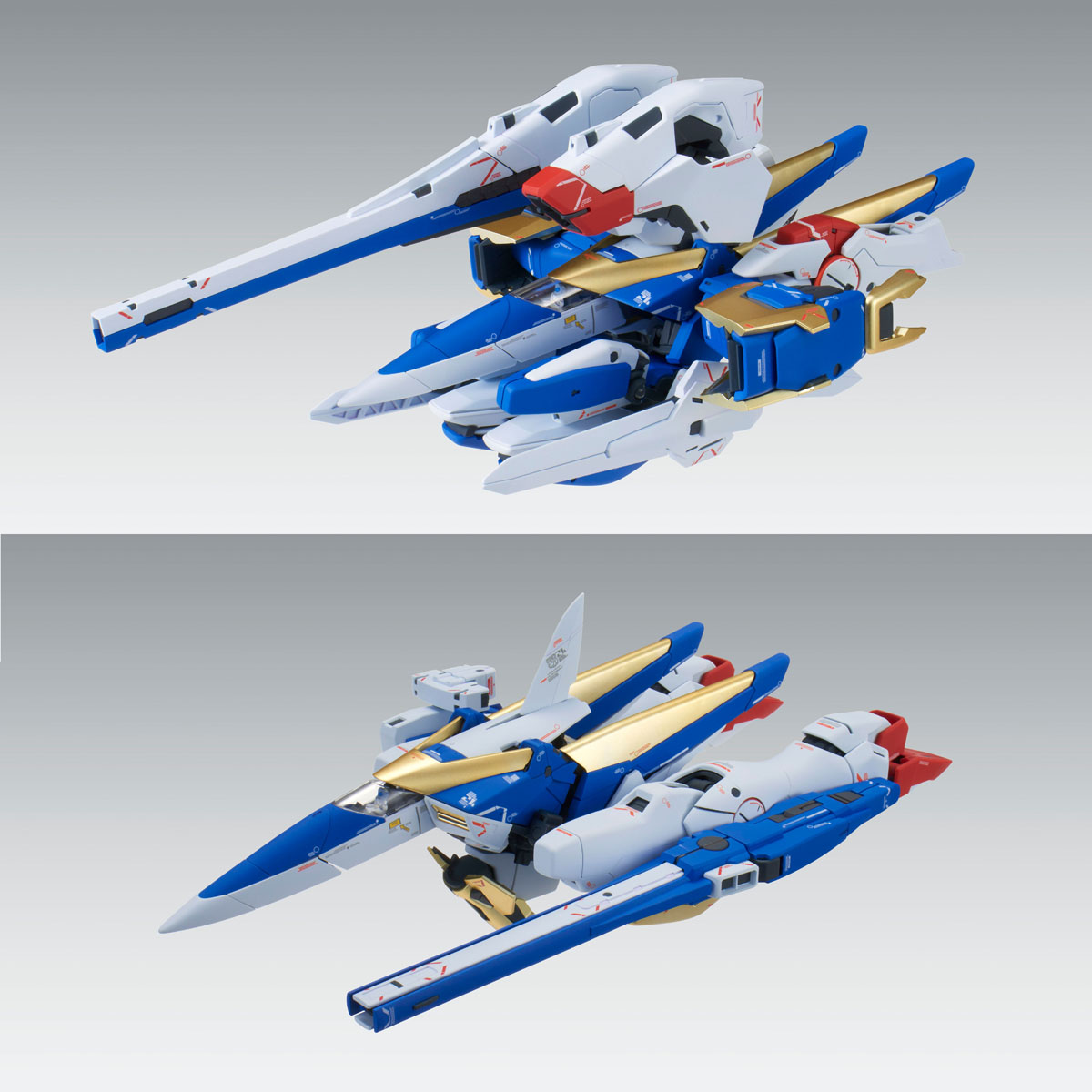 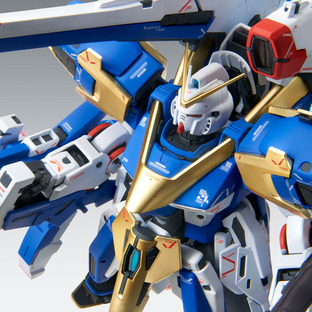 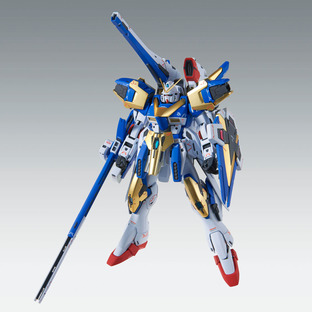 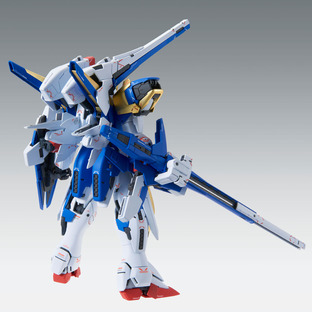 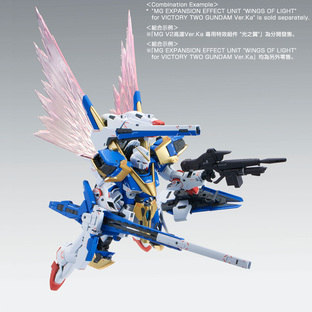 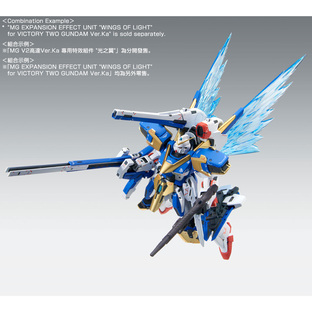 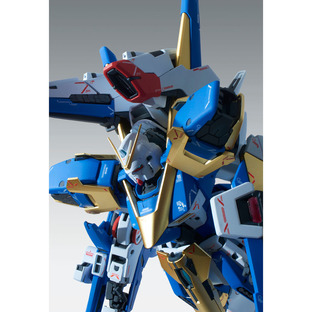 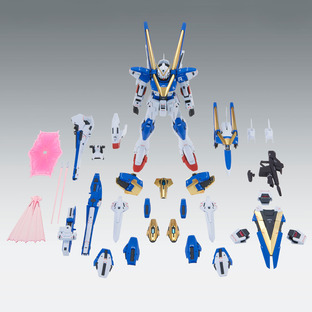 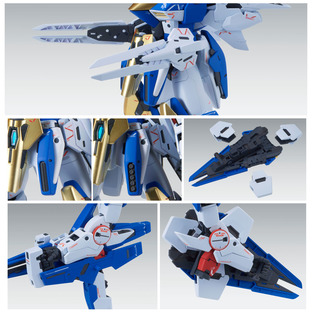 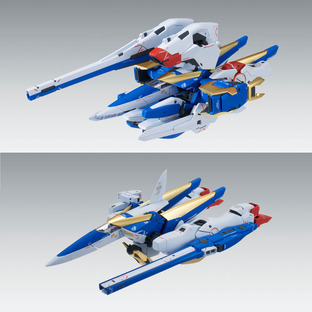 The final form of Victory Two Gundam is reproduced in MG "Ver.Ka" series !

Additional weapons across its body are reproduced by new moldings.

Additional weapons of the “Assault Buster” mode, including its heavy weapons and offensive/defensive armaments, are reproduced by new moldings.

The giant Mega Beam Rifle composed of the barrel unit and the control unit is reproduced by new moldings.

The barrel unit slides and the grip, aim sensor and the heat exhaust fins include transforming gimmicks.

V.S.B.Rs on the waist are reproduced by new moldings. Their transformed mode can be reproduced via slide gimmick.

The Mega Beam Shield is reproduced by new moldings. The three barrier bits can be split and detached.

The six Missile Pods on the Waist and Leg parts can be replaced with parts reproducing the hatches either closed or opened.

Additional weapons and armors can be removed and reattached,

allowing the switching between the heavy-armored Assault mode and the heavy-armed Buster mode by reassembling its parts.

● Body's coloring renewed for reproducing its rich and heavy texture

Its characteristic yellow and gold parts are colored by matte gold coating.

Also its red, blue, and white parts are renewed to match its image in the original anime.

Includes updated parts of the newly structured internal frame and parts of exteriors to hold the various armaments of "Assault Buster."

*The product in the image is a prototype still in its developmental stage. The product is also painted. The actual product may appear differently from the image.

*Please note that in some cases bubbles may enter the clear parts during manufacturing process.

･The product specifications are current as of October 2018. We ask for your understanding as they may be subject to change.