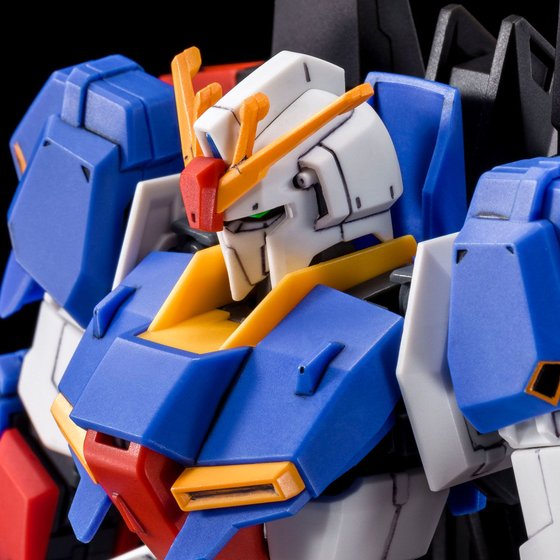 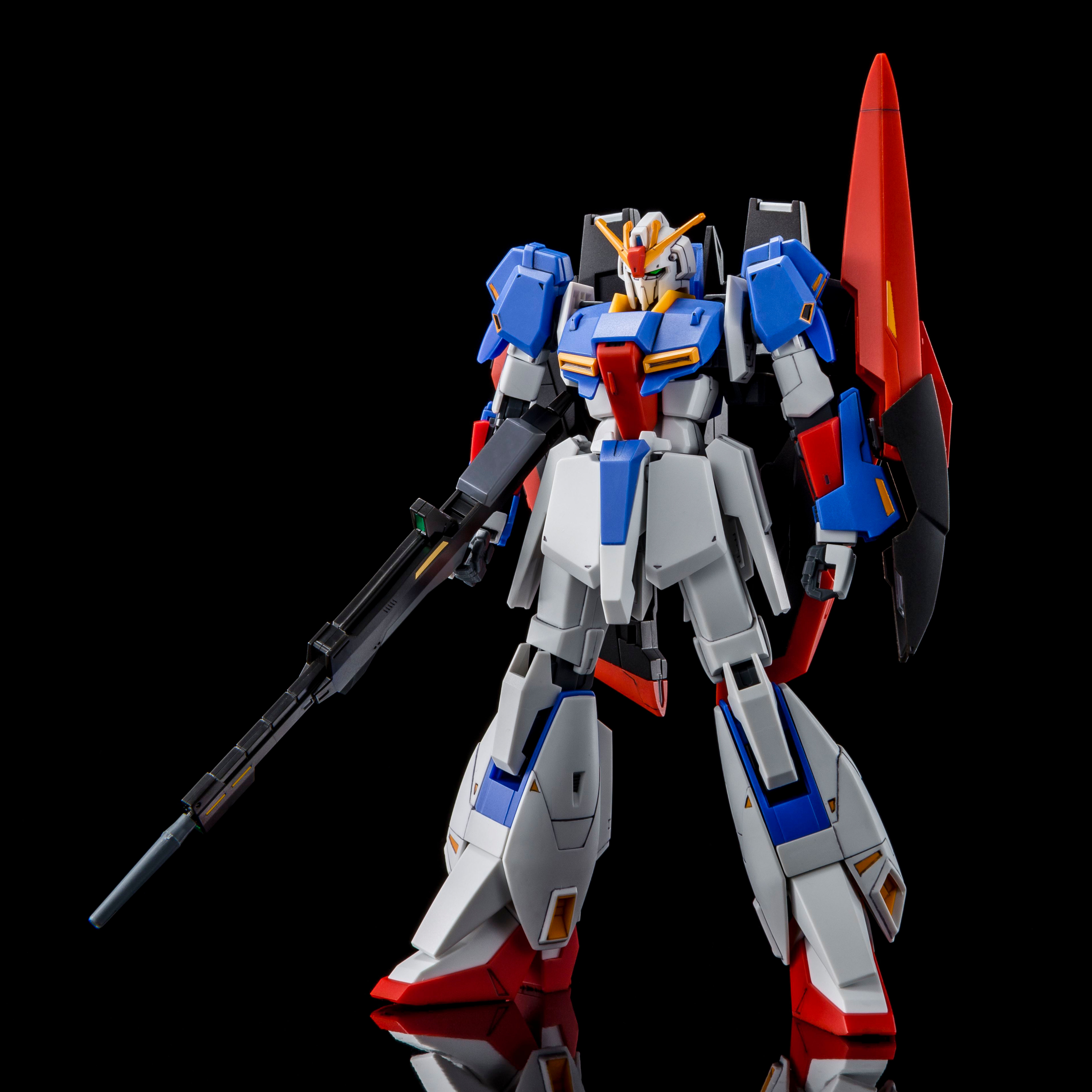 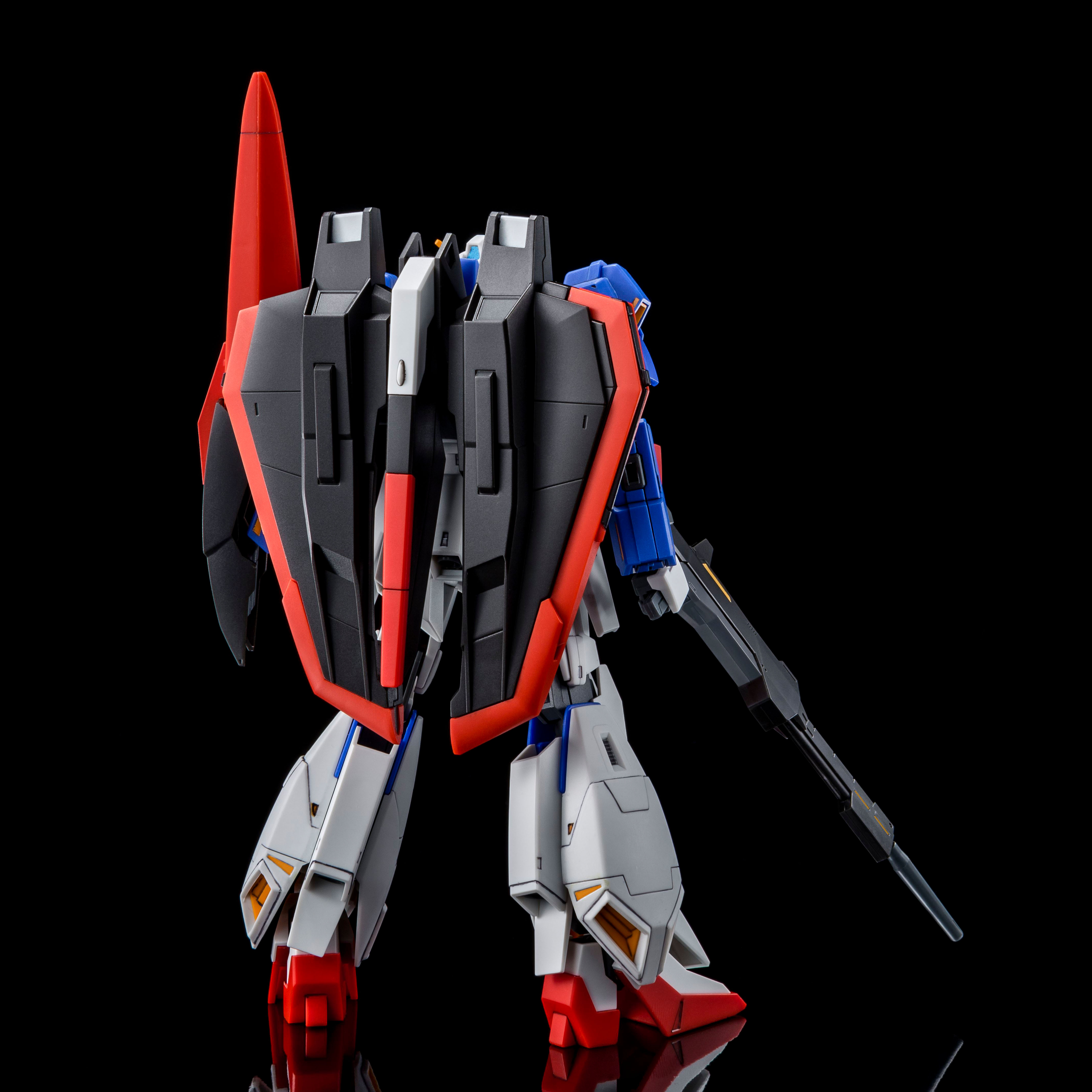 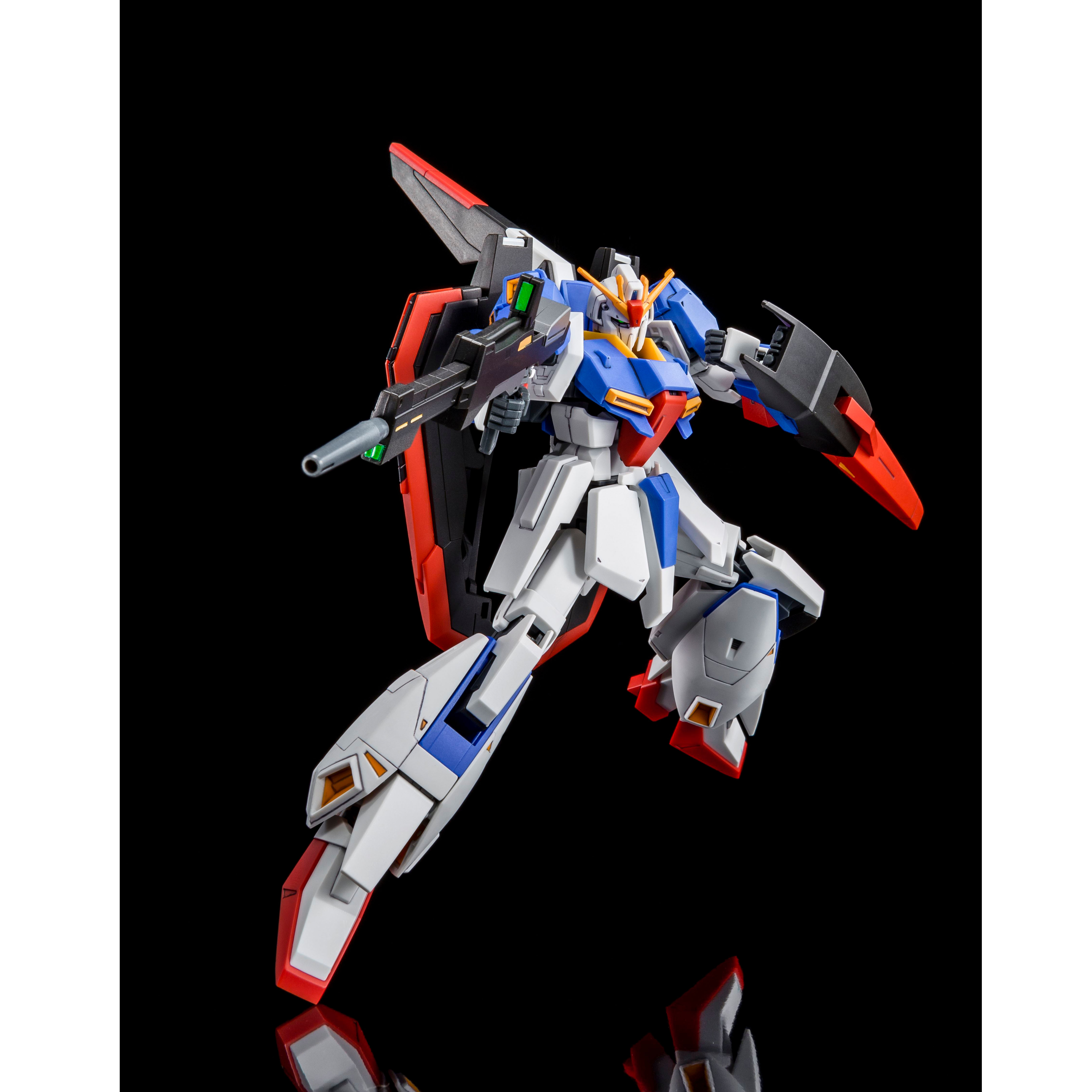 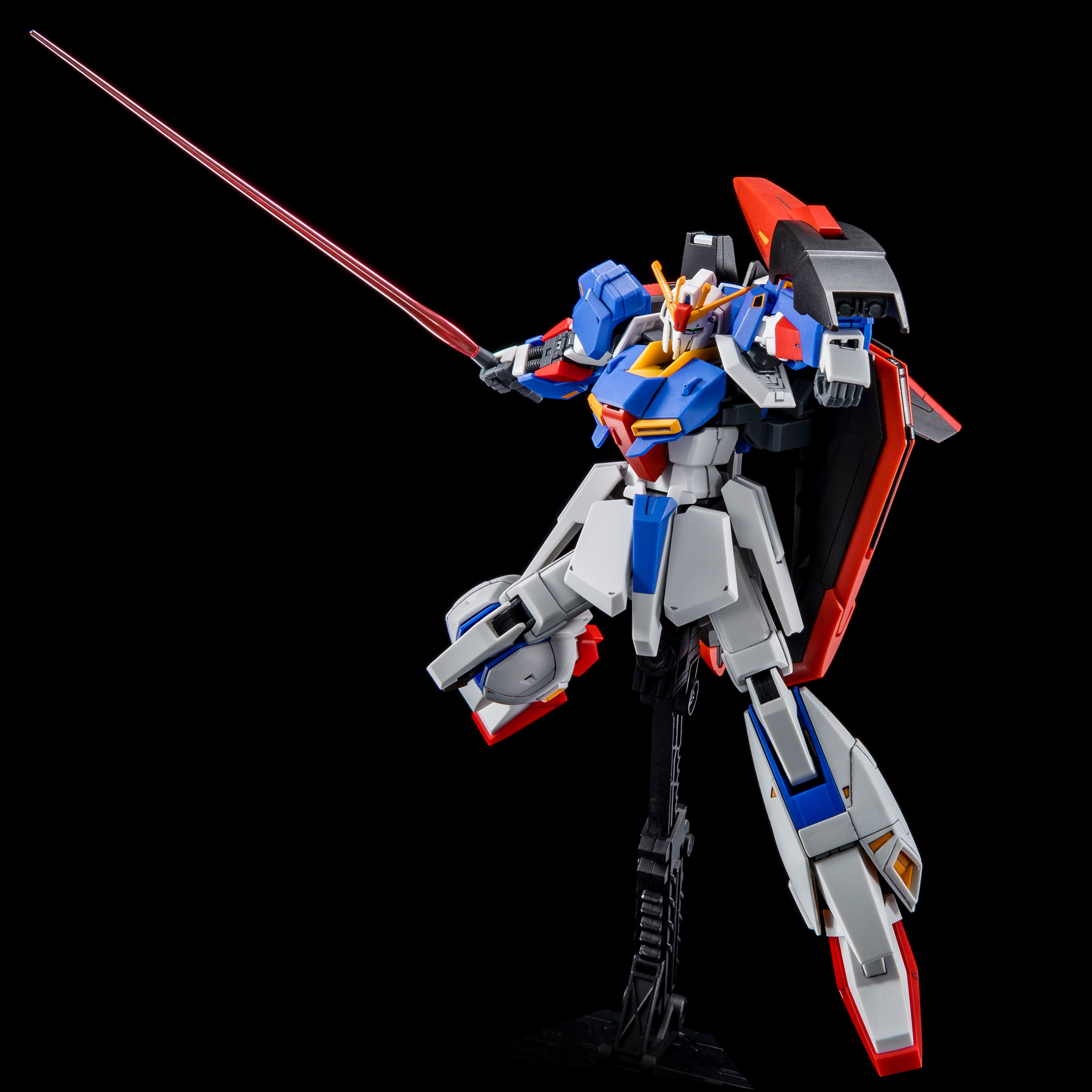 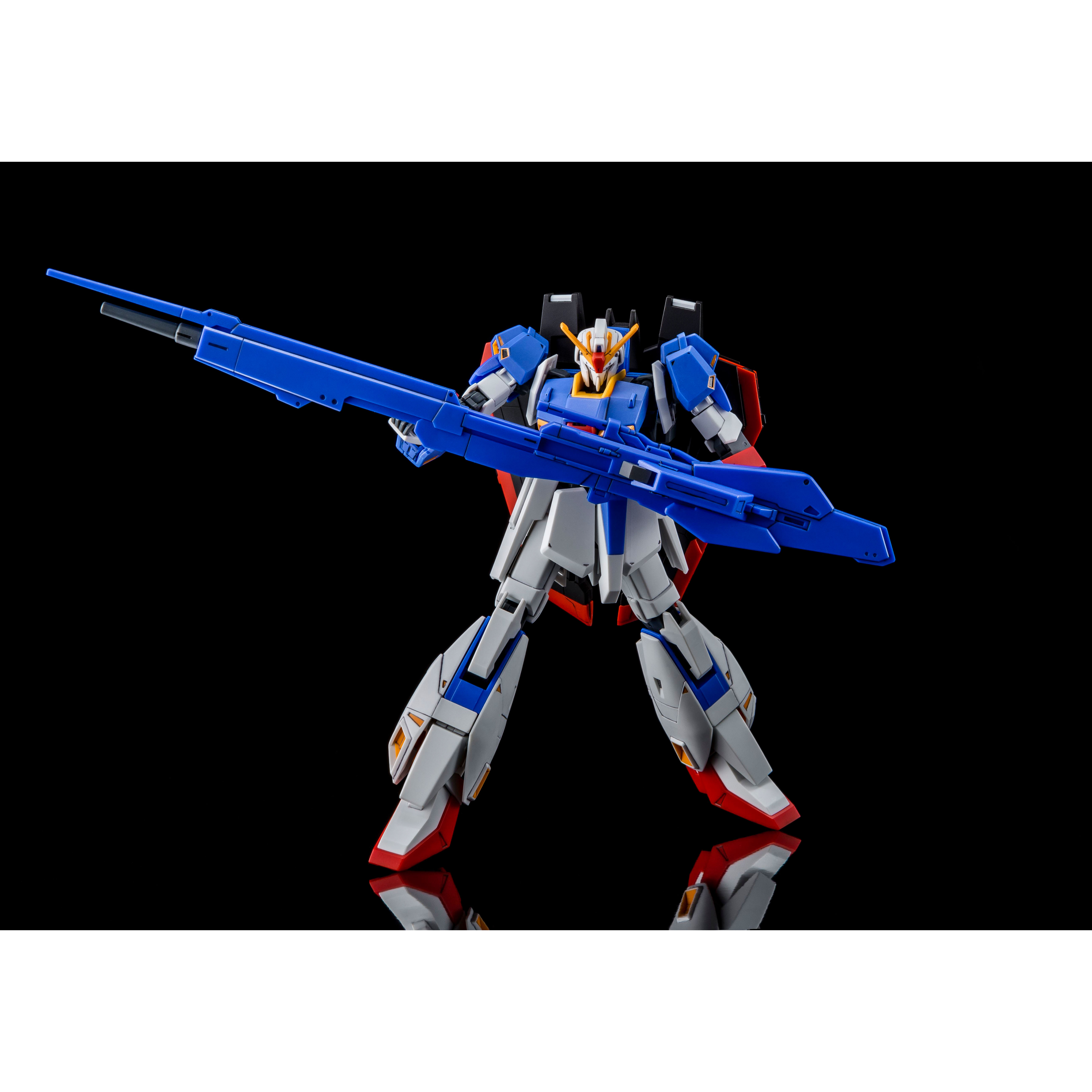 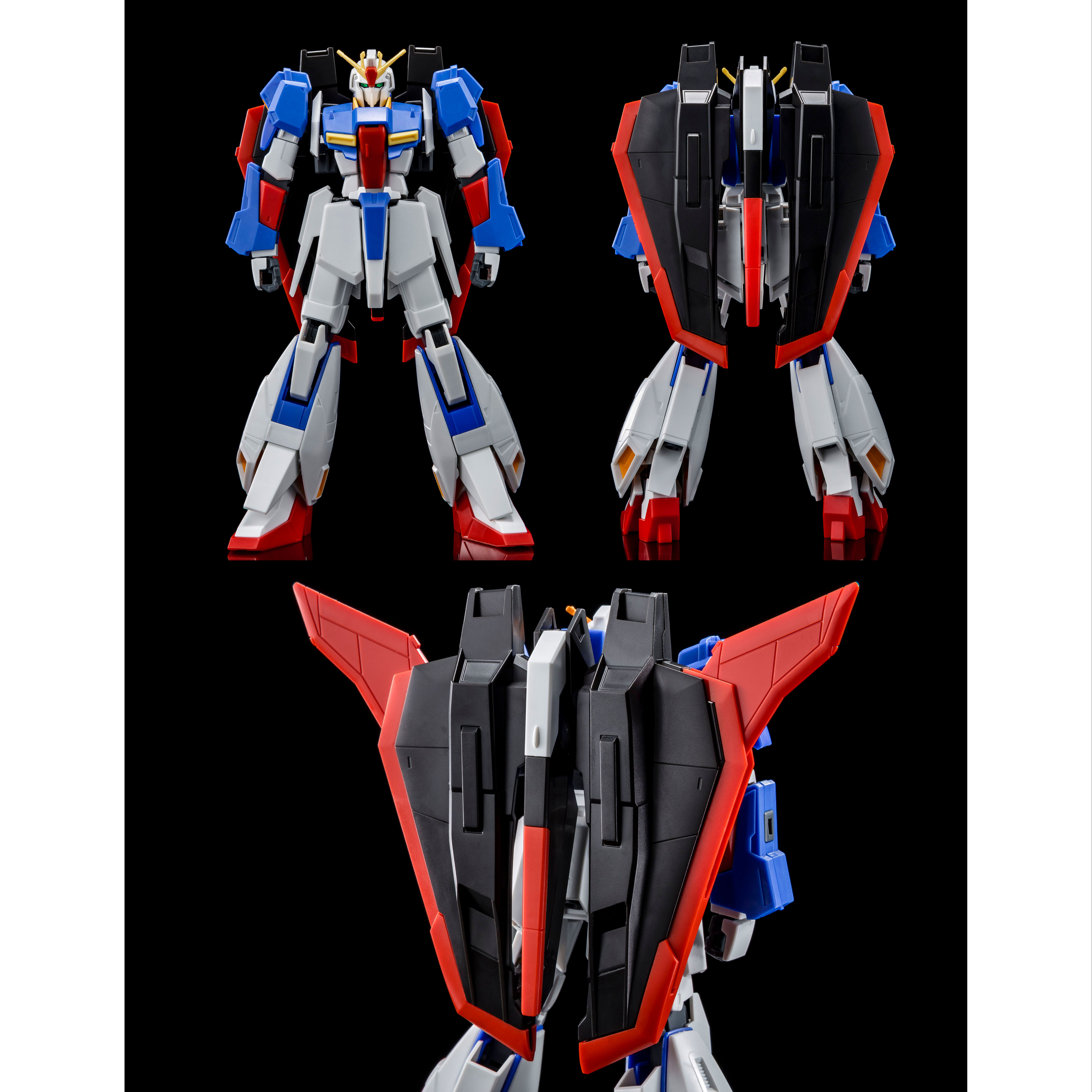 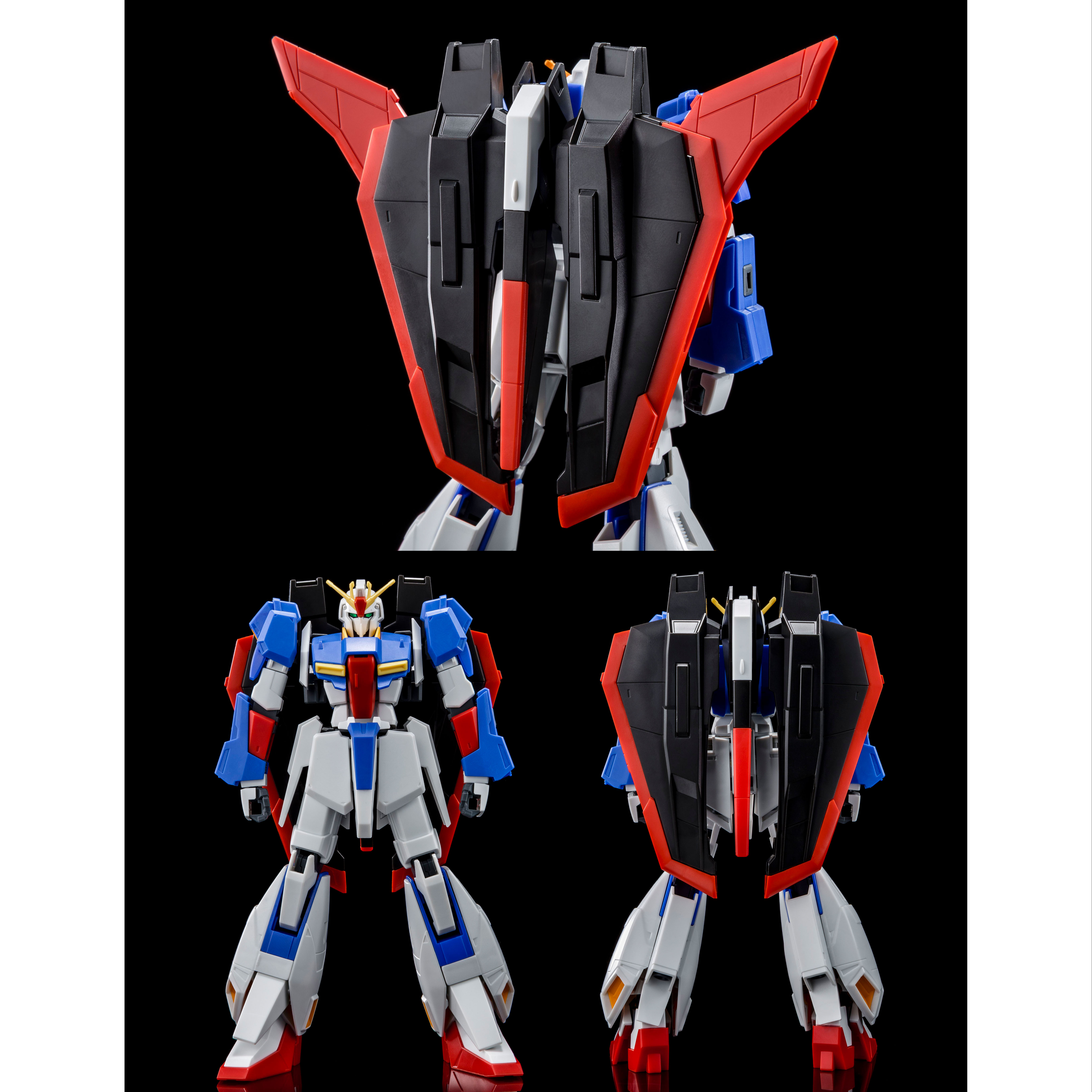 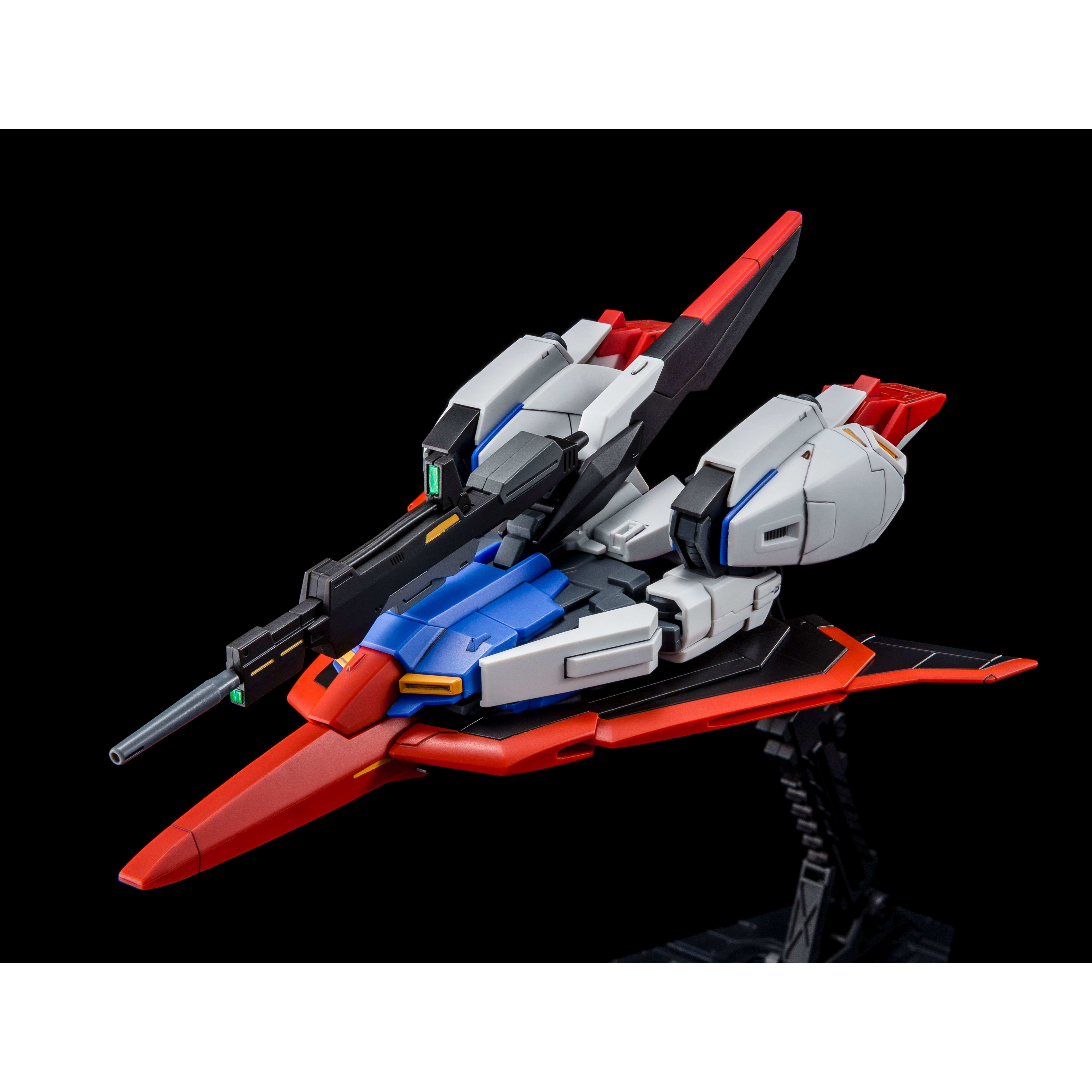 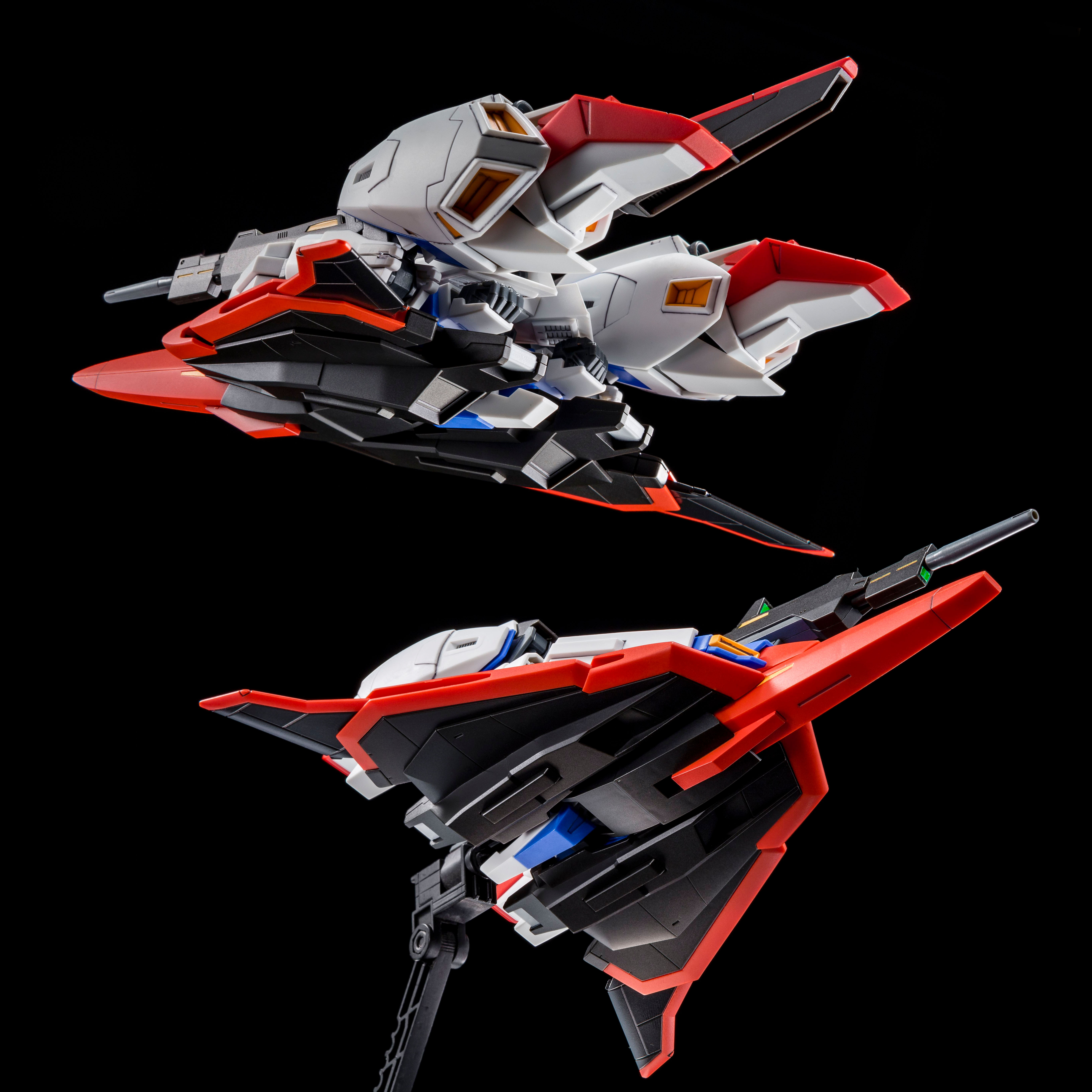 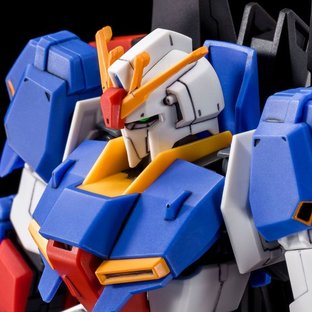 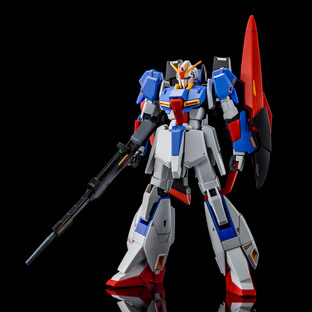 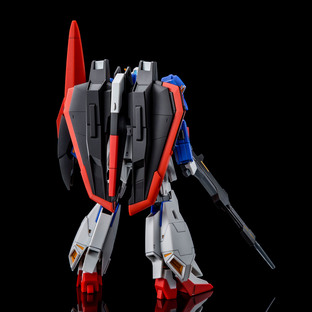 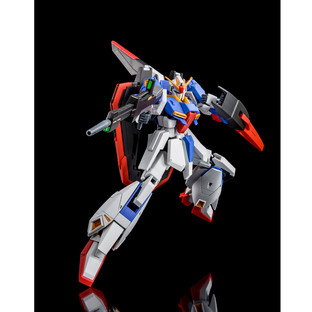 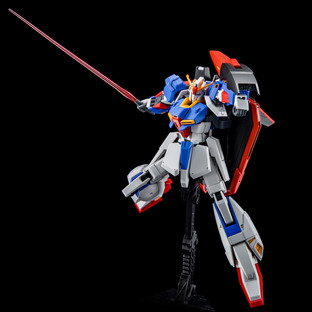 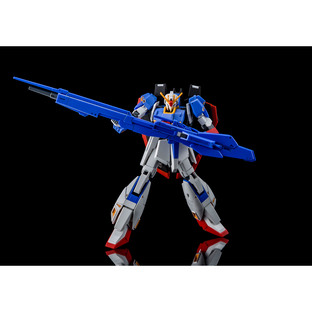 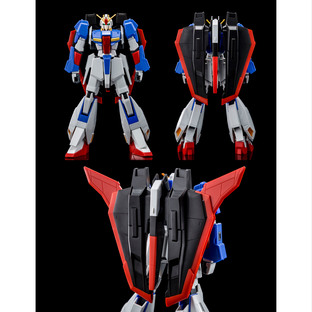 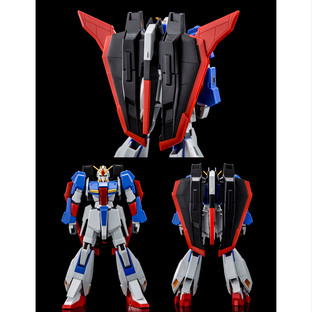 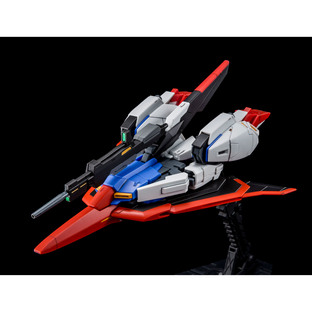 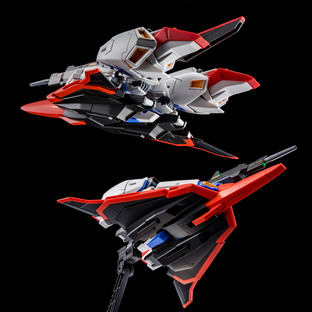 Upgraded in the battlefield

Model's form based on its refined image after going through many battles is reproduced, using new

molding parts in almost every part of its body such as its head, body, arms, legs and the flying armor.

The head, chest, and back parts that later became the images of derivative mobile suits such as

Zeta Plus are made with new molding.

Armor parts of its shoulders and forearms that underwent slight form changes are reproduced with new molding.

Each of the changes in the crotch and the front armor around the waist, and also in the knees and the external shin parts are reproduced.

The smaller wings on the sides of the flying armor are made with new parts,

and the shield's upper parts is made with new molding to match with the change in styling.

● Coloring according to the story is reproduced with color molding

The coloring of Zeta Gundam's body is mostly reproduced with color molding, excluding some finer parts.

The mobile suit will come out in the color of its story image just from assembly.

Coloring of the flying armor is also mostly reproduced with individual parts.

*The product in the picture is painted and is a prototype in development. Actual products may differ from the images.

･Product specifications will be current during the pre-order period.We ask for your understanding as they may be subject to change.