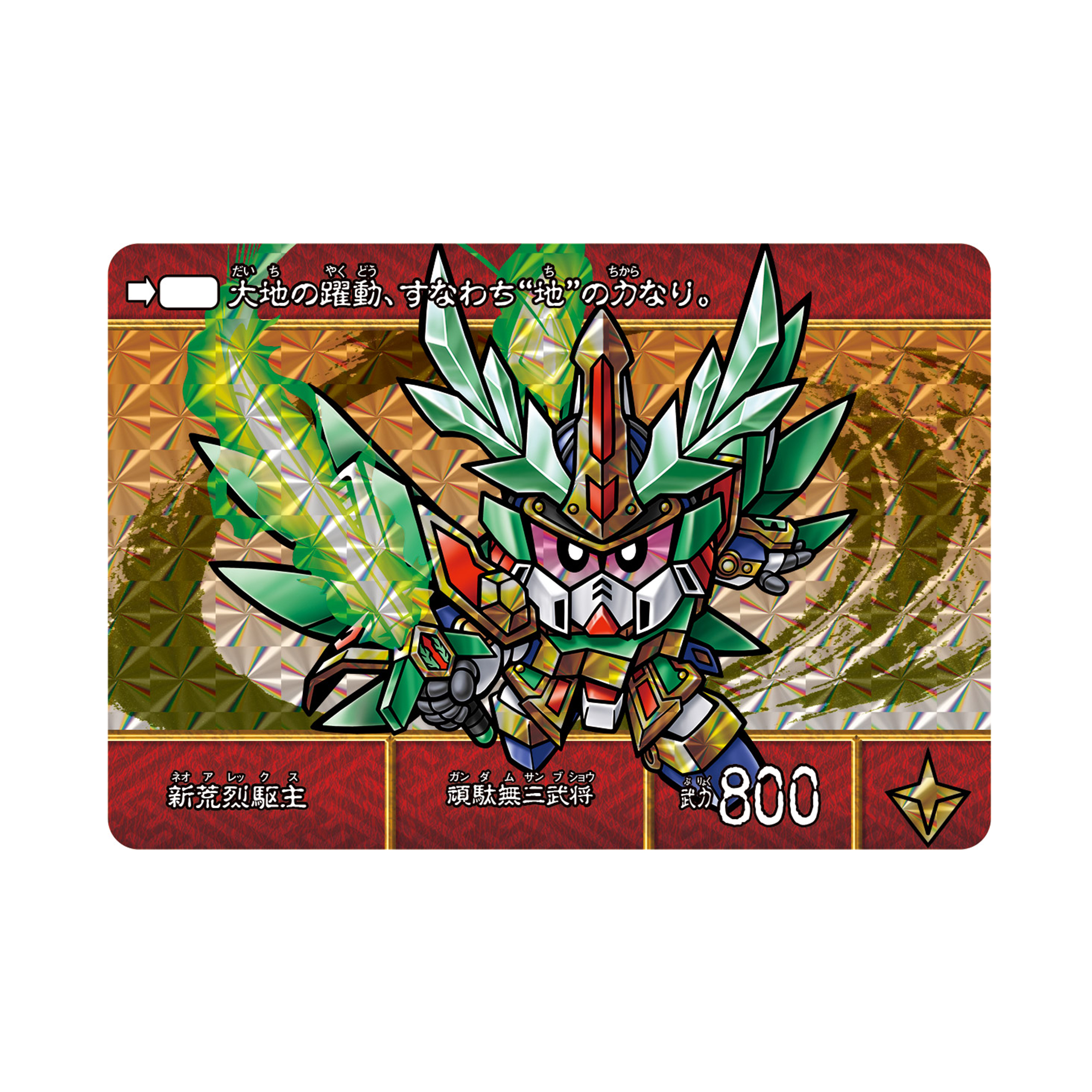 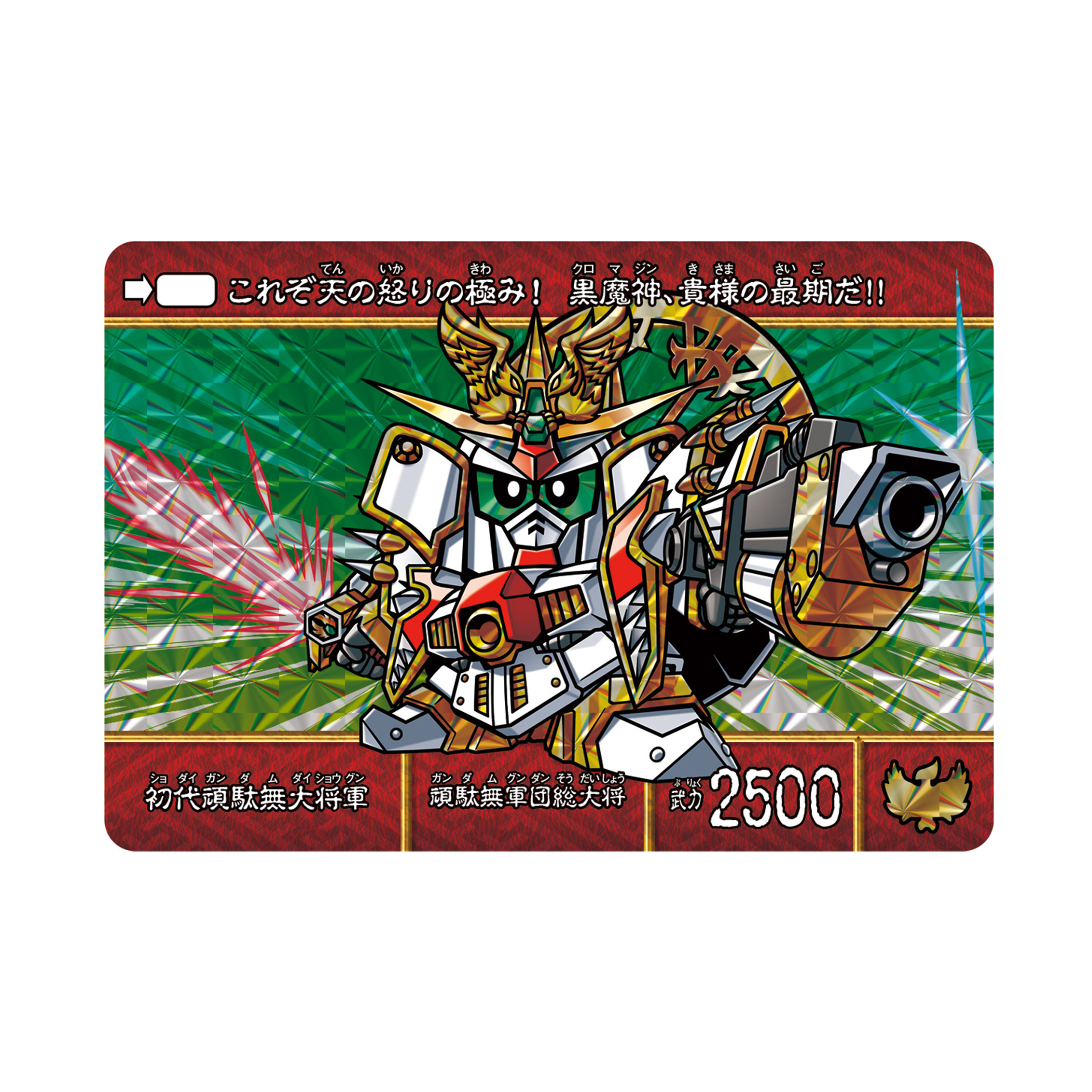 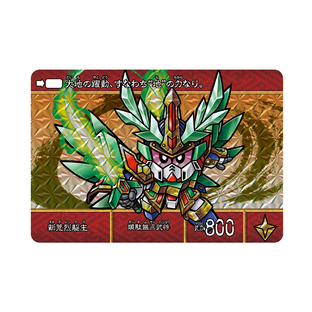 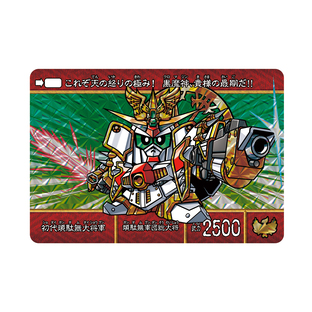 The heroic image of "Musha Gundam" is reproduced on CARDDASS!
Leading by "Musha Gundam" one of the reasons caused the boom of SD GUNDAM, Mobile suit is presented as warriors in "SD Sengokuden".
The CARDDASS of the third chapter, and also can be known as final chapter of season 1 "TENKA TOUITSU HEN" is now launched!
This luxurious box set includes 48 CARDDASS, foil-embossed binder and booklet records the world vision!
Exquisite characters selected from "TENKA TOUITSU HEN", the design of the CARDDASS is original for this set!
This set includes "Neo Alex", "Hoou Gundam", "Ikazuchi Gundam". Member of " Musha Shichinin Shuu" and their ancestors, popular character "Zakuto" will be present as reliable partner "Zaku", popular enemy "Ryushou Hishou" and the most powerful enemy "Kuromajin Yami Koutei"
The first to the fourth Gundam Daishougun are coming soon too!
Stay tuned!