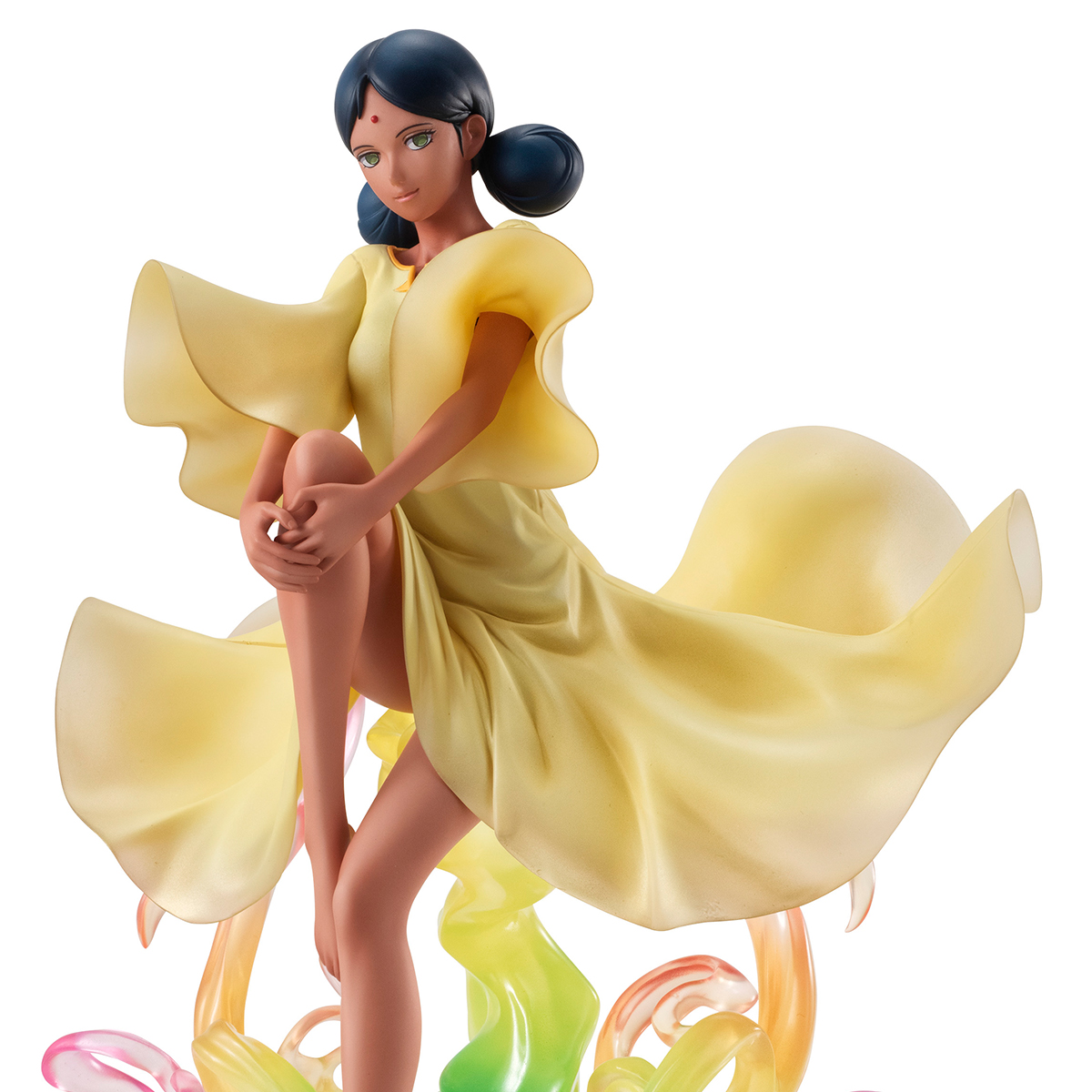 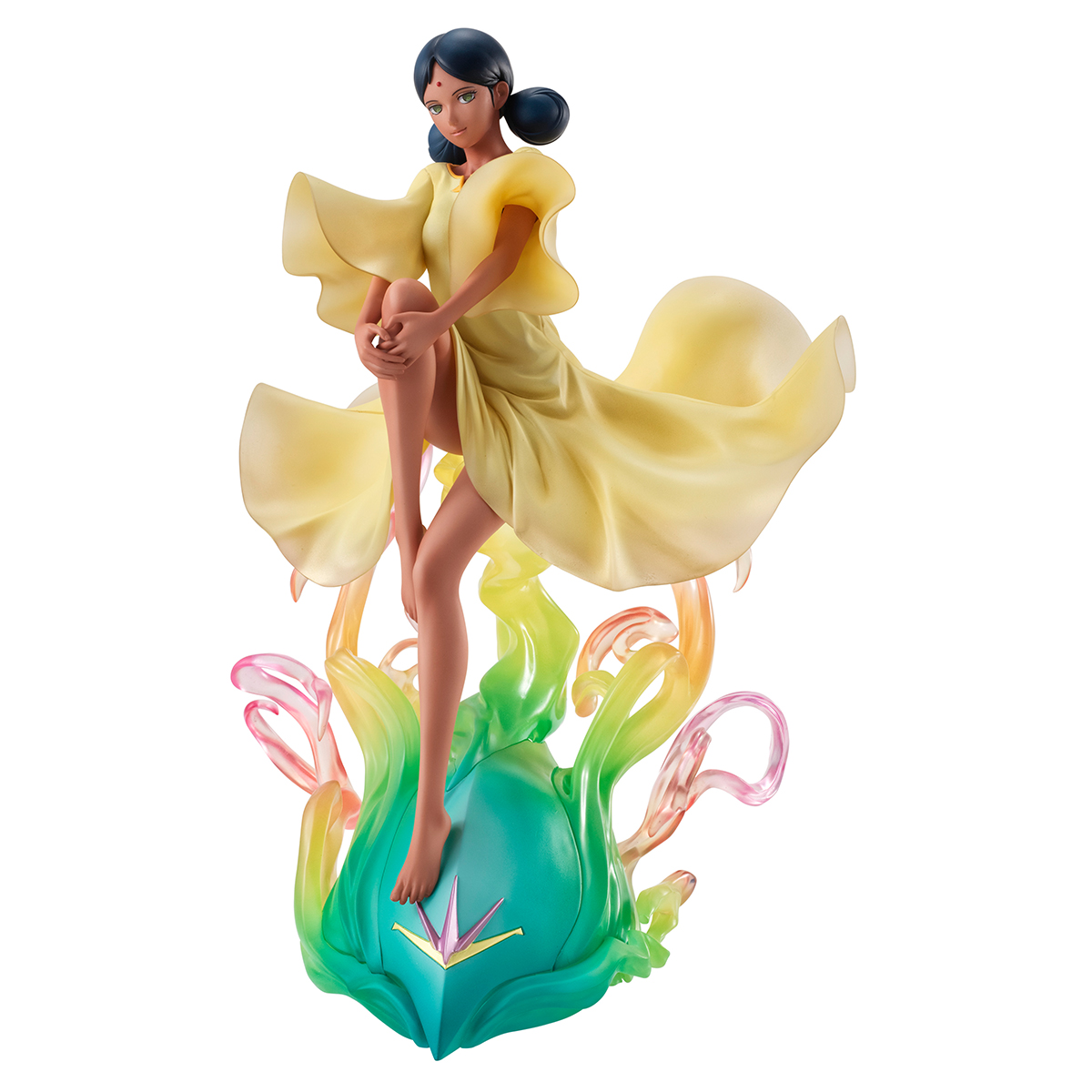 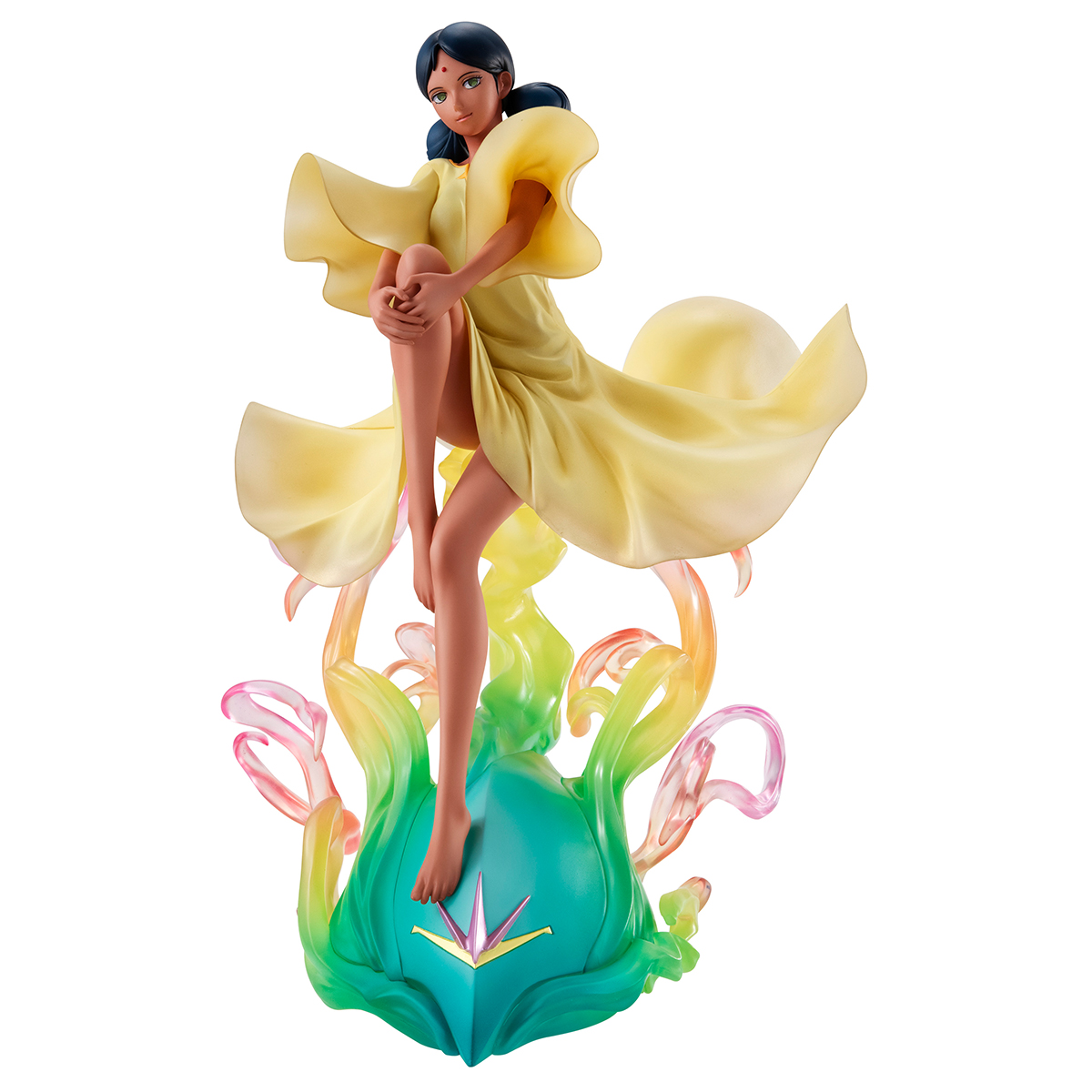 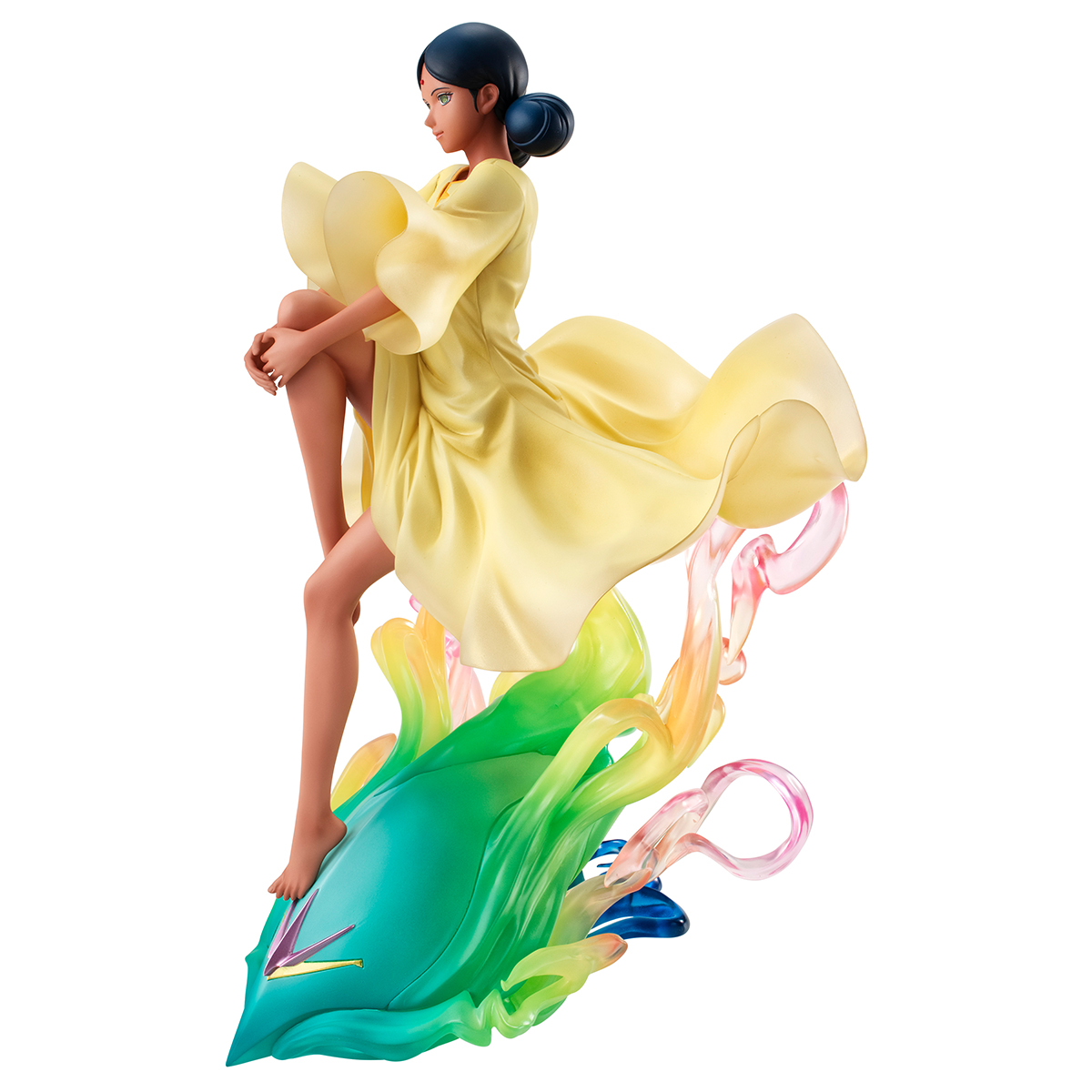 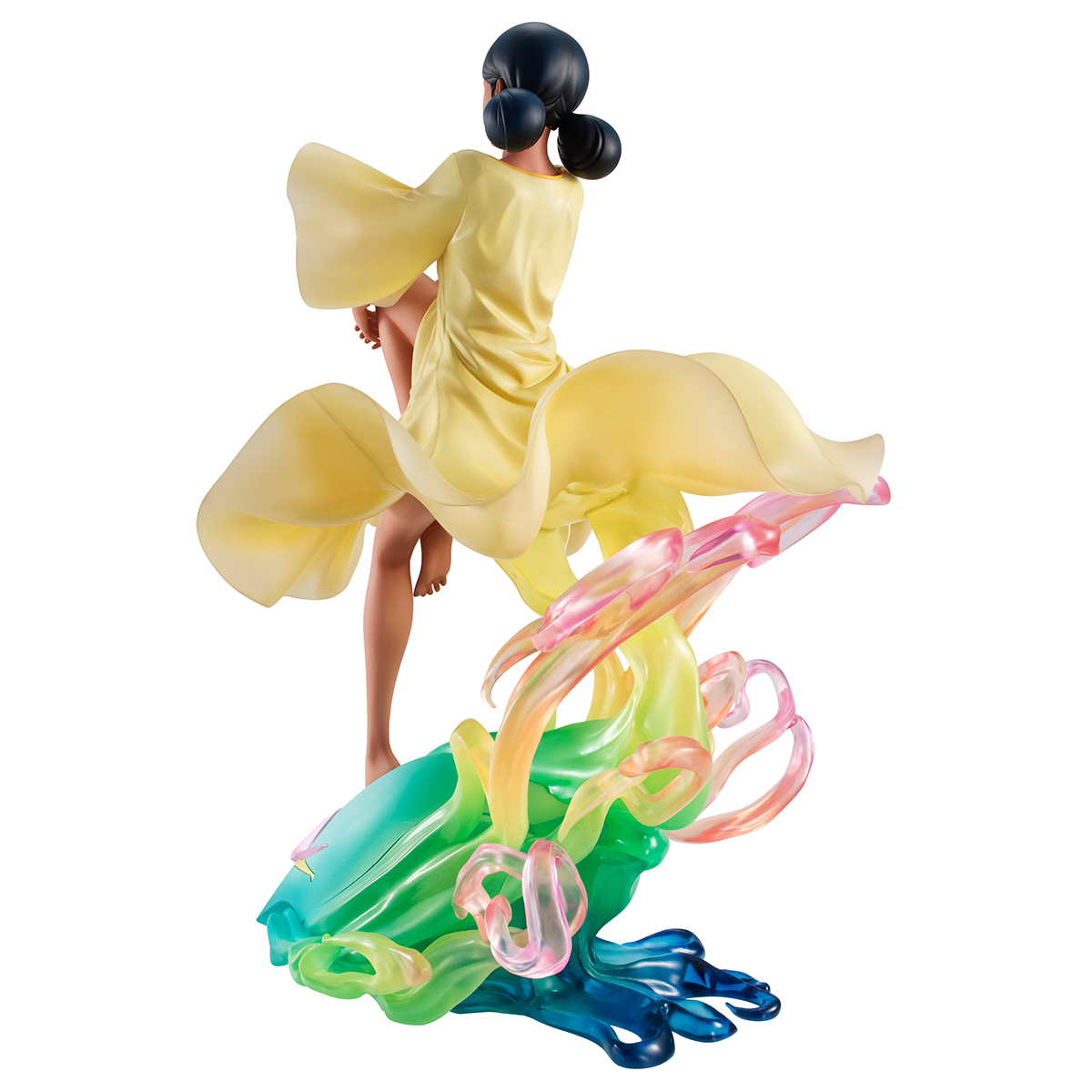 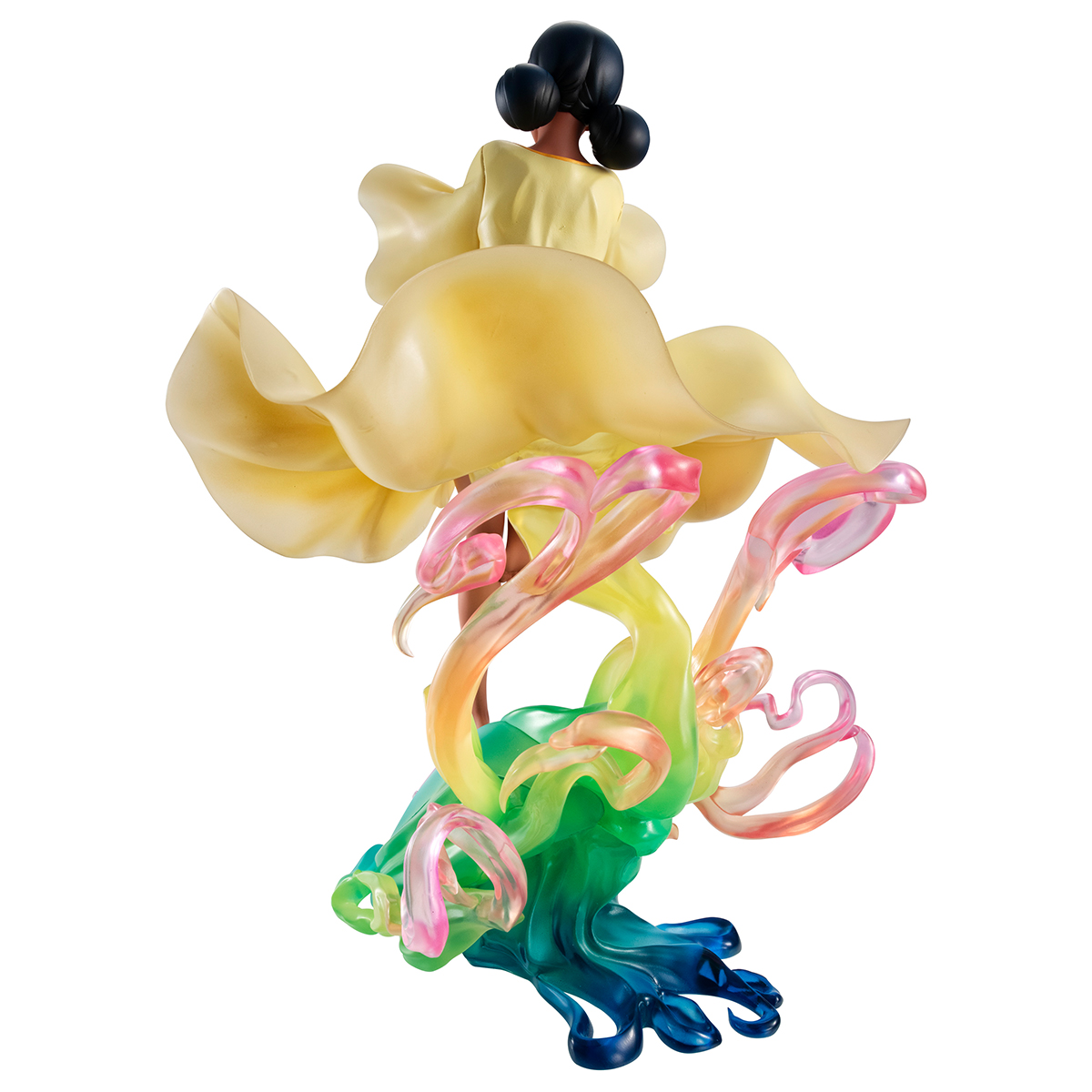 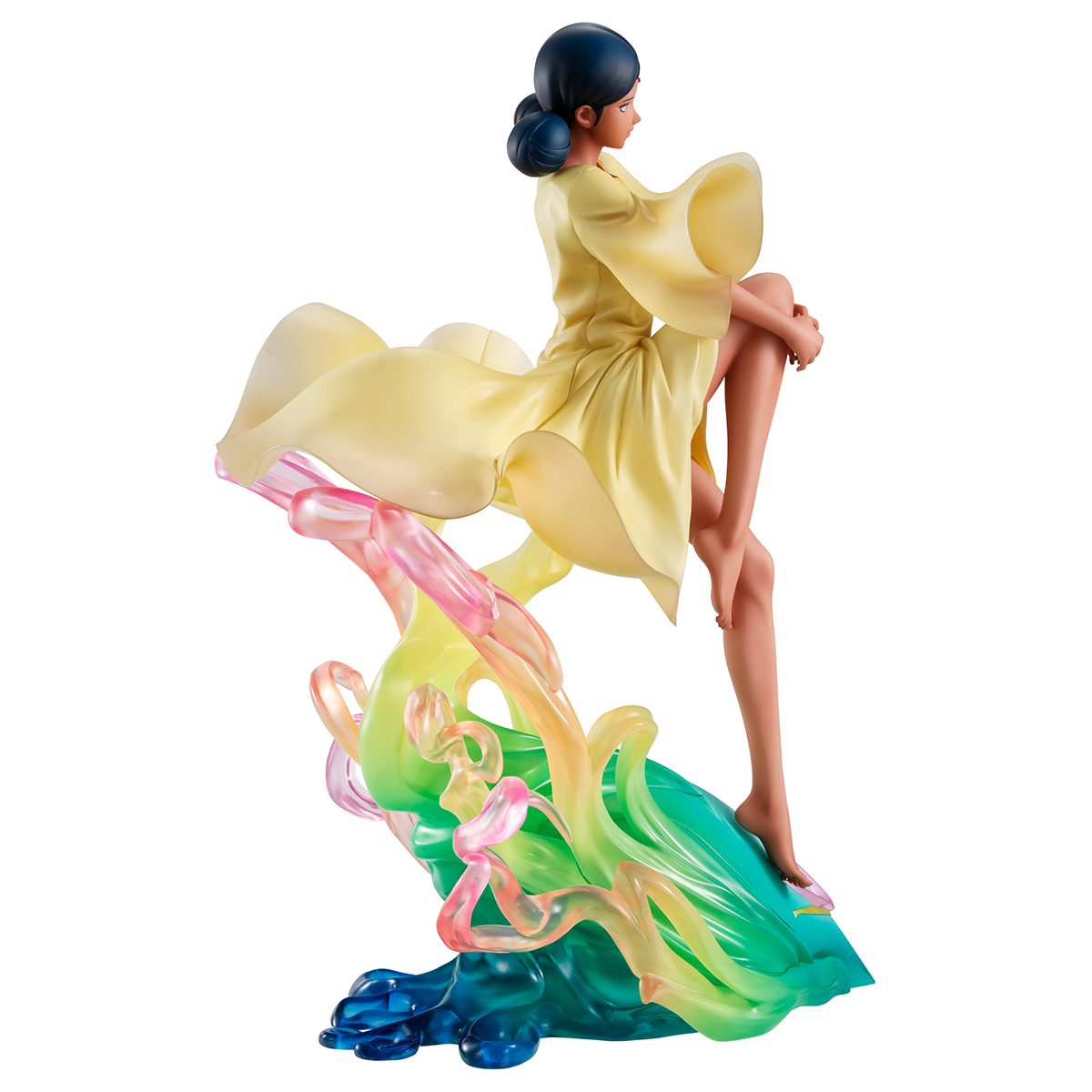 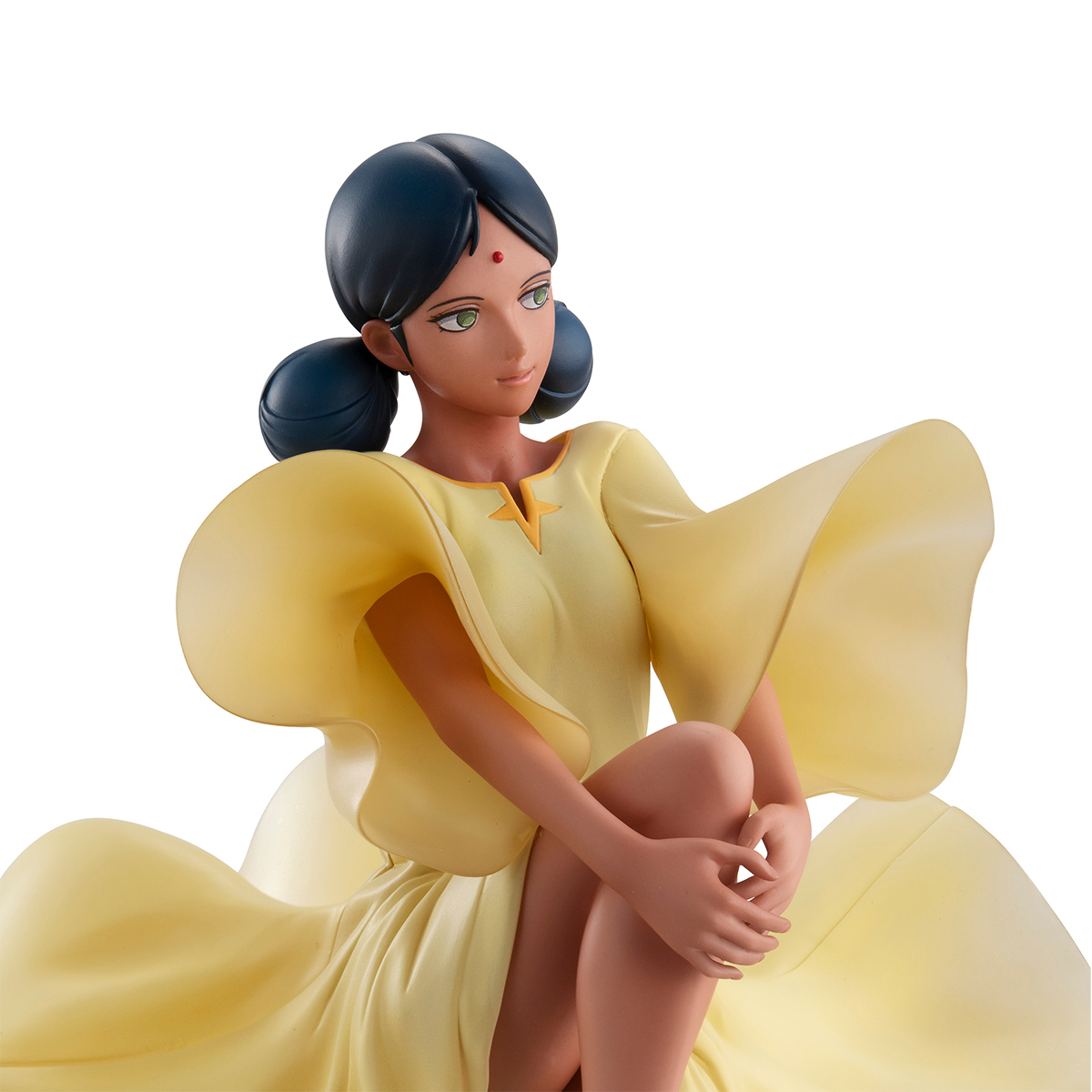 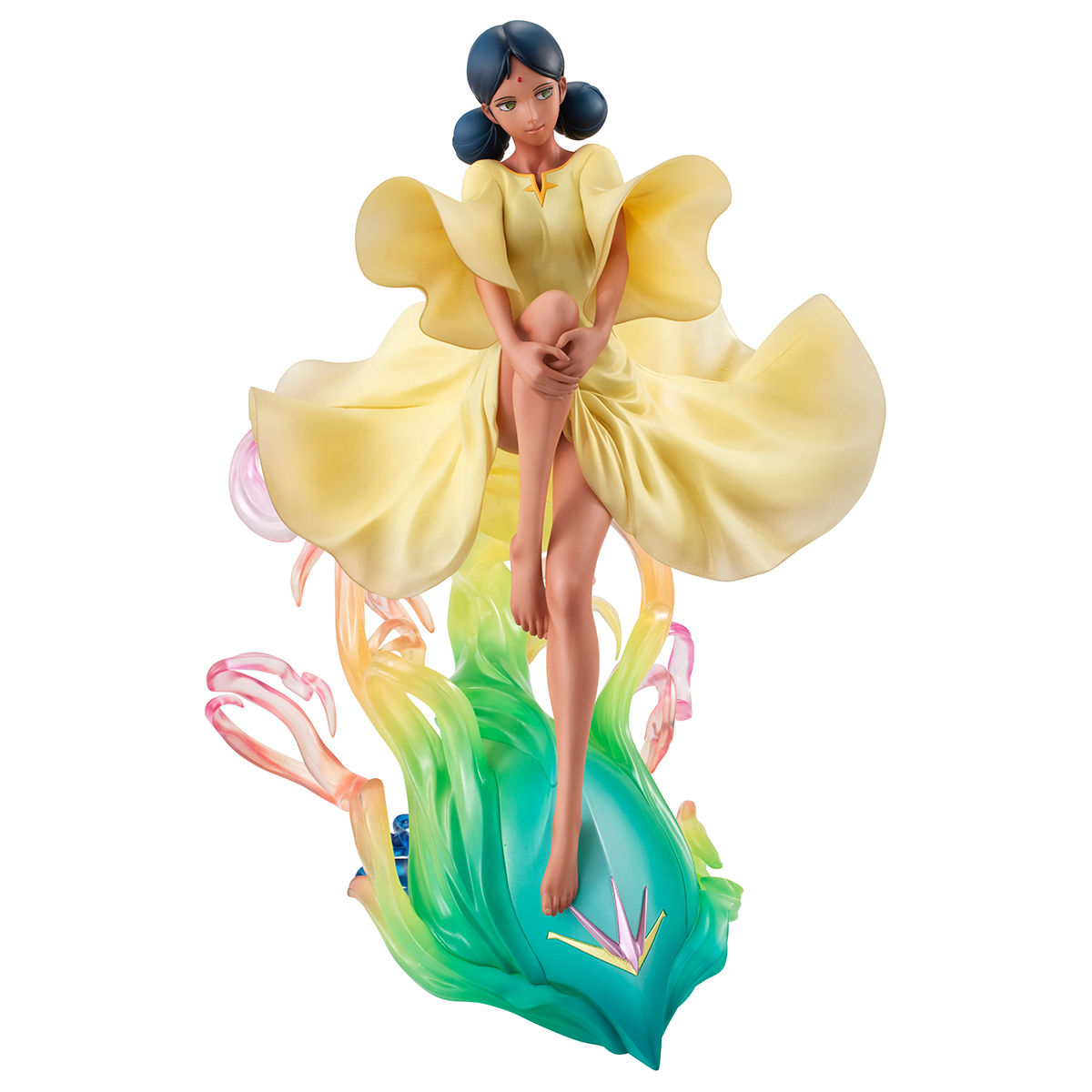 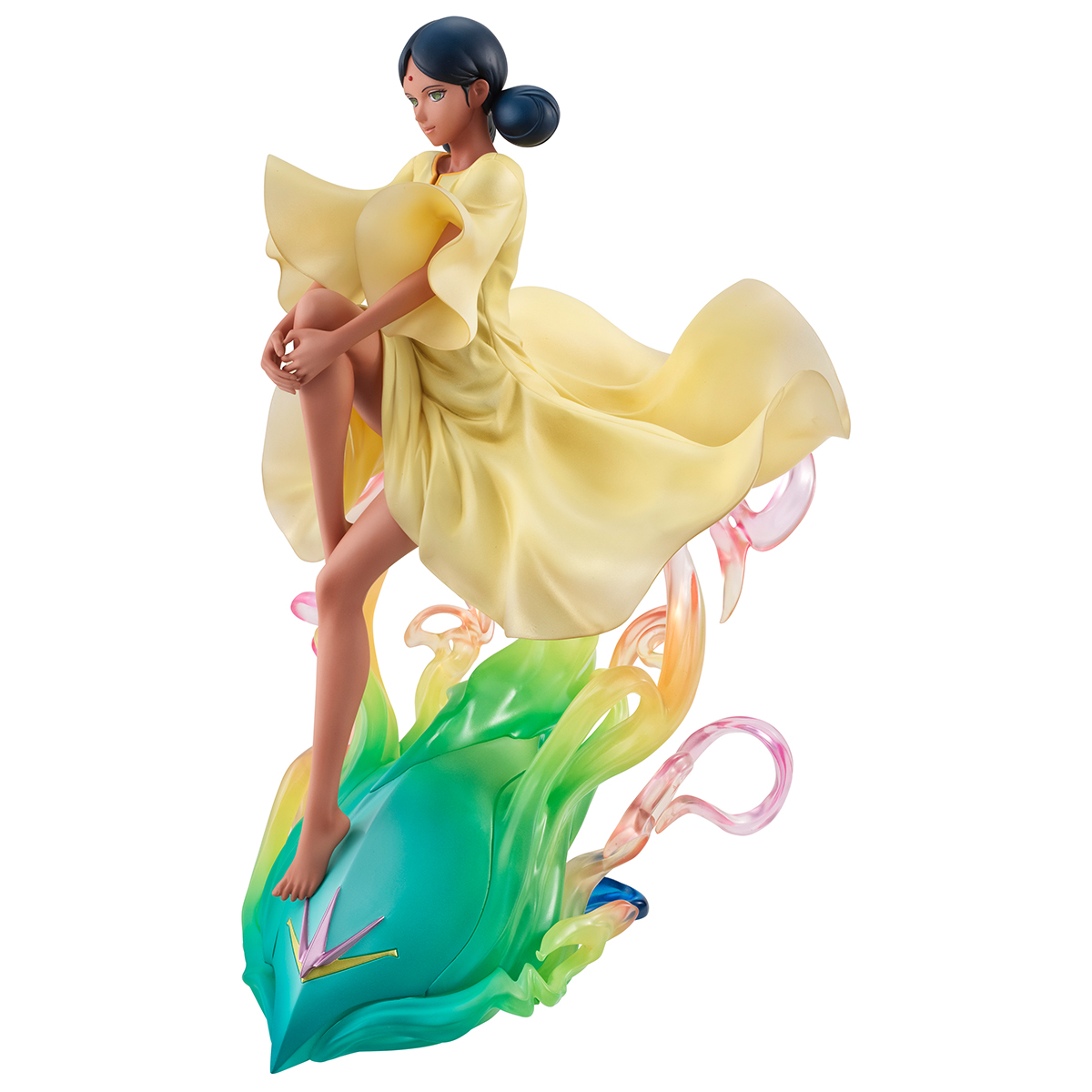 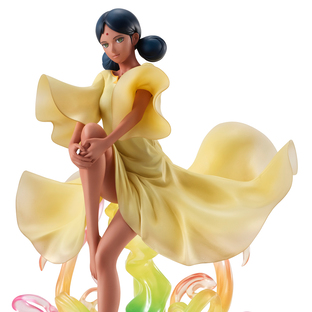 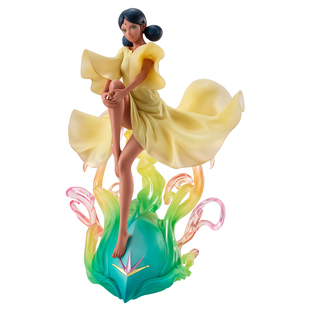 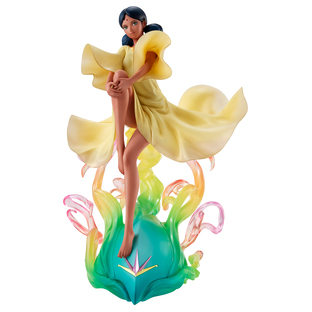 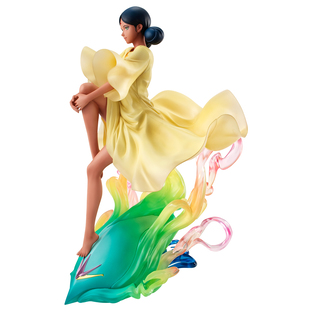 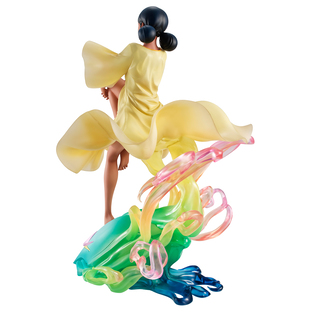 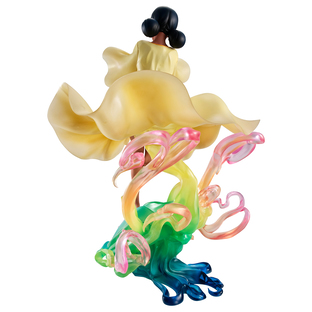 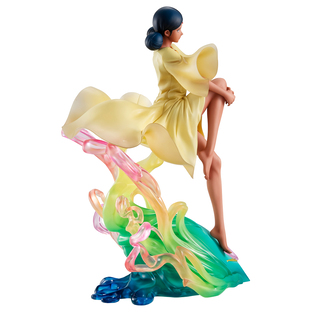 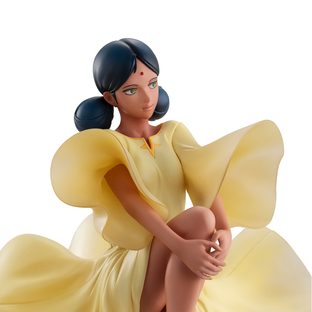 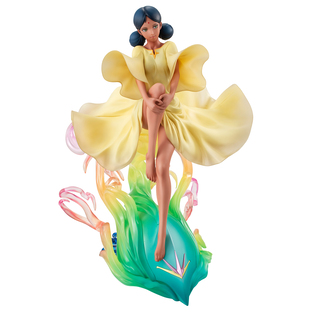 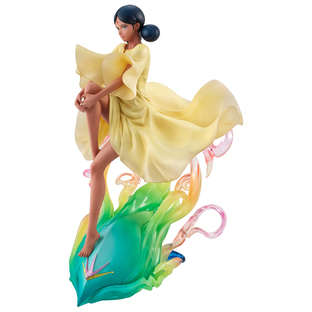 Her one-piece dress same as in the drama is reproduced by yellow translucent material and gradation colour painting.
The display base is designed based on Lalah’s Mobile Amour. It uses bluish green translucent material and gradation effect to create the image of her aura.
She is sculpted in a sitting pose just like in a gravity-free space. Her sleeves and hem also present the image of gravity-free. The figure reproduces her mysterious atmosphere by all those mentioned together with the effect of translucent material.
Lalah is the girl who has outstanding Newtype ability and beloved by Amuro and Char. She is smiling gently while you might feel a sense of loneliness at the same time…
Her entrancing expression attracts the attention of anyone who looks her way.

※Package box is packing material only and no returns or exchanges unless product is damaged.