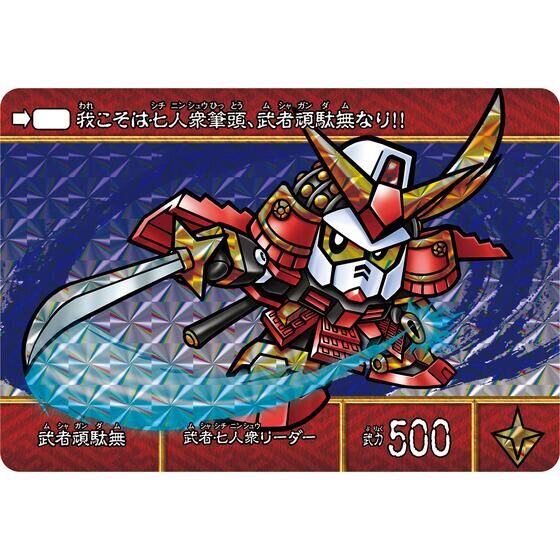 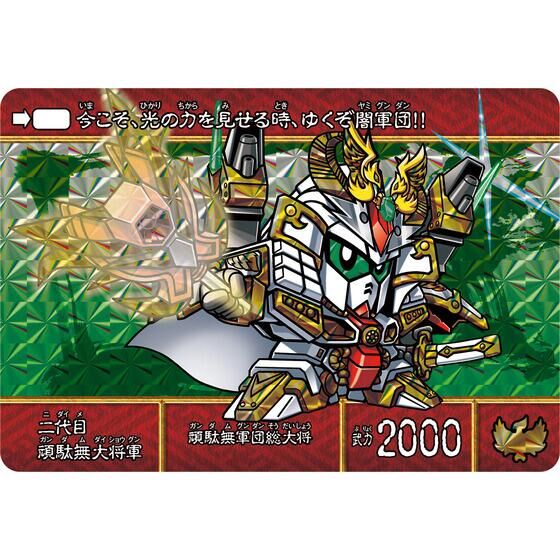 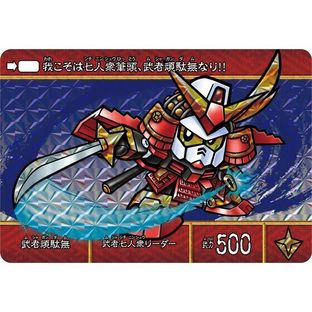 The heroic image of "Musha Gundam" is reproduced on CARDDASS!
Leading by "Musha Gundam" which cause the boom of SD Gundam, Mobile suit is presented as warriors in "SD Sengokuden". The CARDDASS of the first chapter "Musha Shichinin Shuu Hen" is now launched!
This luxurious box set includes 48 CARDDASS, foil-embossed binder and booklet records the world vision!
Exquisite characters selected from "Musha Shichinin Shuu Hen", the design of the CARDDASS is original for this set!
This set includes "Musha Shichinin Shuu" and "Nidaime Gundam Daishogun" which being popular though "Gundam Army" to "Musha Gundam", also popular enemies "Yami Koutei" and "Zakuto" from "Dark Army".
Other members from the two armies are coming soon too! Stay tuned!