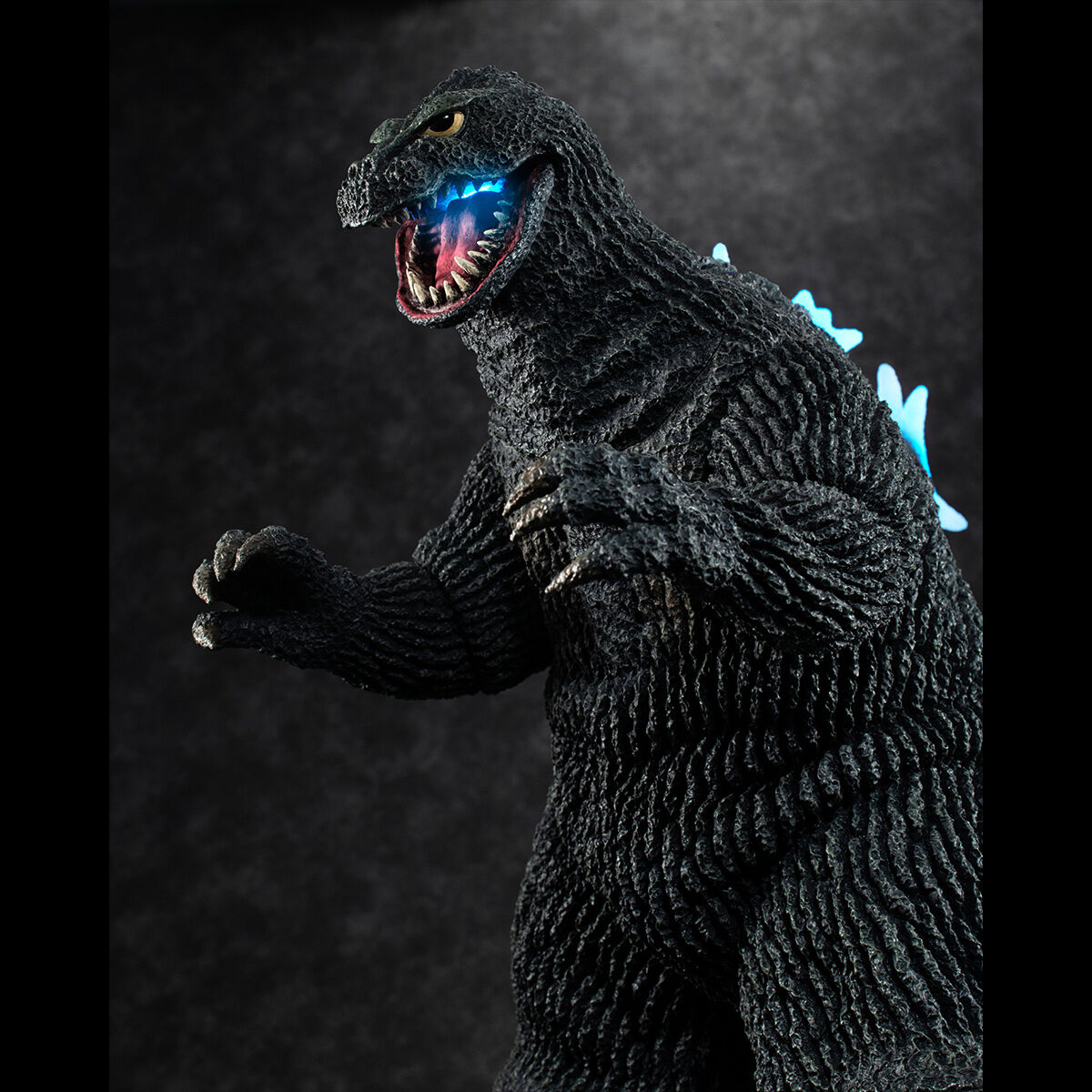 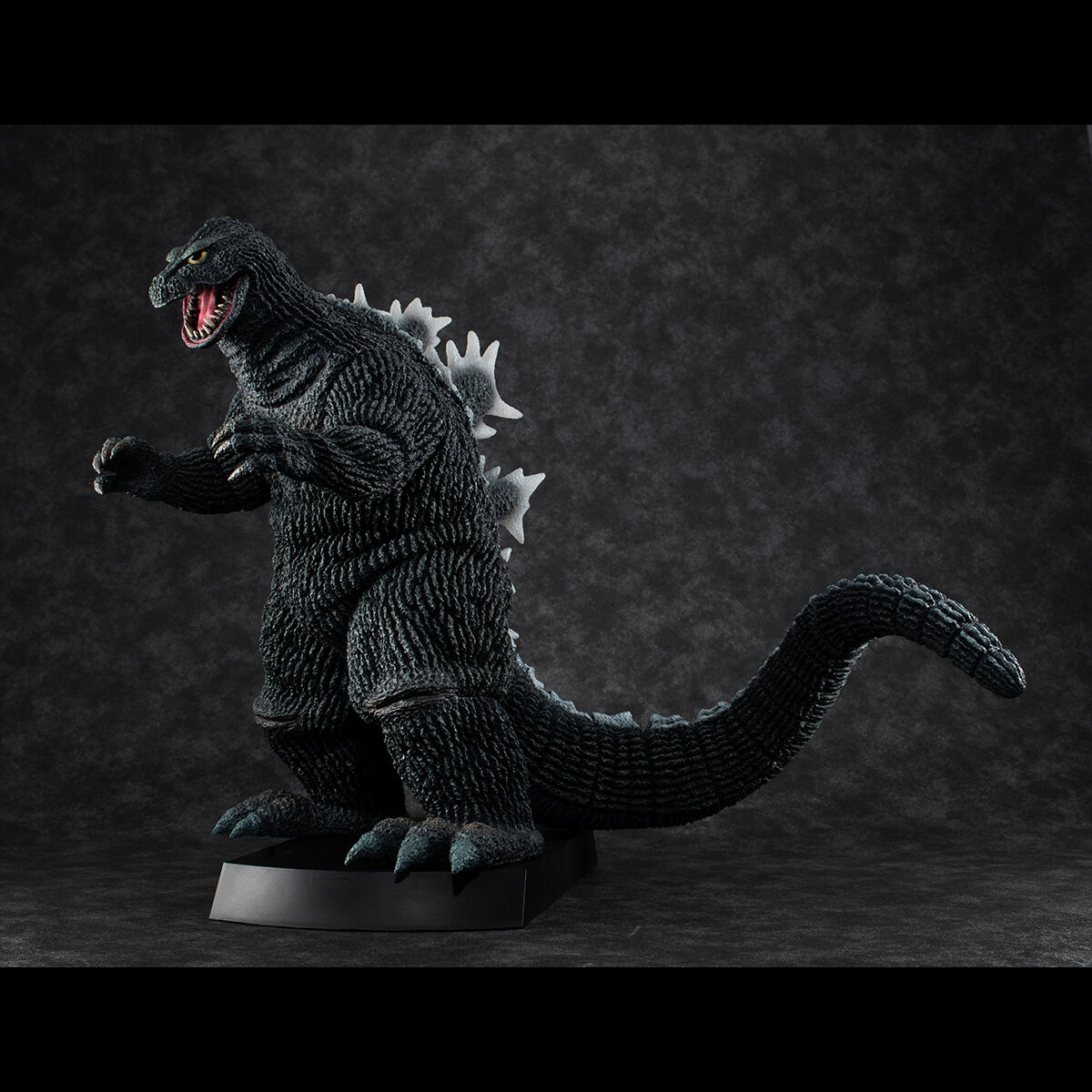 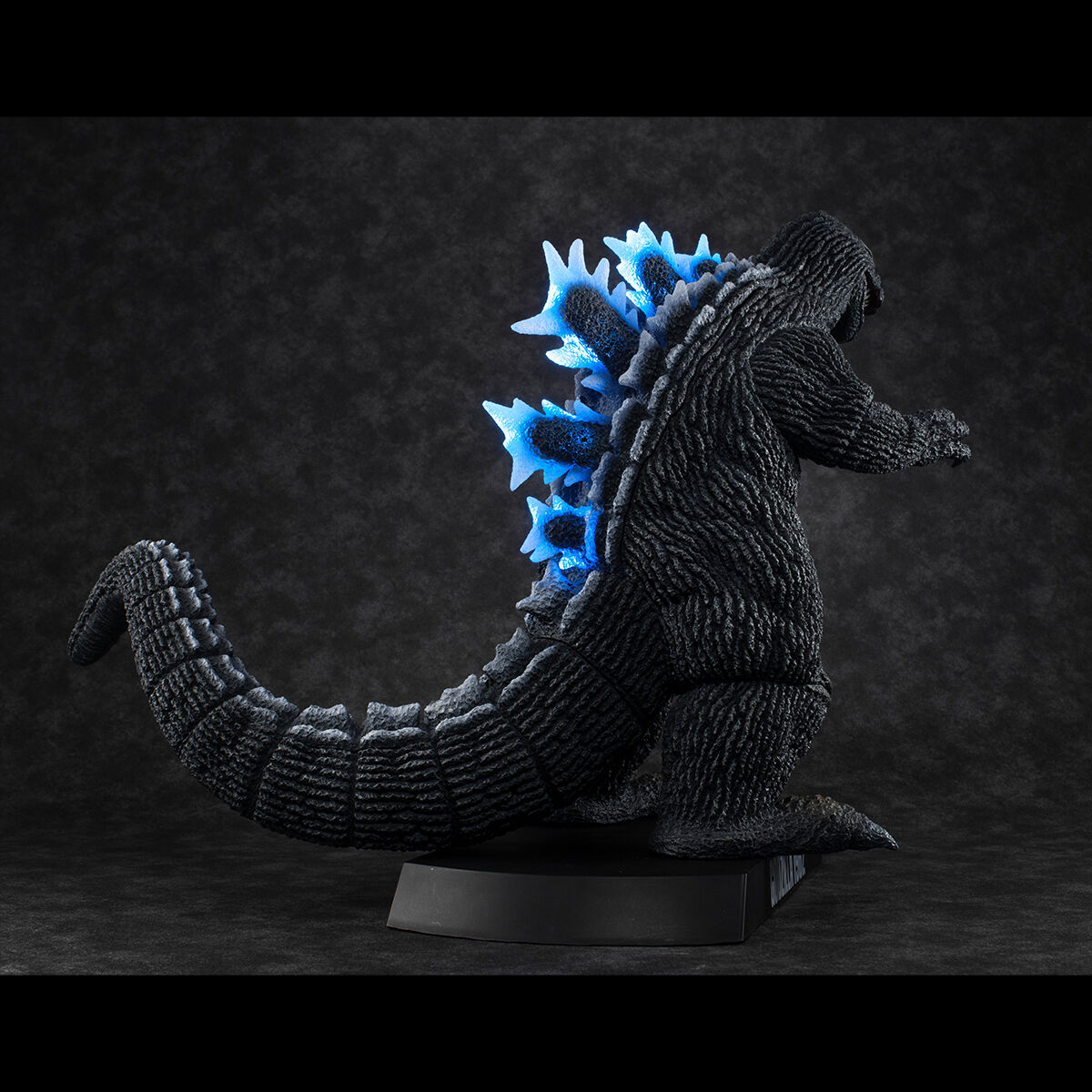 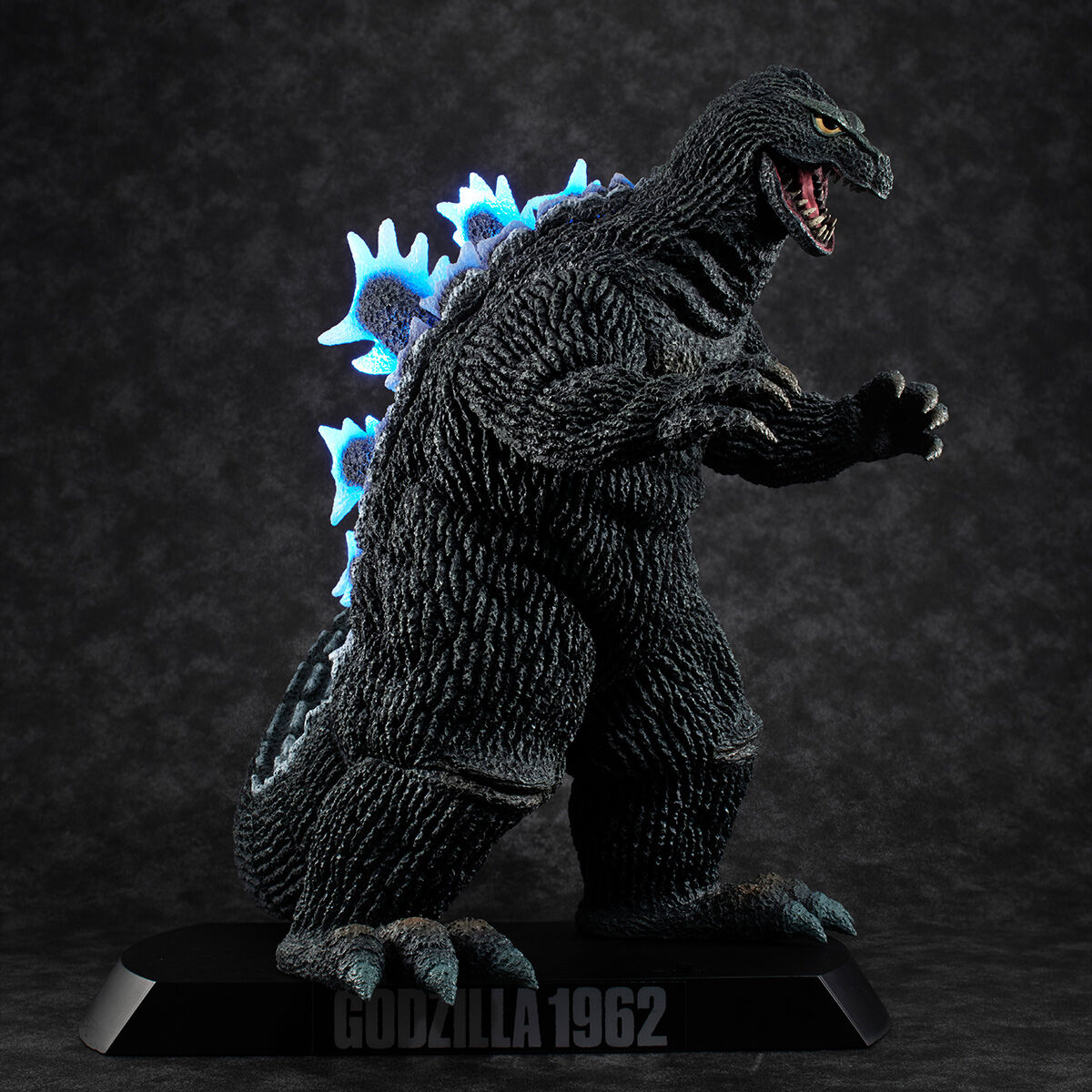 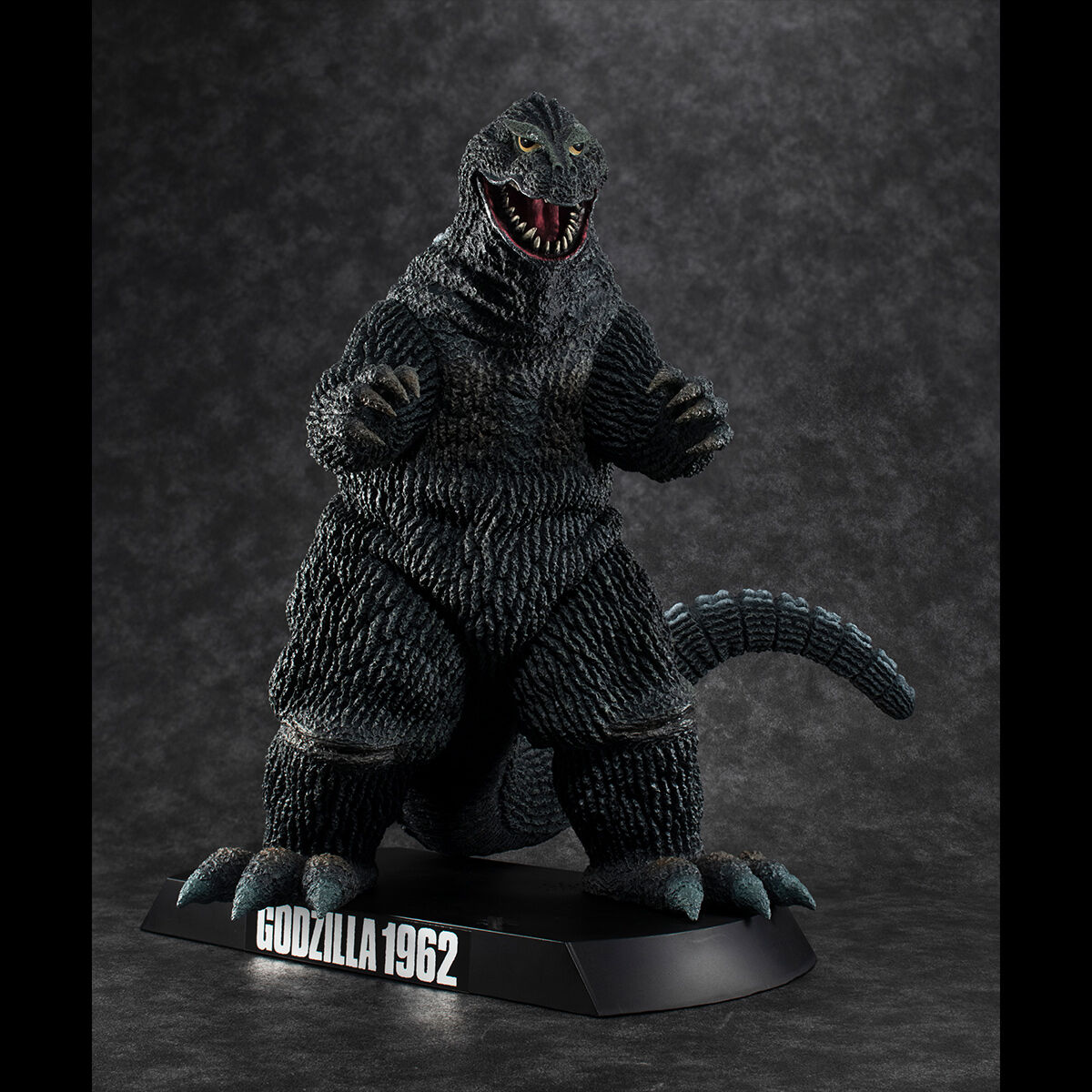 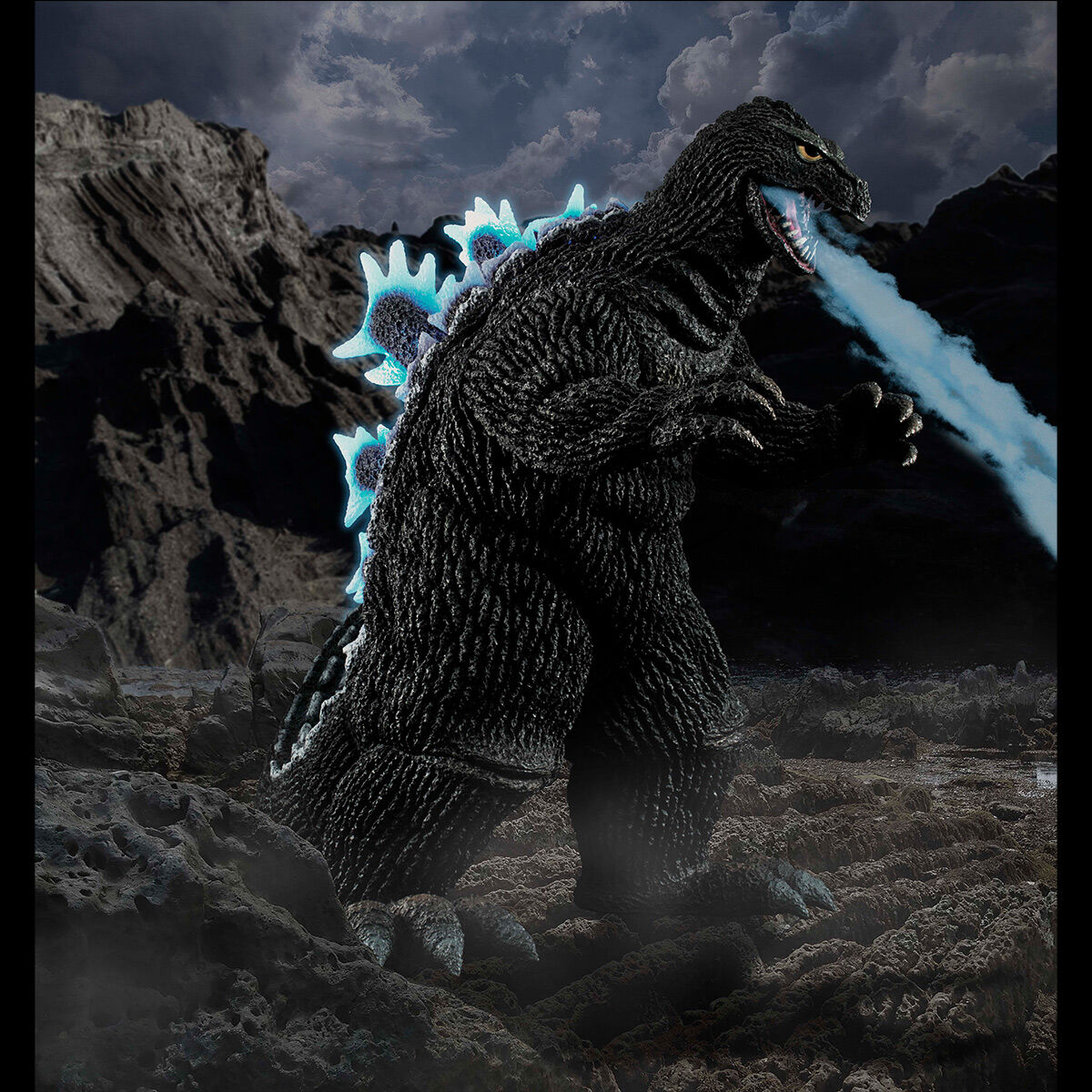 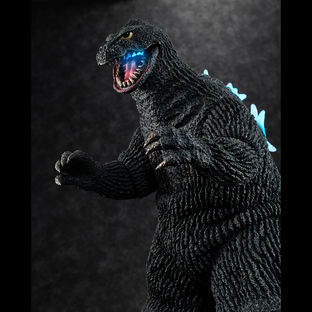 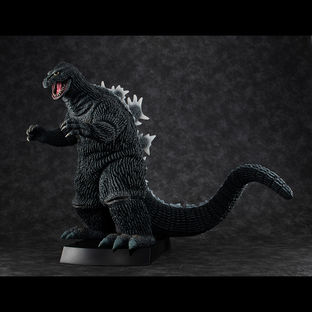 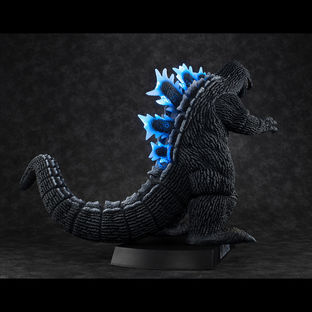 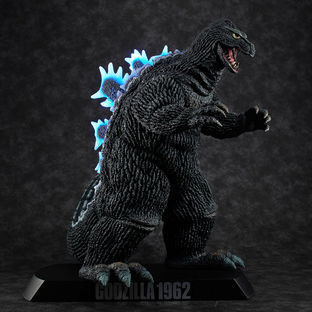 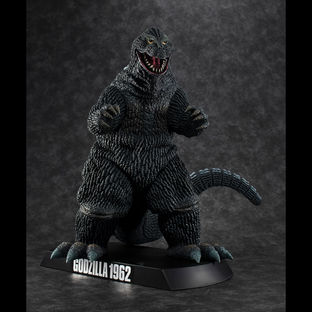 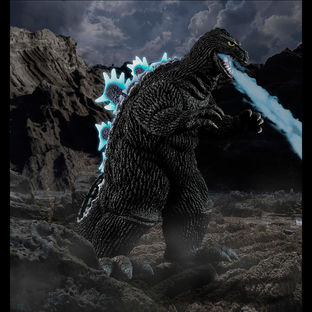 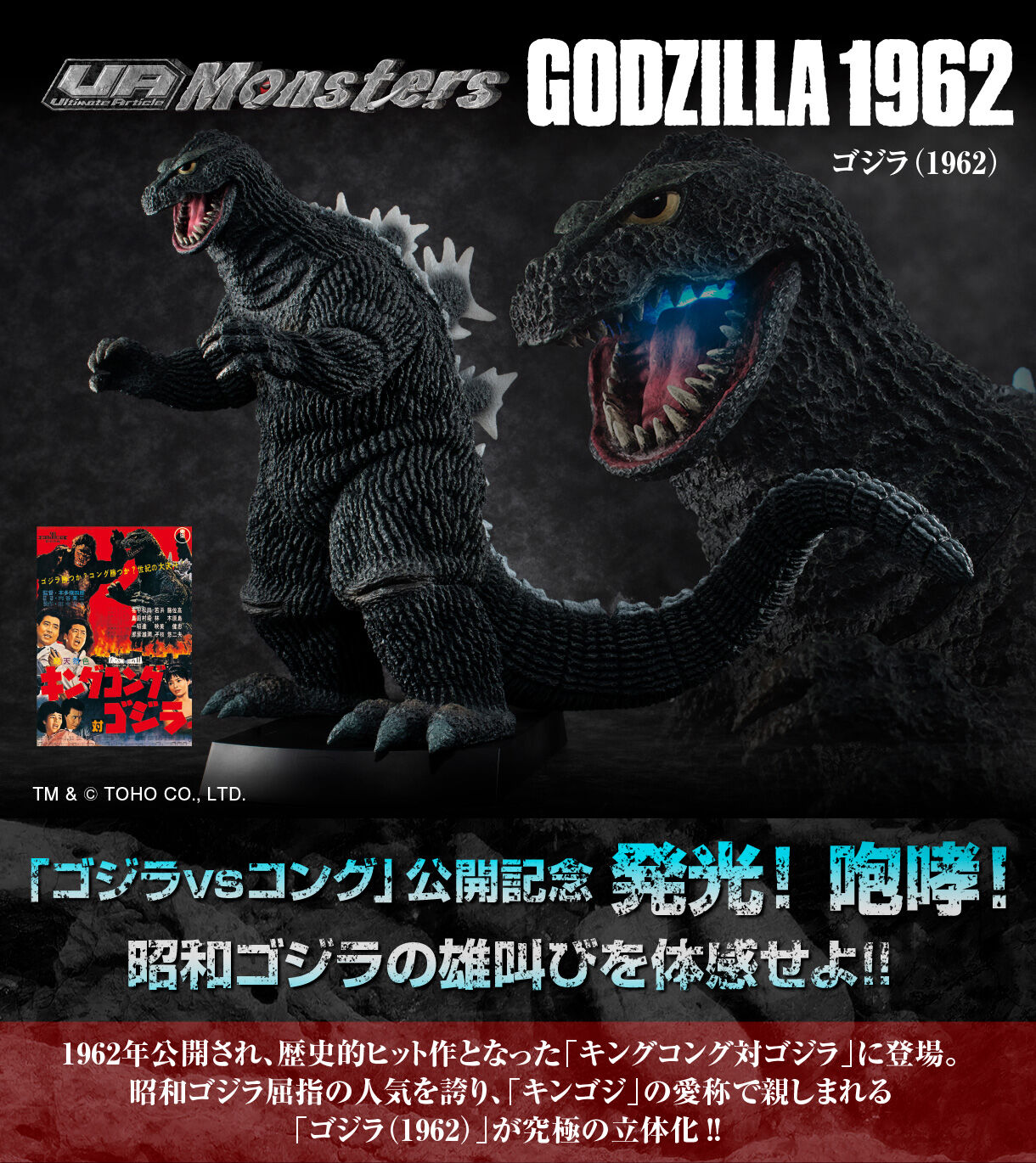 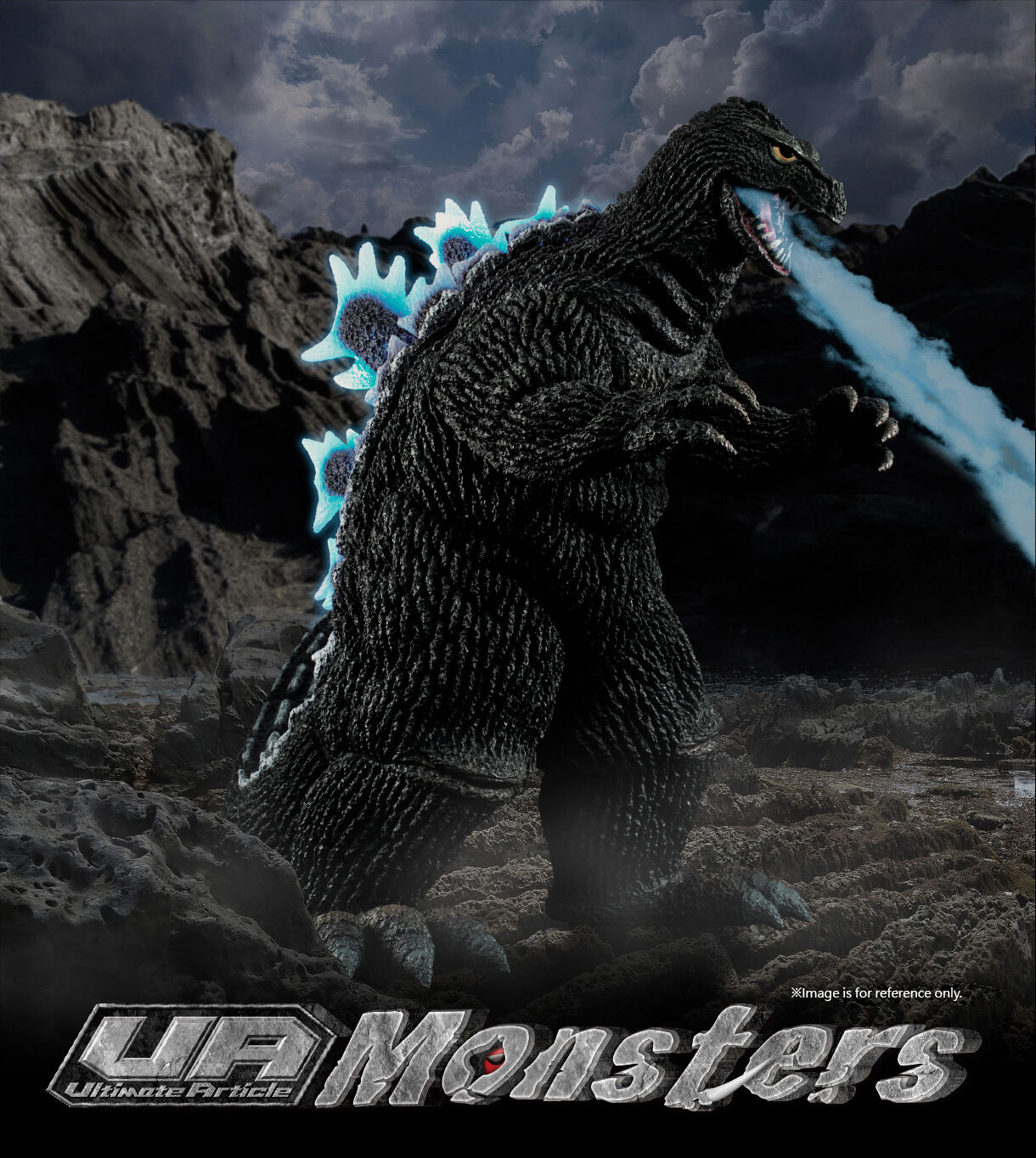 Celebrating the release of "Godzilla vs. Kong"! Here comes the Godzilla (1962) from the UA Monsters Series!

The Japanese-American-Monster fight with Kong at the foot of Mt. Fuji and Atami Castle around 60 years ago, the 3rd film of Godzilla "King Kong VS Godzilla" has become a historic hit film.
This version of Godzilla is nicknamed "KingGoji" by fans and is one of the most popular Godzilla designs of the Showa era!
Iconic reptilian face, massive build with thick legs, the dorsal fin and rough skin - everything about KingGoji's unique appearance has been captured in a stunning 30cm scale model!

Also, it features in light-up and sound effect which is the series' gimmick.
Turn on "ON1" on the display stand to lighten up the milky dorsal fin in pale blue light.
Switch to "ON2" to have Godzilla's powerful roar (long roar for twice), the light on back will also start flashing slightly. Just like launching the atomic heat beam, inside of the mouth will start flashing too. It is sure to enjoy the greatest scale of presence.

Large scale and stunning sculpture, light-up and sound effect, the charm of the Showa's Godzilla is condensed, you can enjoy "KingGoji" fully.