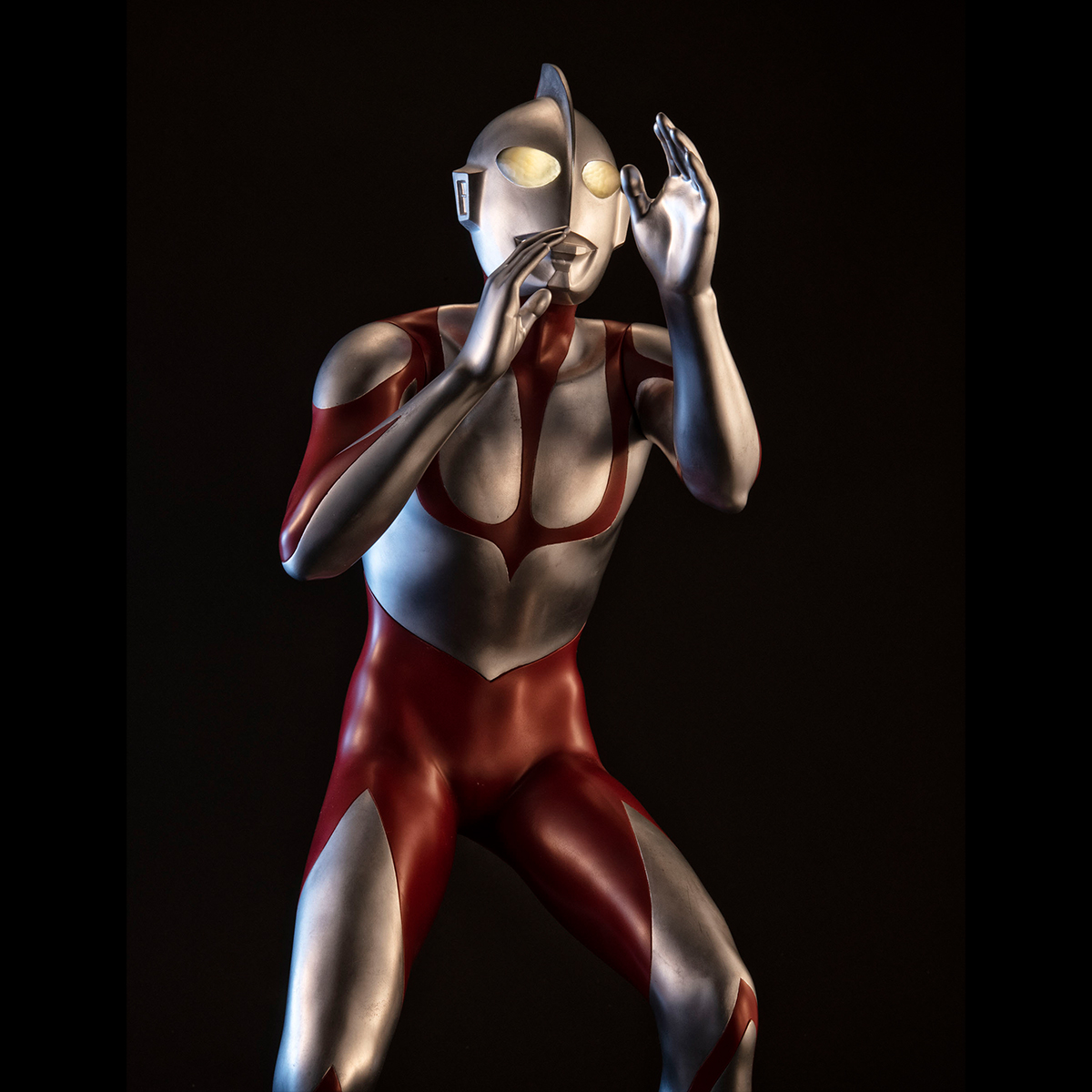 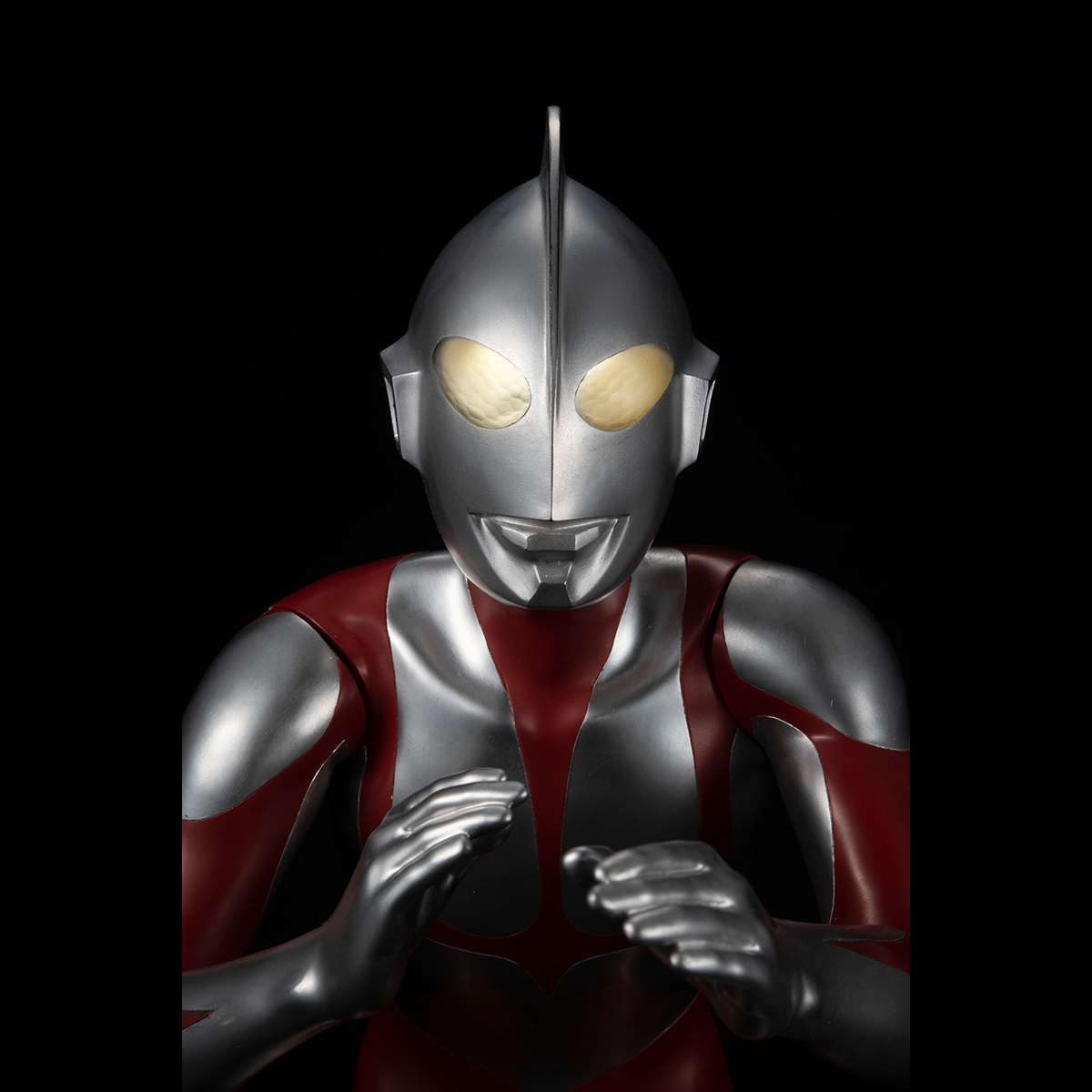 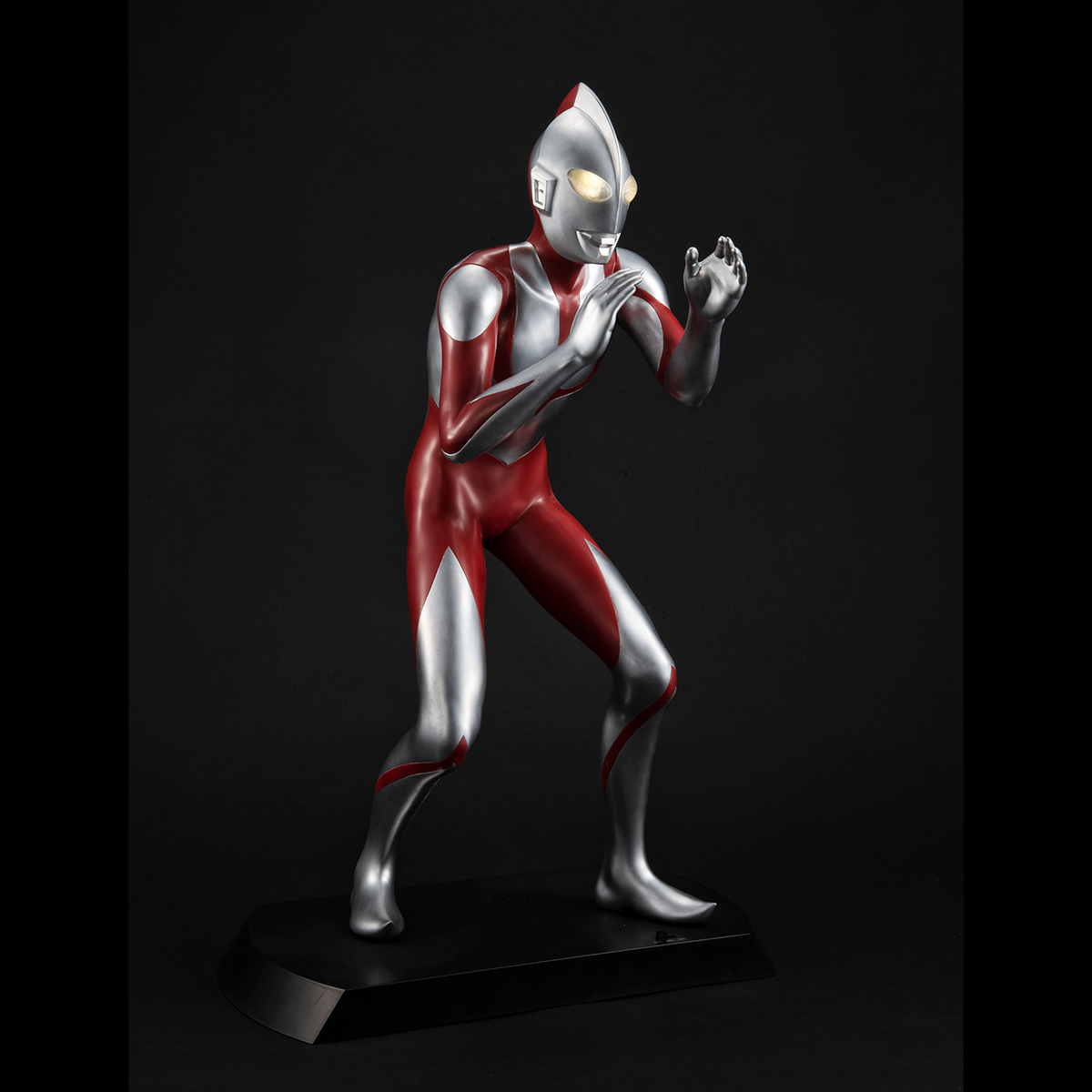 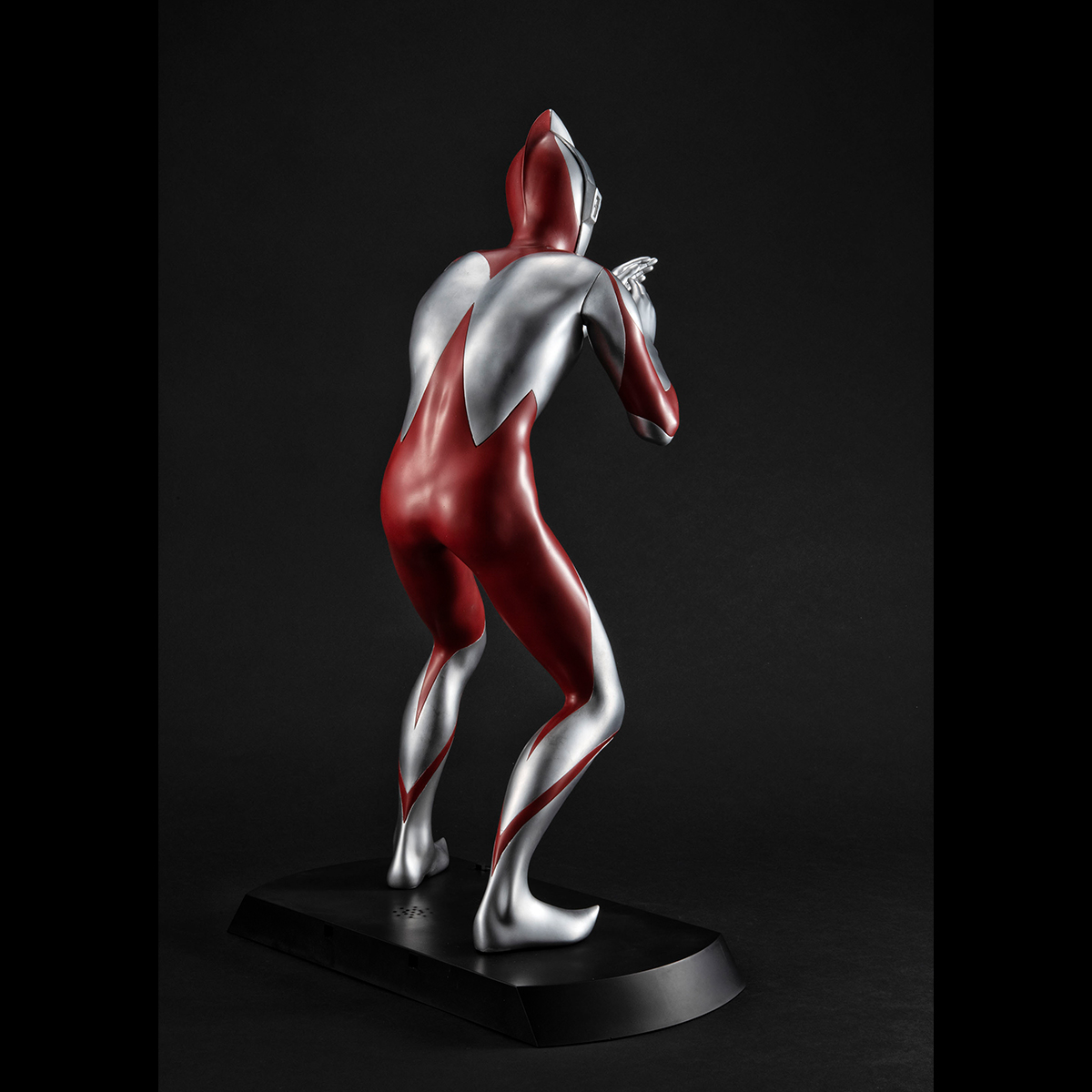 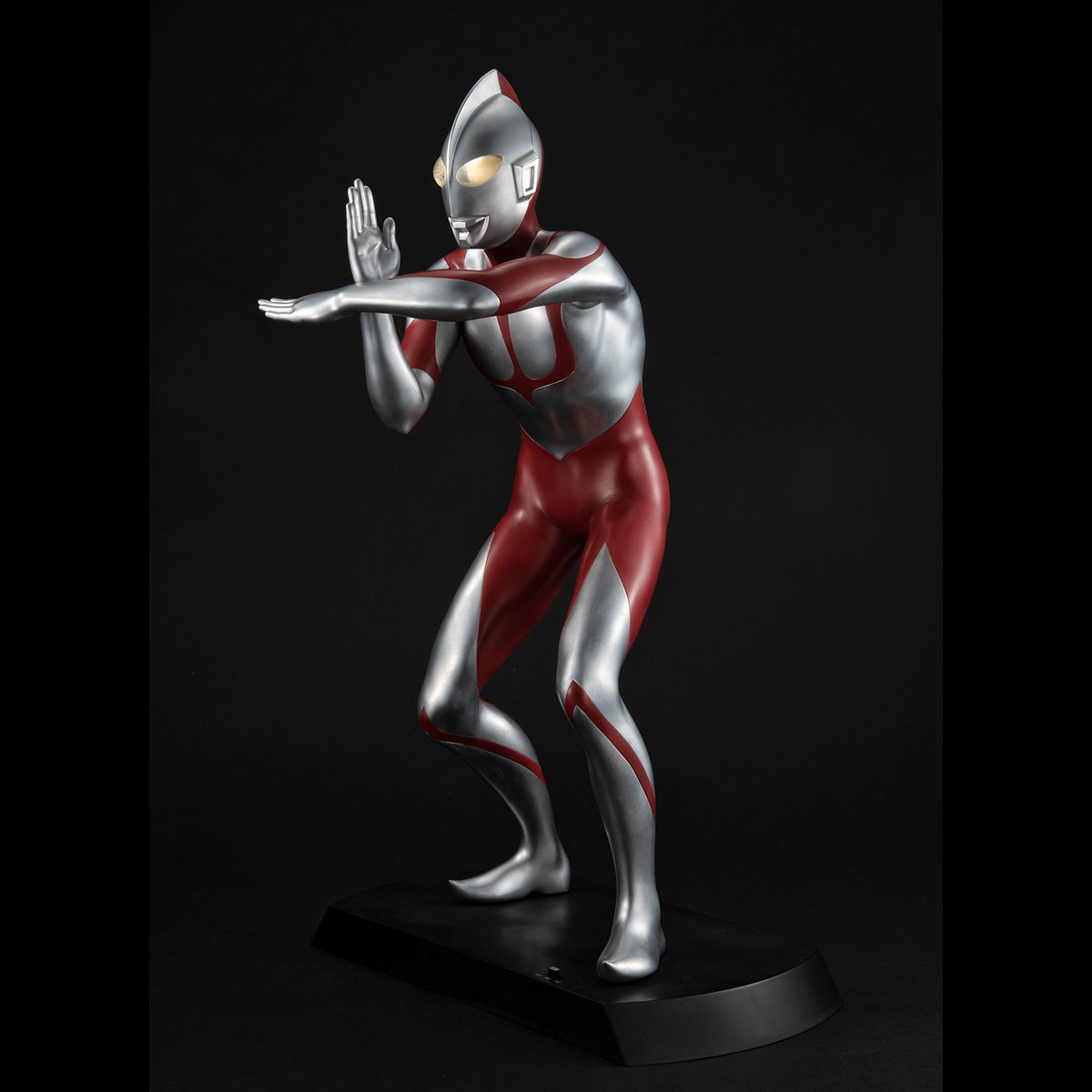 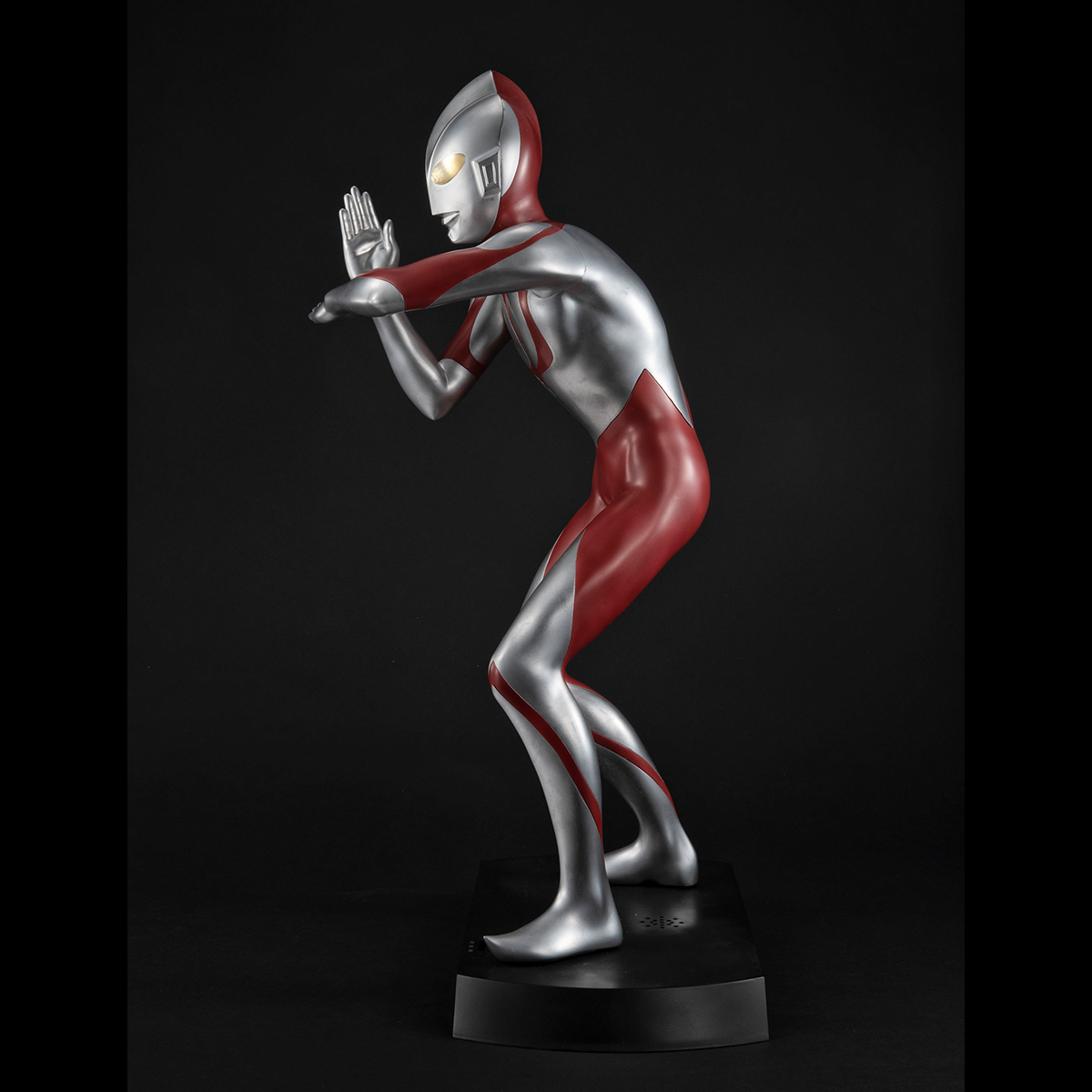 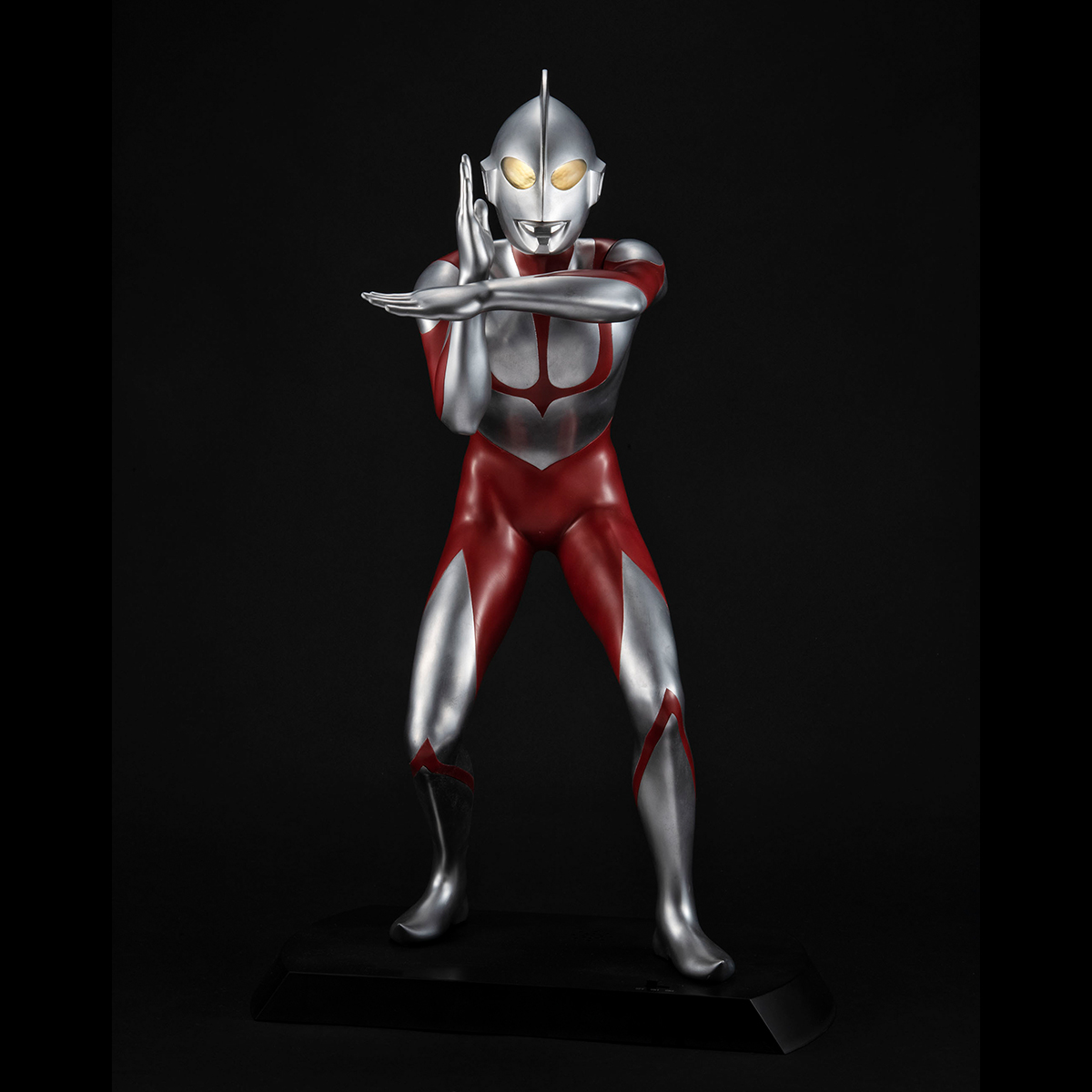 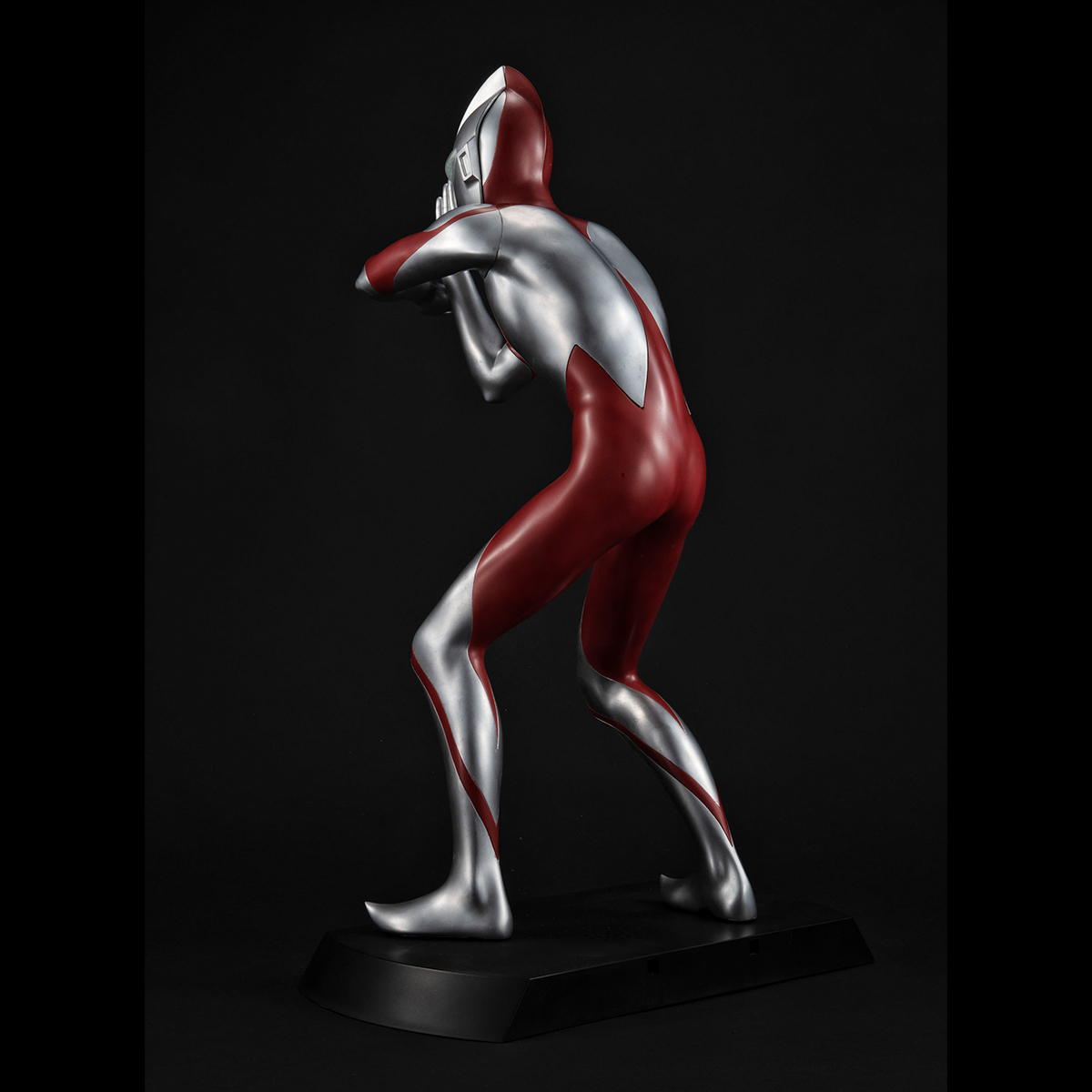 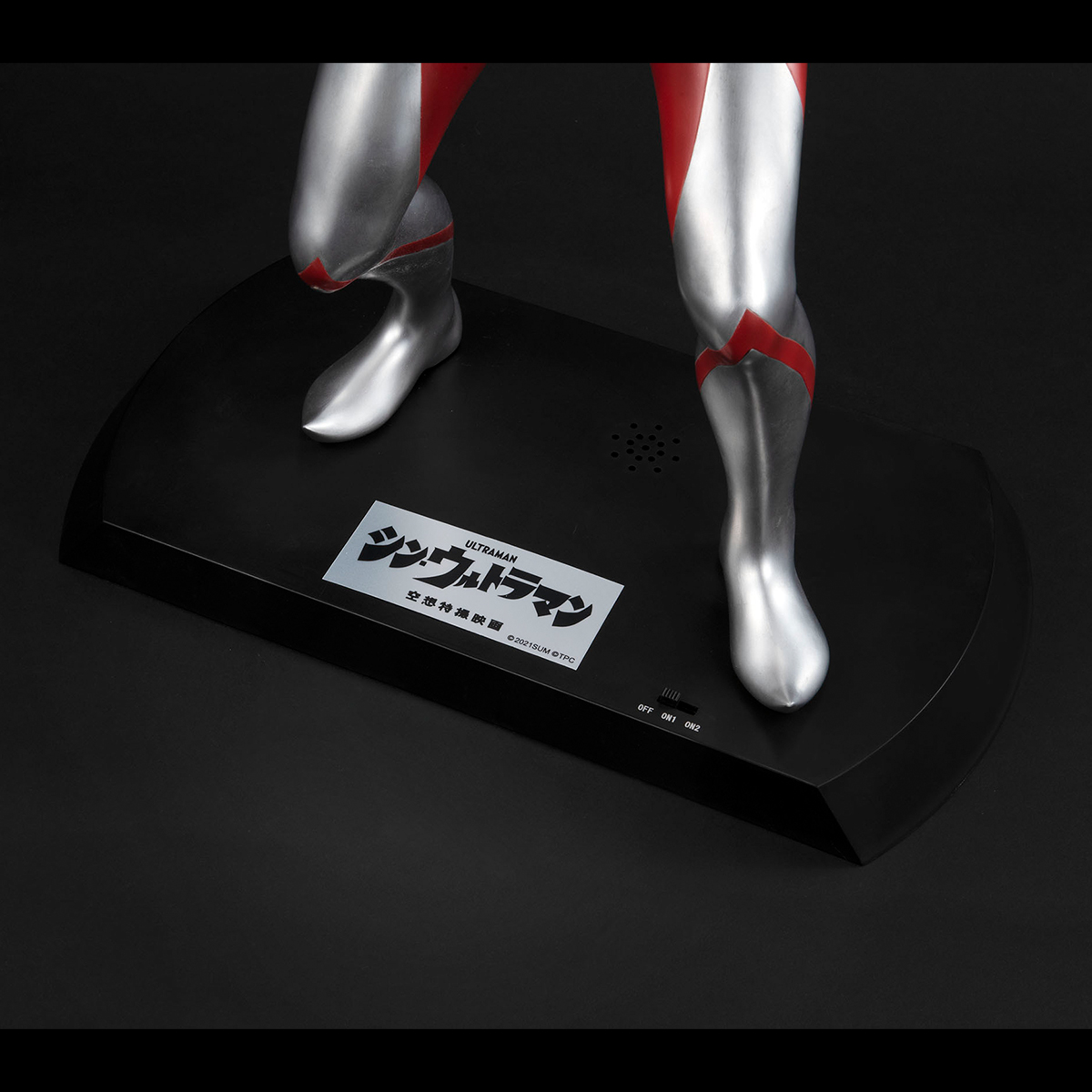 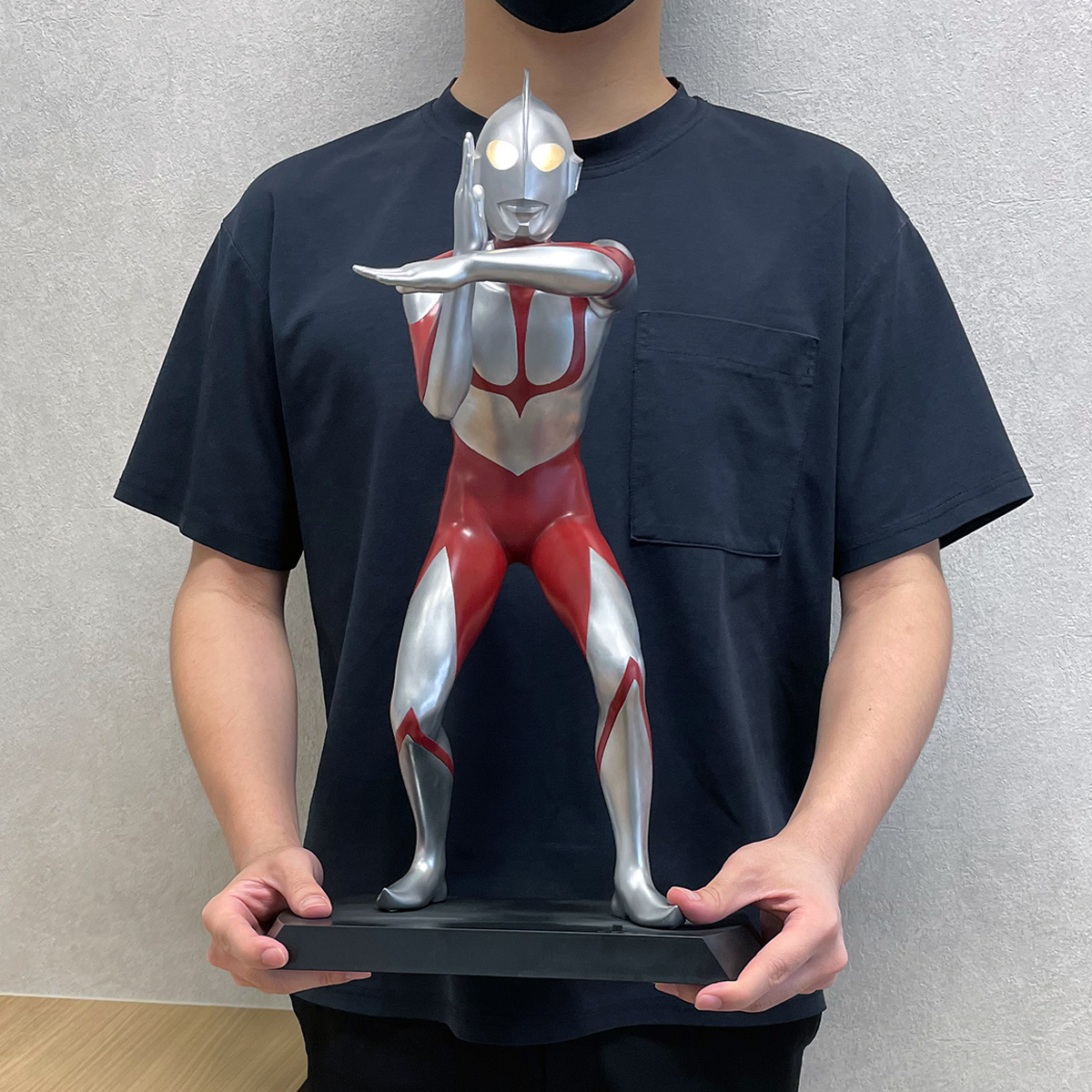 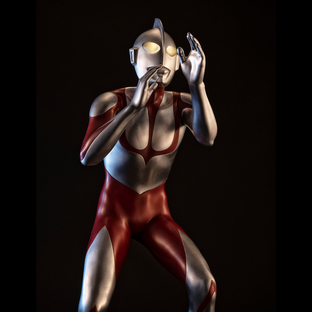 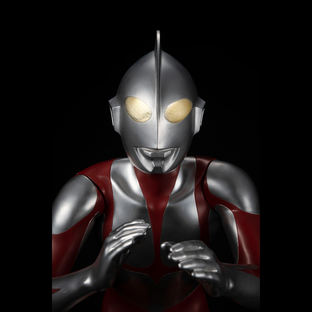 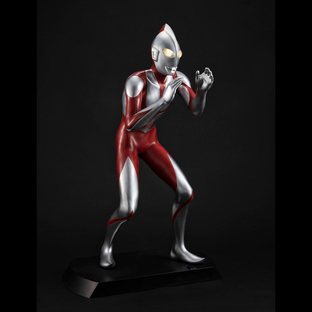 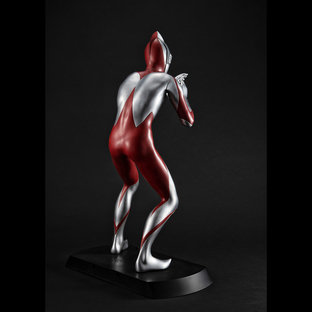 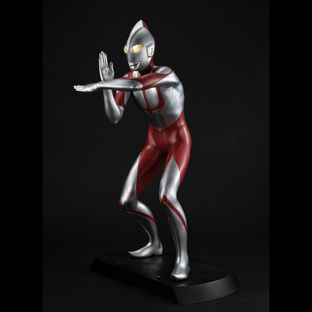 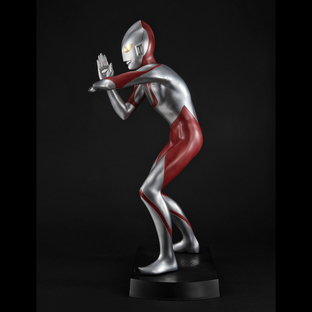 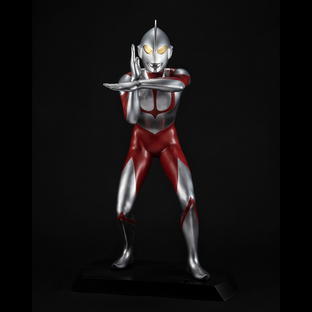 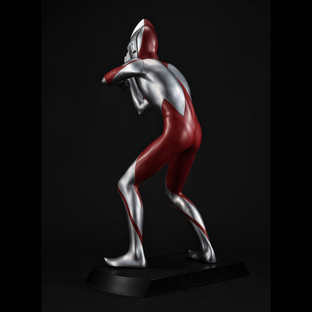 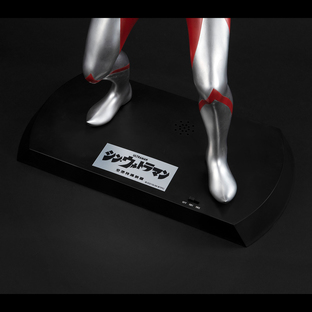 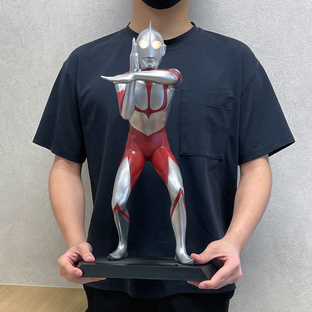 The brand new Ultraman film "Shin Ultraman" hit theaters in Japan on the 13th May 2022, and from the hit film comes a huge 40cm scale Ultimate Article figure of Ultraman featuring light-up and sound effects!

This version of Ultraman is made using CG technology giving him a more stylish look than ever before, which has been carefully captured in figure form with his seamless body, mask and even the smaller areas such as the soles of his feet intricately detailed. The shiny reflective silver of the body has also been captured on the Ultimate Article!

The base features a switch that lights up his eyes and also plays sound effects (transformation sounds, beam sounds and flight sounds). Alternative arm parts are included to switch between either a fighting pose or his Spacium Beam pose.

Two base stickers are also included to choose between - either the Ultraman logo or the SSSP logo. The ultimate model for fans to enjoy in their collection - make sure you don't miss out!