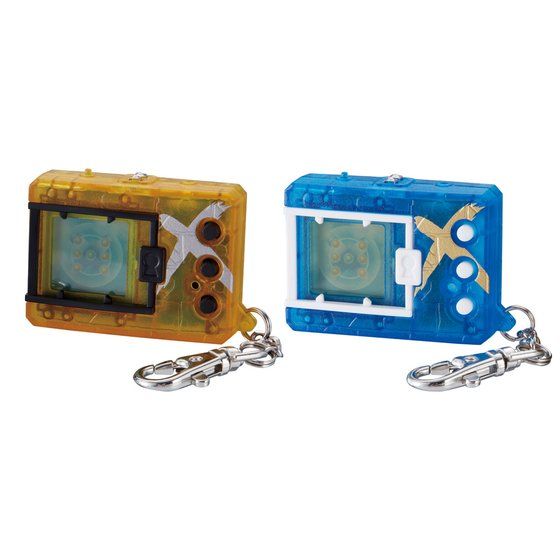 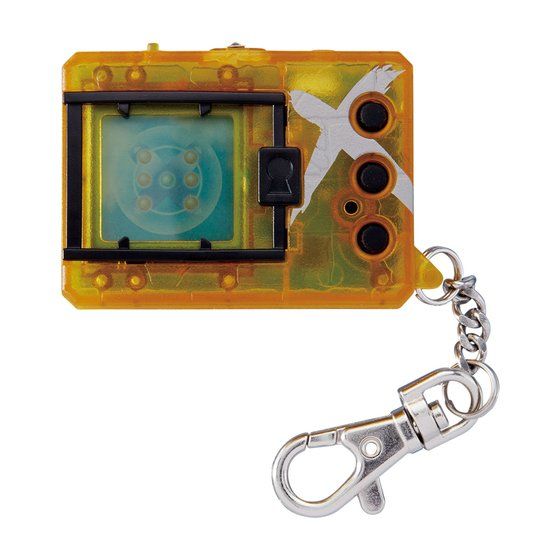 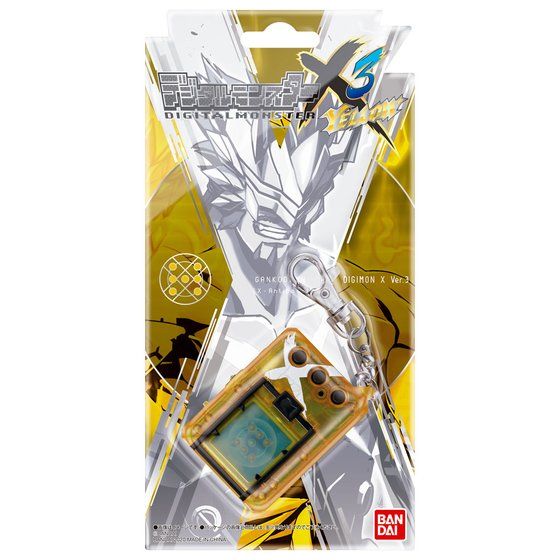 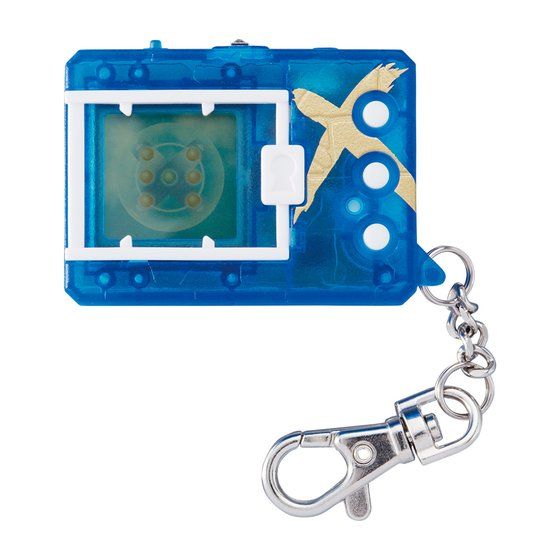 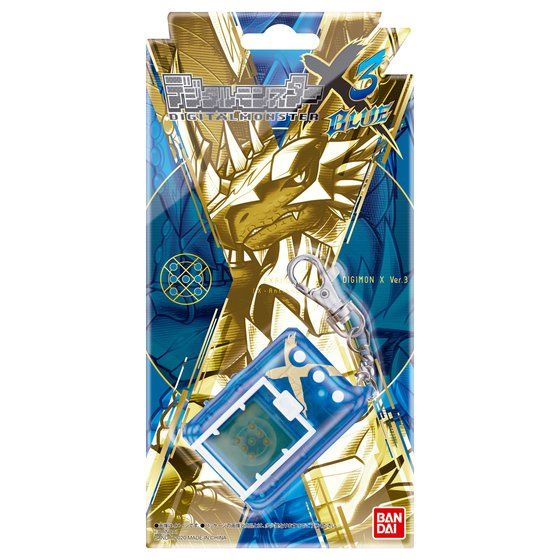 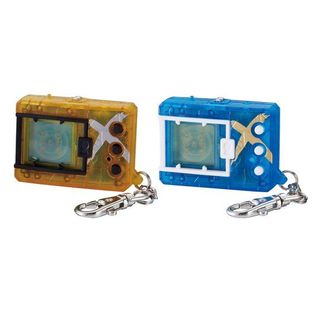 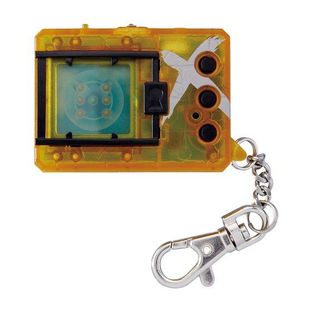 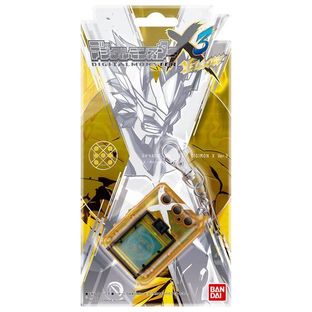 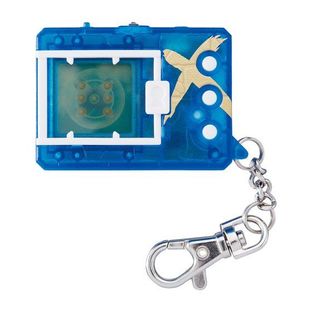 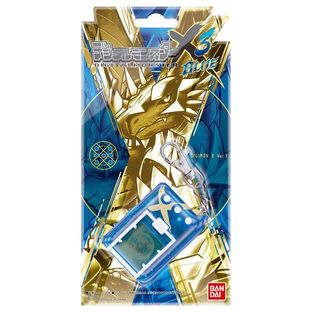 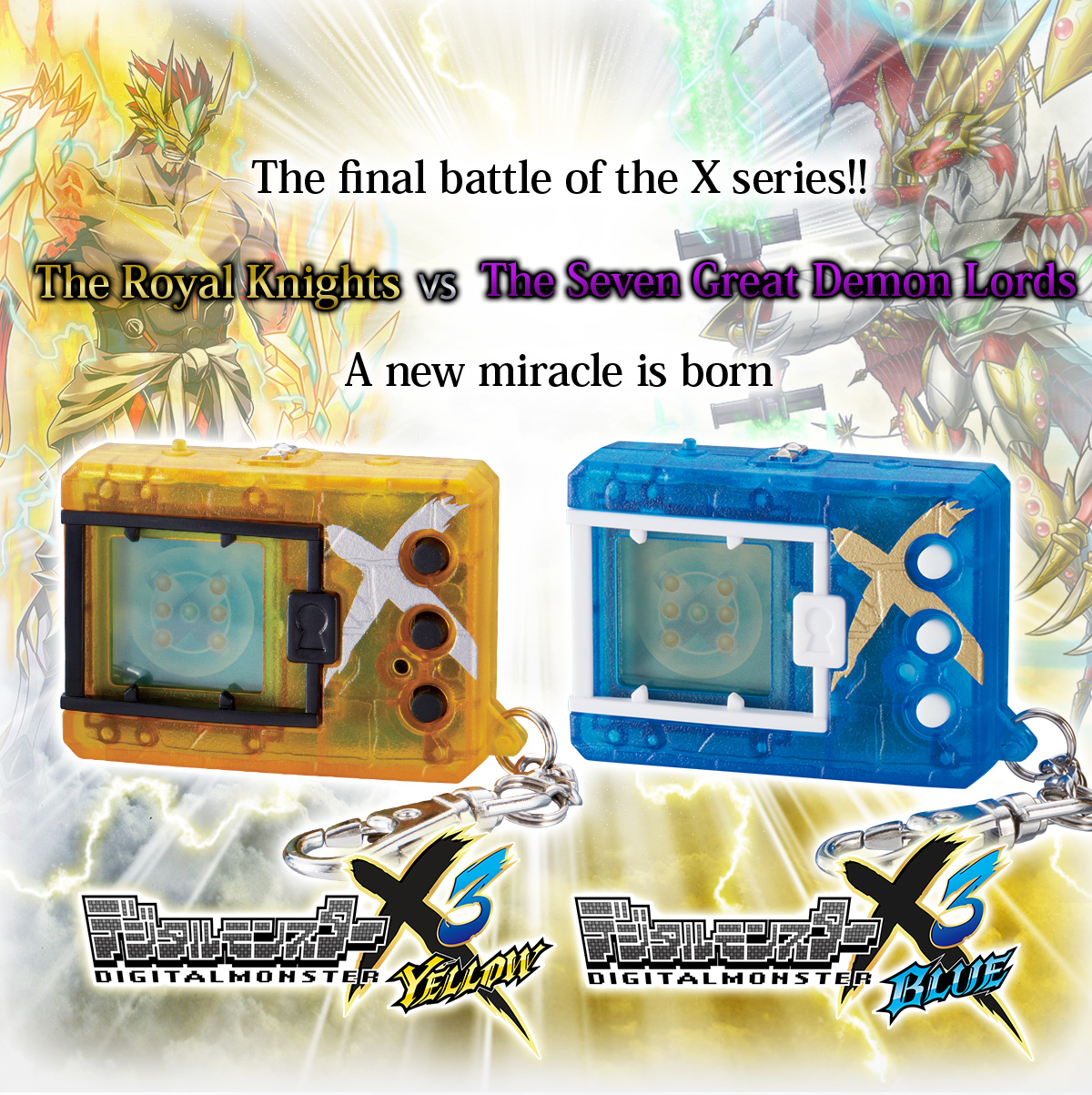 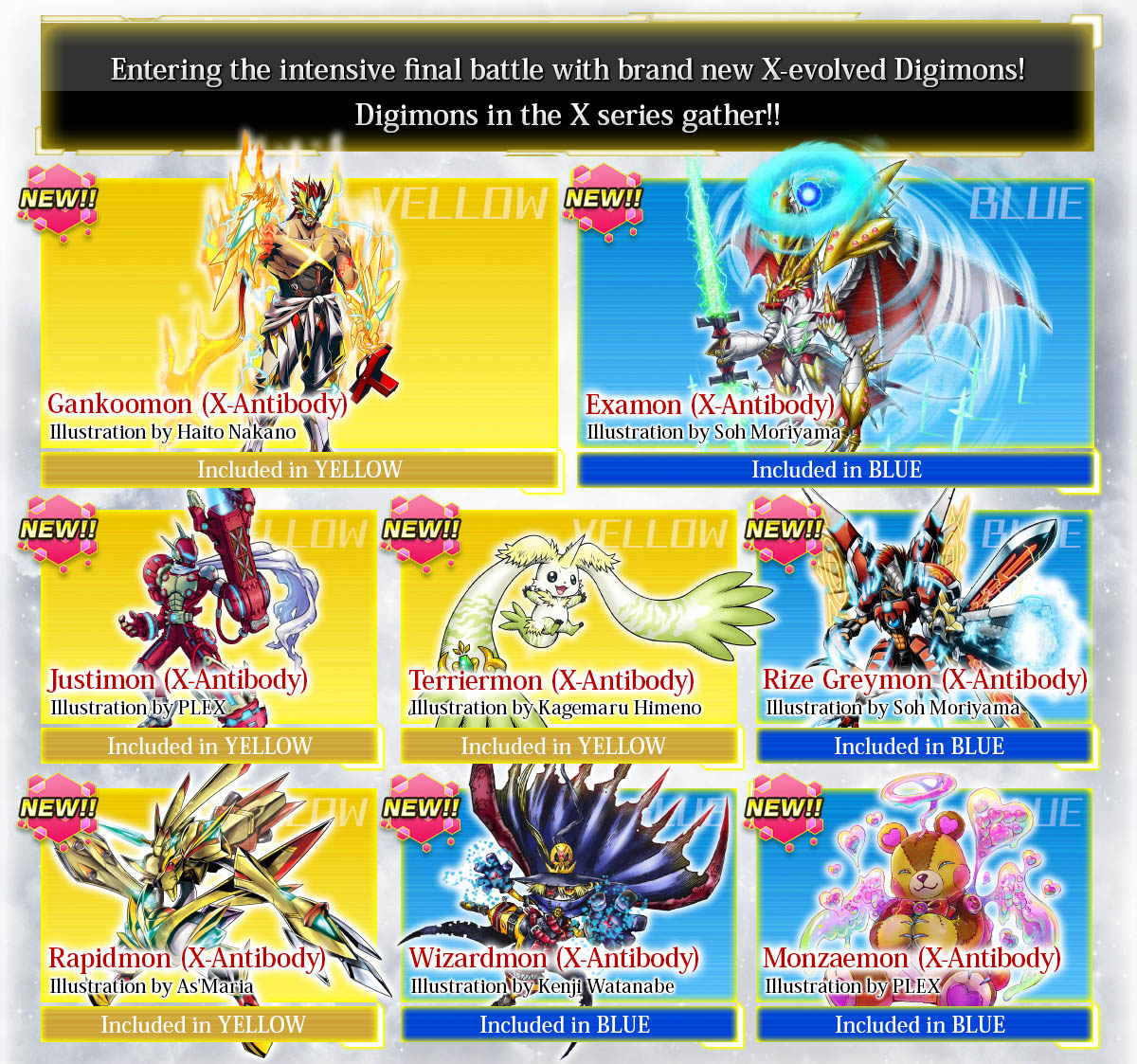 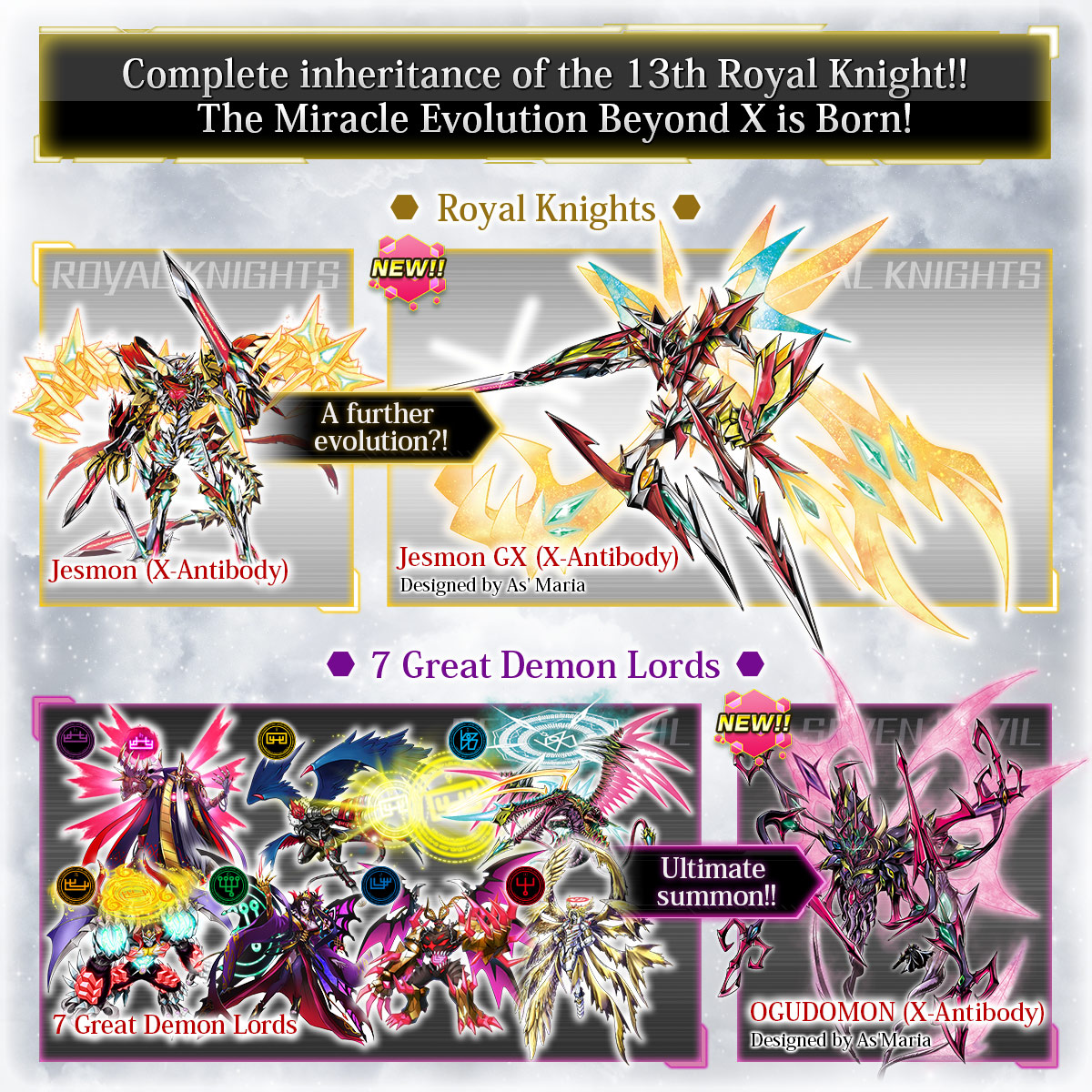 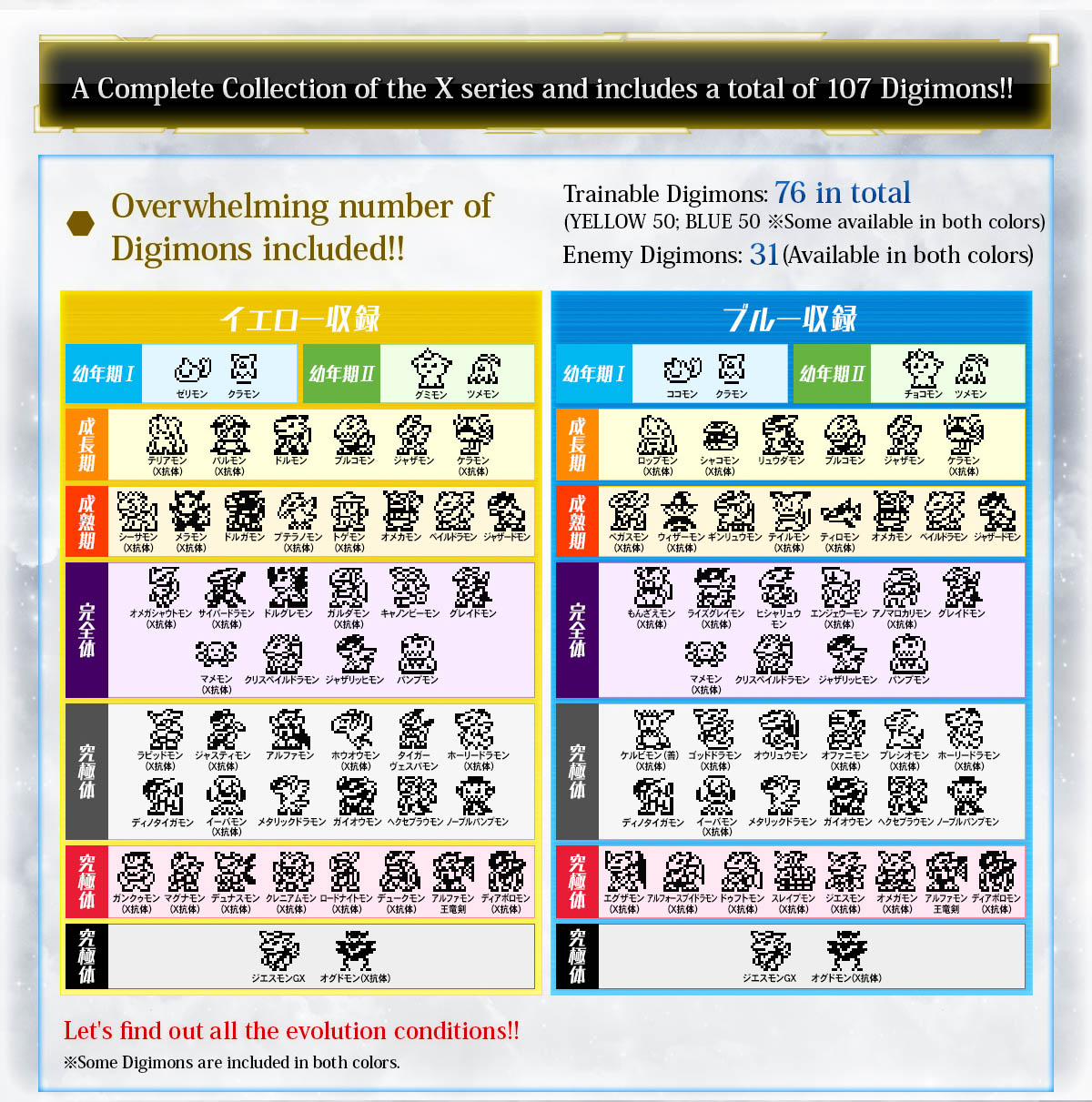 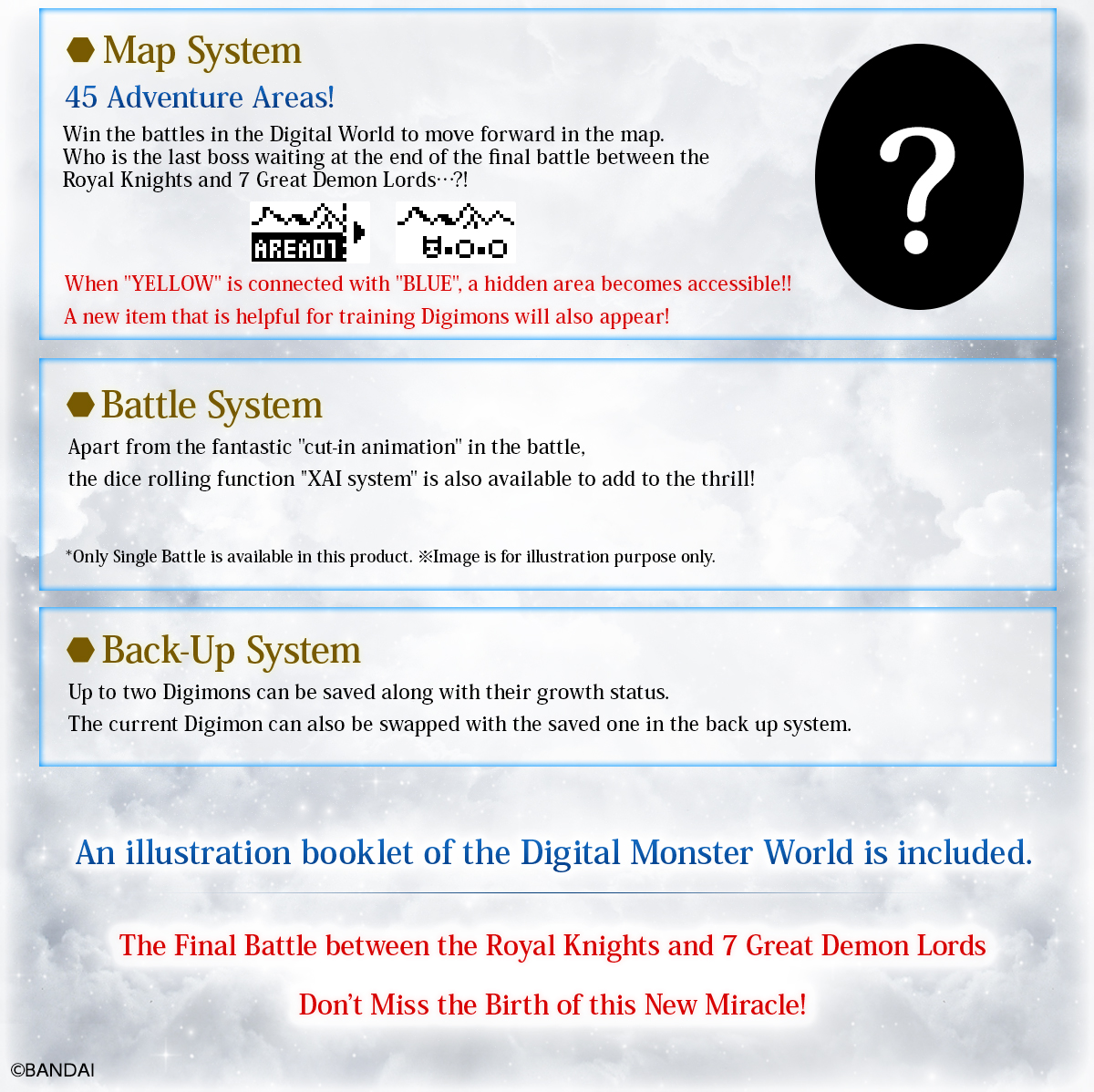 The Final Chapter of the LCD screen toy 'DIGITALMONSTERX' is now on sale!
Up to 107 Digimons in the series are included
～The ART BOOK featuring X-Antibody Digimons is also accepting pre-orders now (sold separately)～


In the series of LCD screen virtual pet device 'Digital Monster', the finale of the series 'DIGITALMONSTERX Ver.3' is launched. It includes a number of X-Digimons which are X-evolved, which is different from the normal evolution form.

Similar to the previous version, it is attached with an illustration booklet regarding its fictional universe.

The product this time is a complete collection of the X series and includes 107 Digimons, the largest number in this series.

Same as the previous version, after winning a battle, the player is able to go forward in the map of the digital world.

The Battle System is also similar to the previous one. When the Digimon uses its finishing attack during a battle, the close-up of the Digimon will cut in, creating an impressive battle scene. In addition, the dice rolling function 'XAI(サイ)' system enables the speed of attack gauge to change depending on the number of dice when rolling it before the battle.

The final boss appears with the cut-in animation of Seven Great Demon Lords. When special conditions are fullfilled in the game, the final boss will become a trainable Digimon.

Also, up to two Digimons can be saved along with their growth status. The current Digimon can also be swapped with the saved one in the back up system.