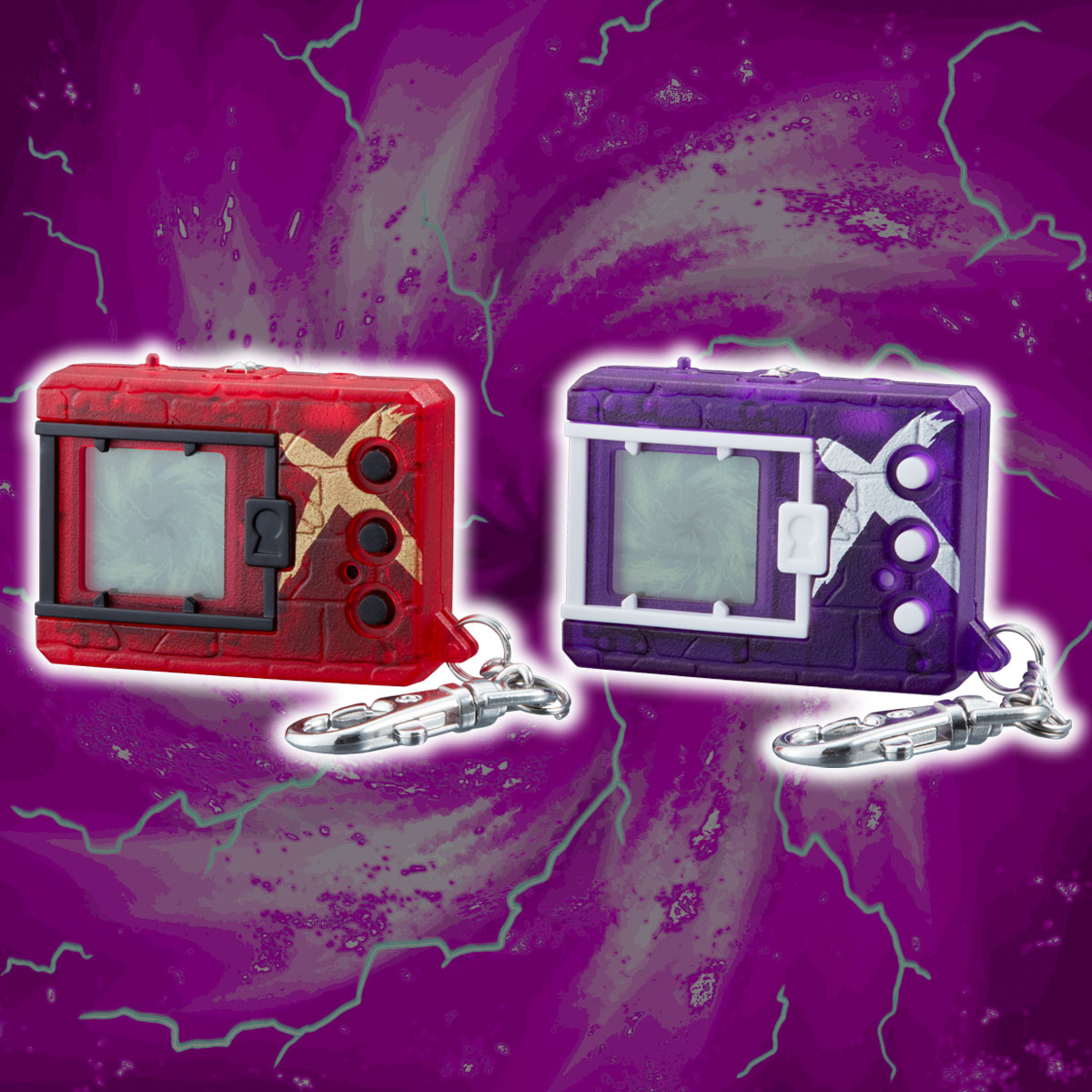 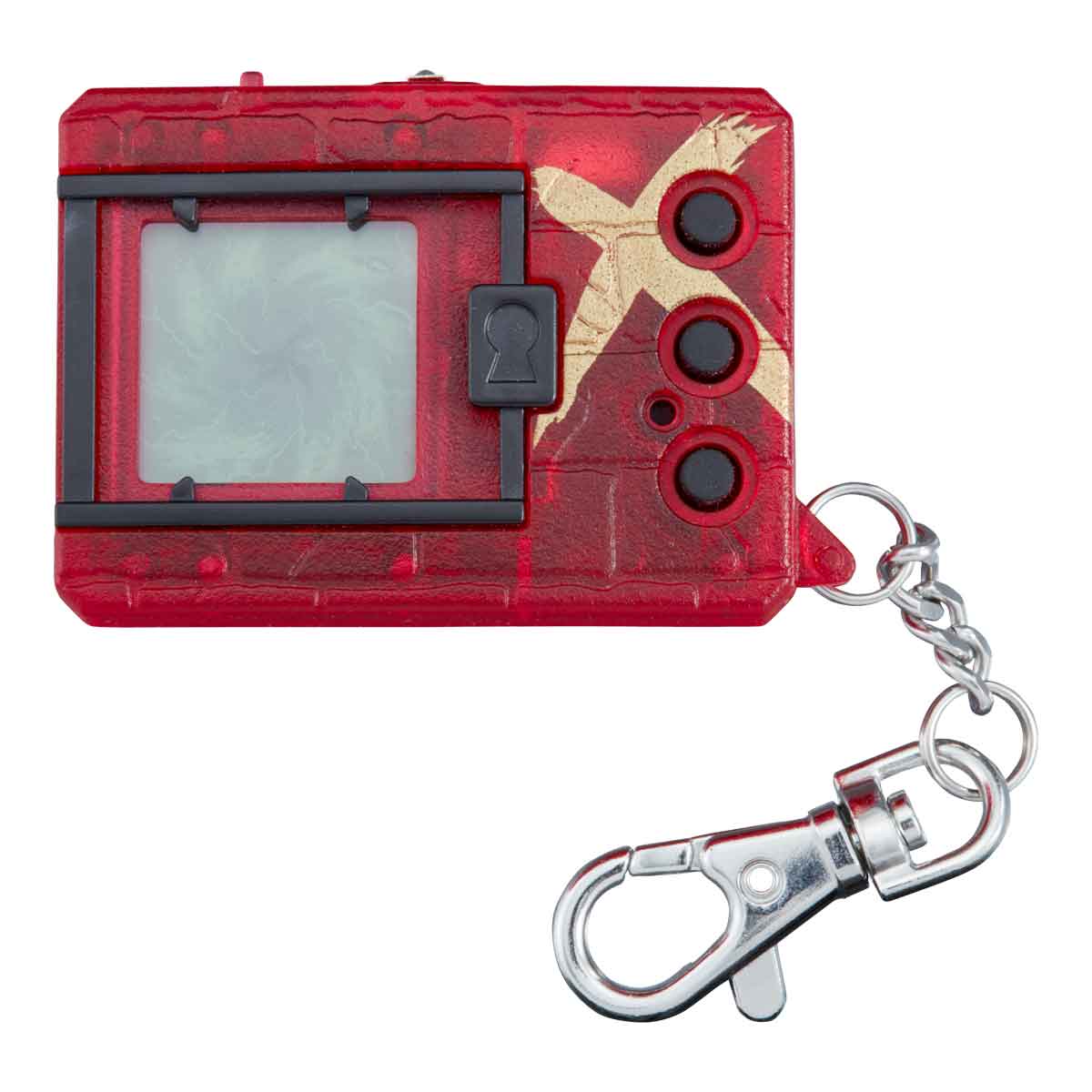 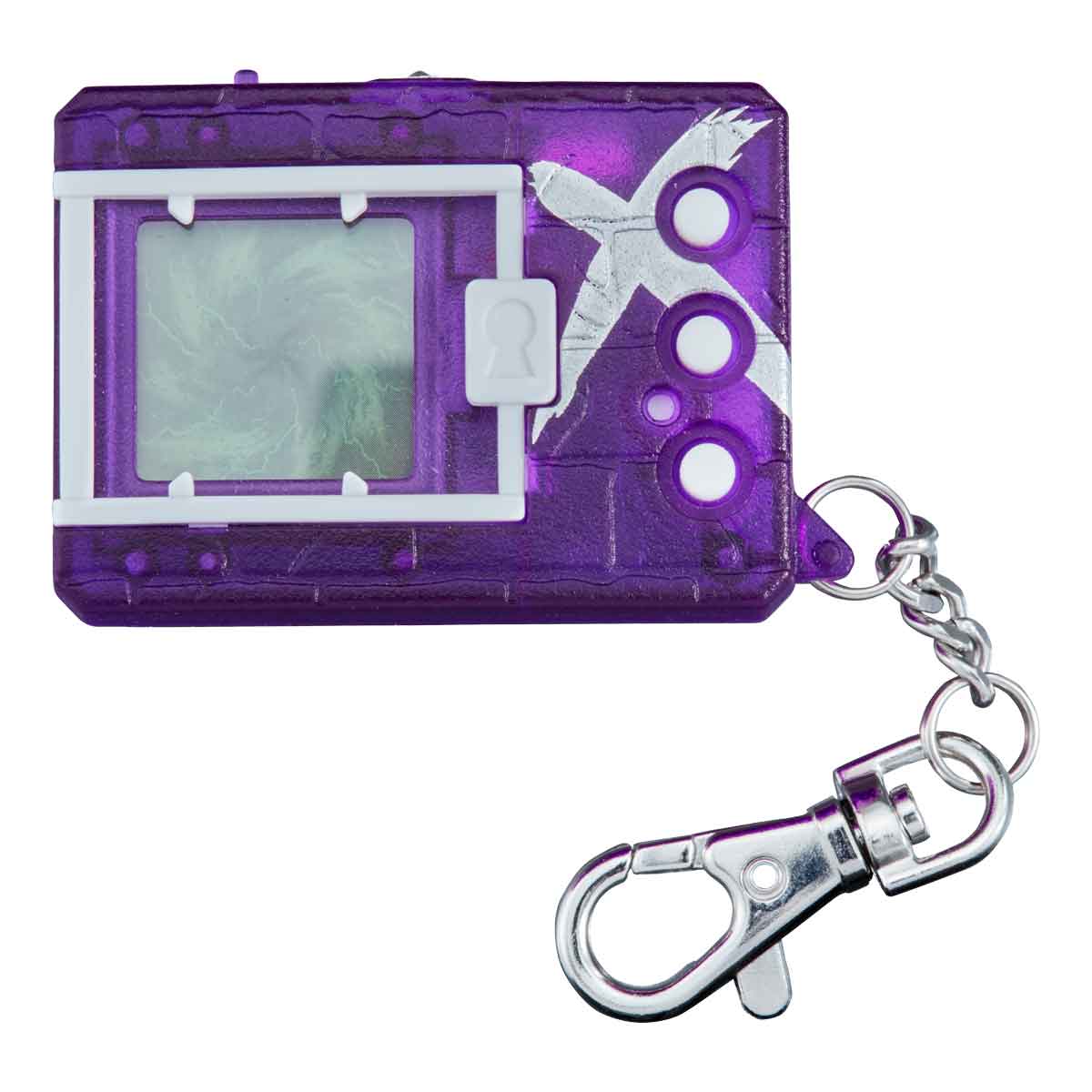 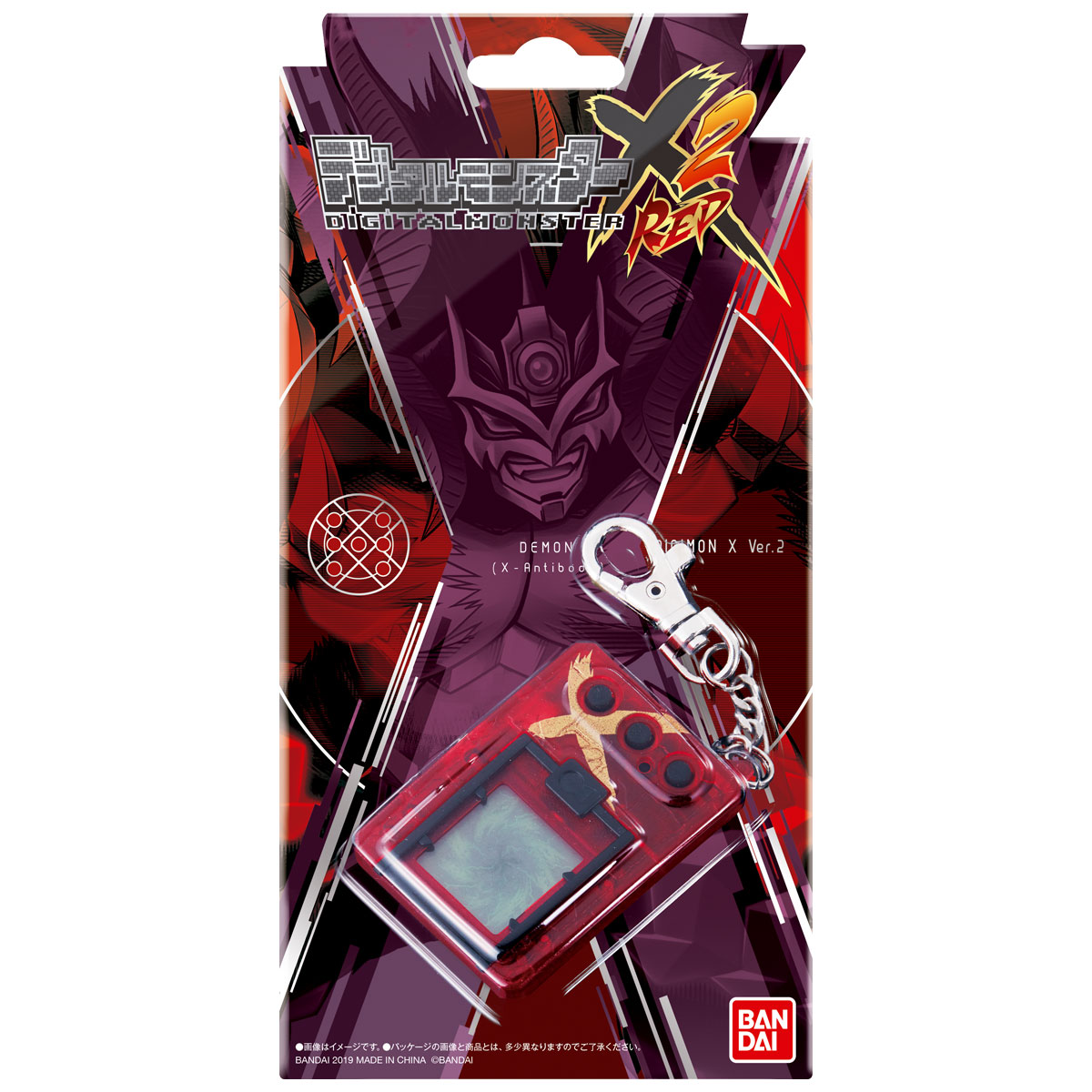 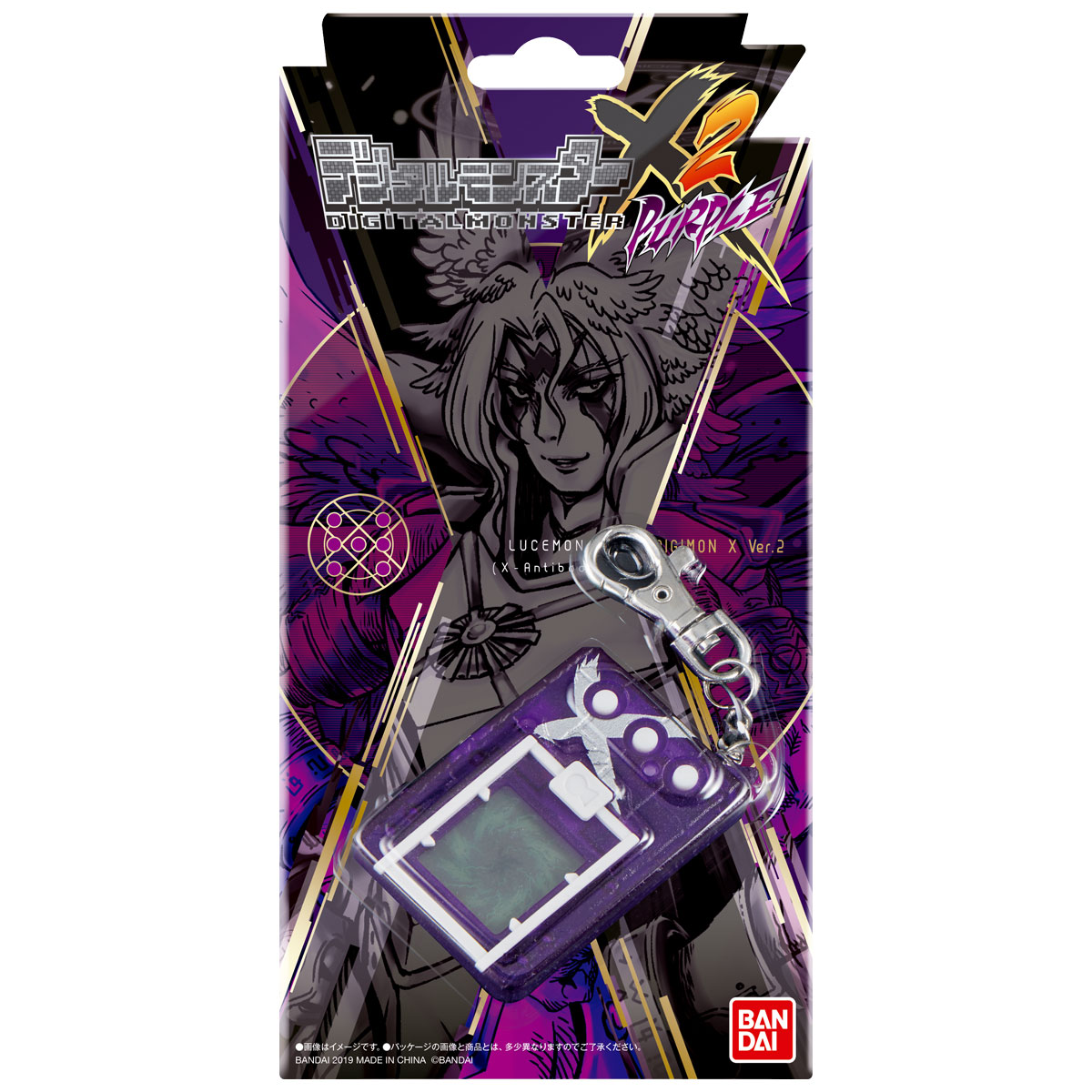 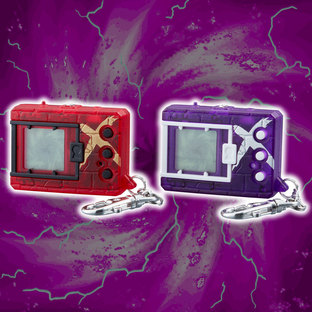 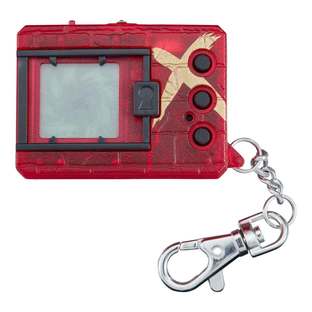 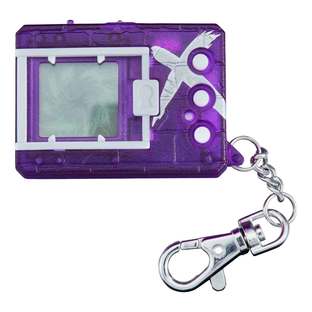 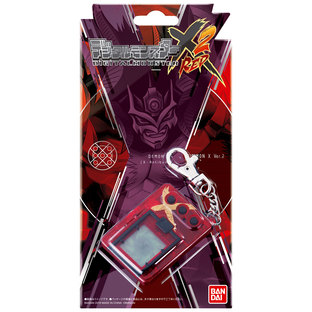 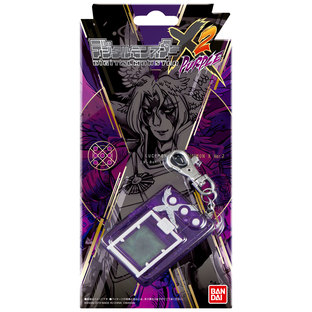 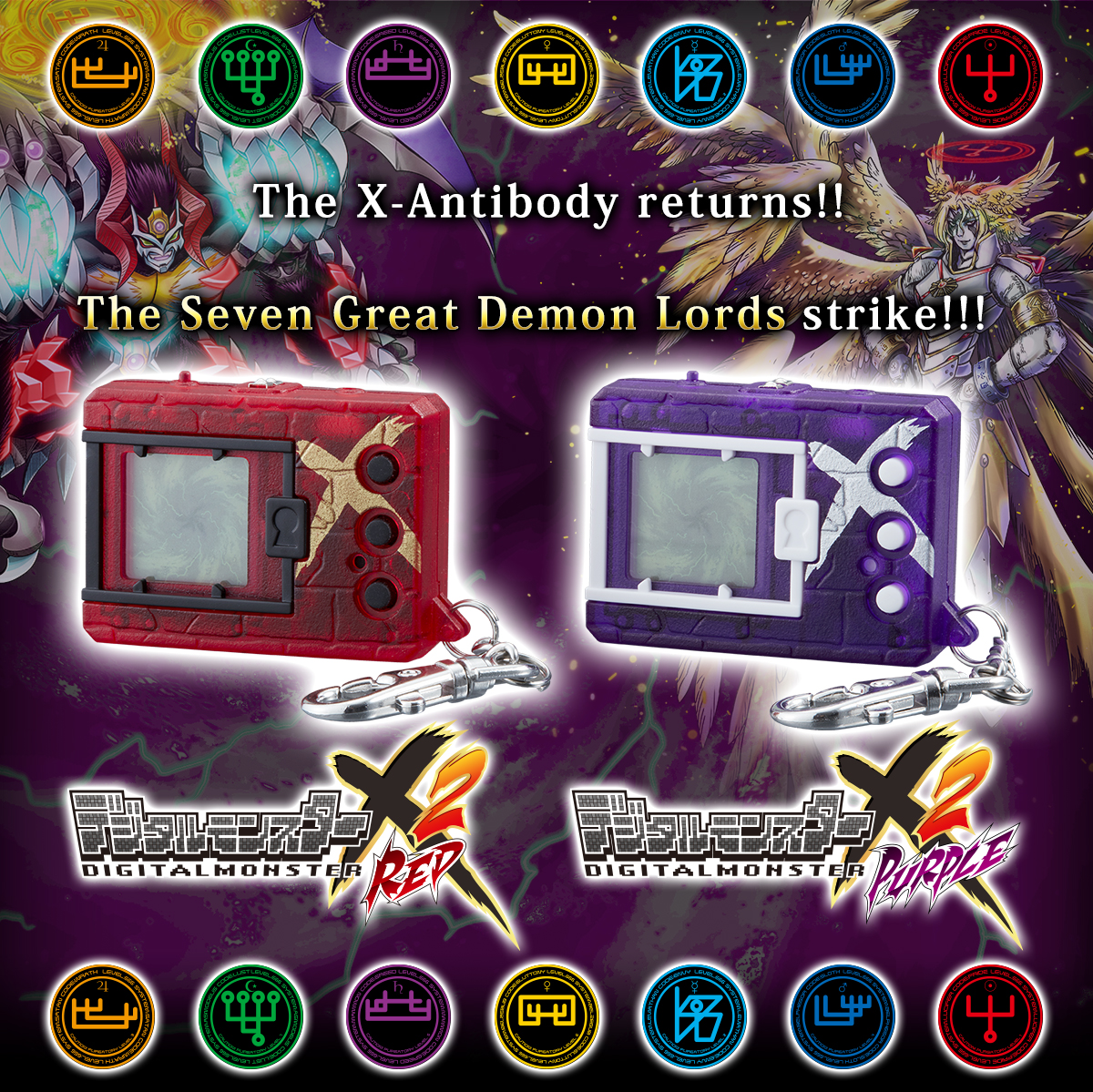 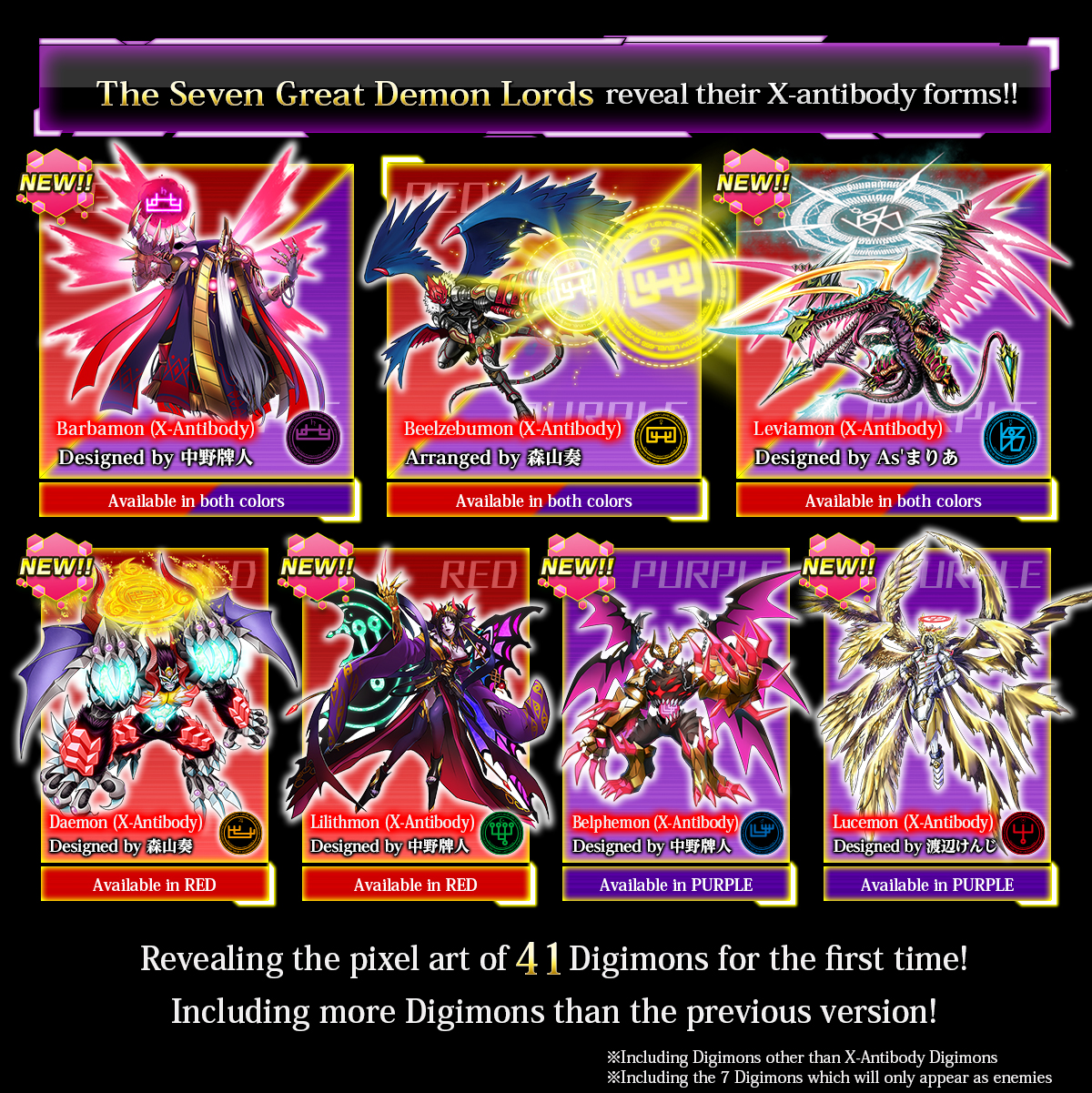 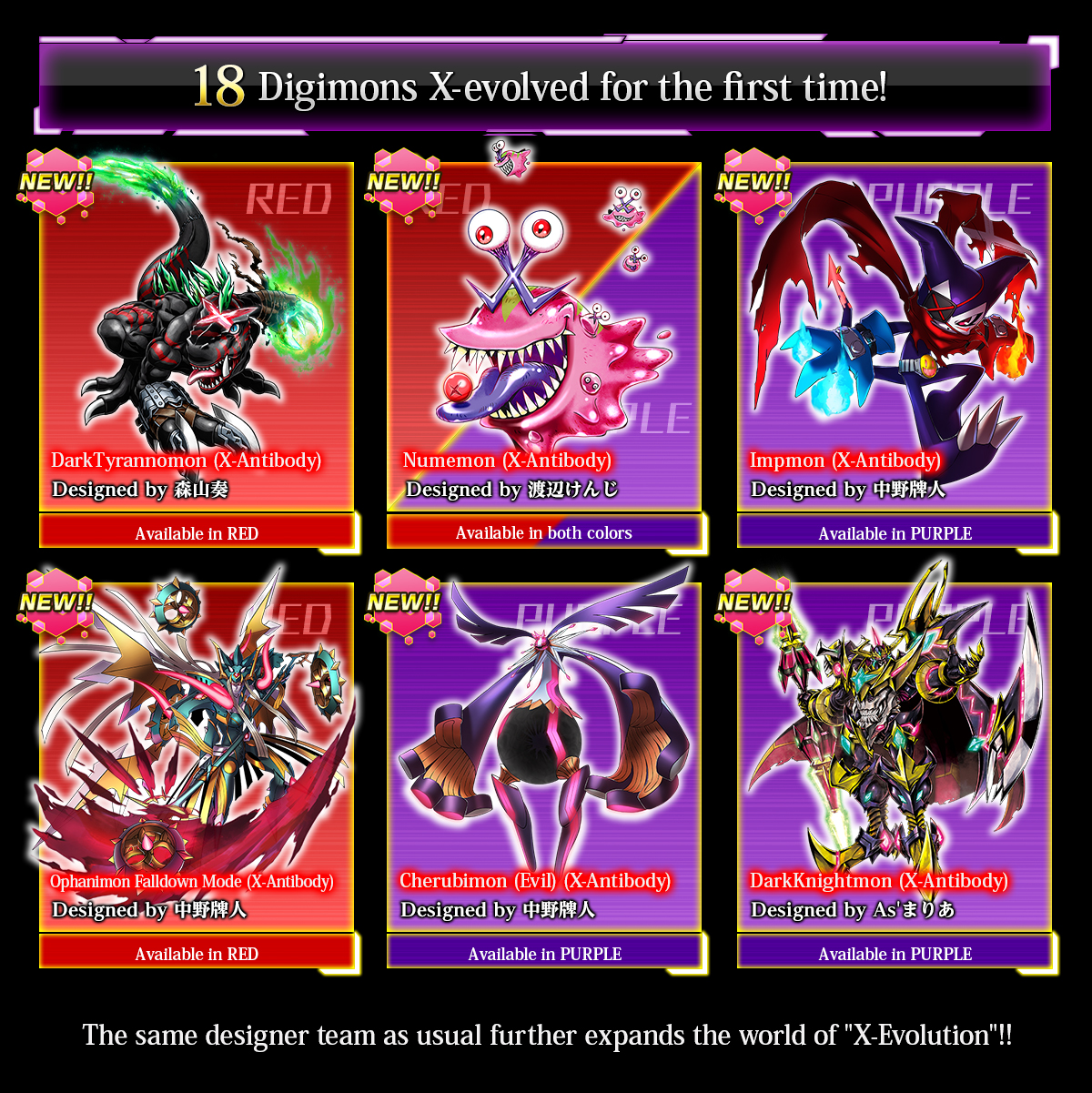 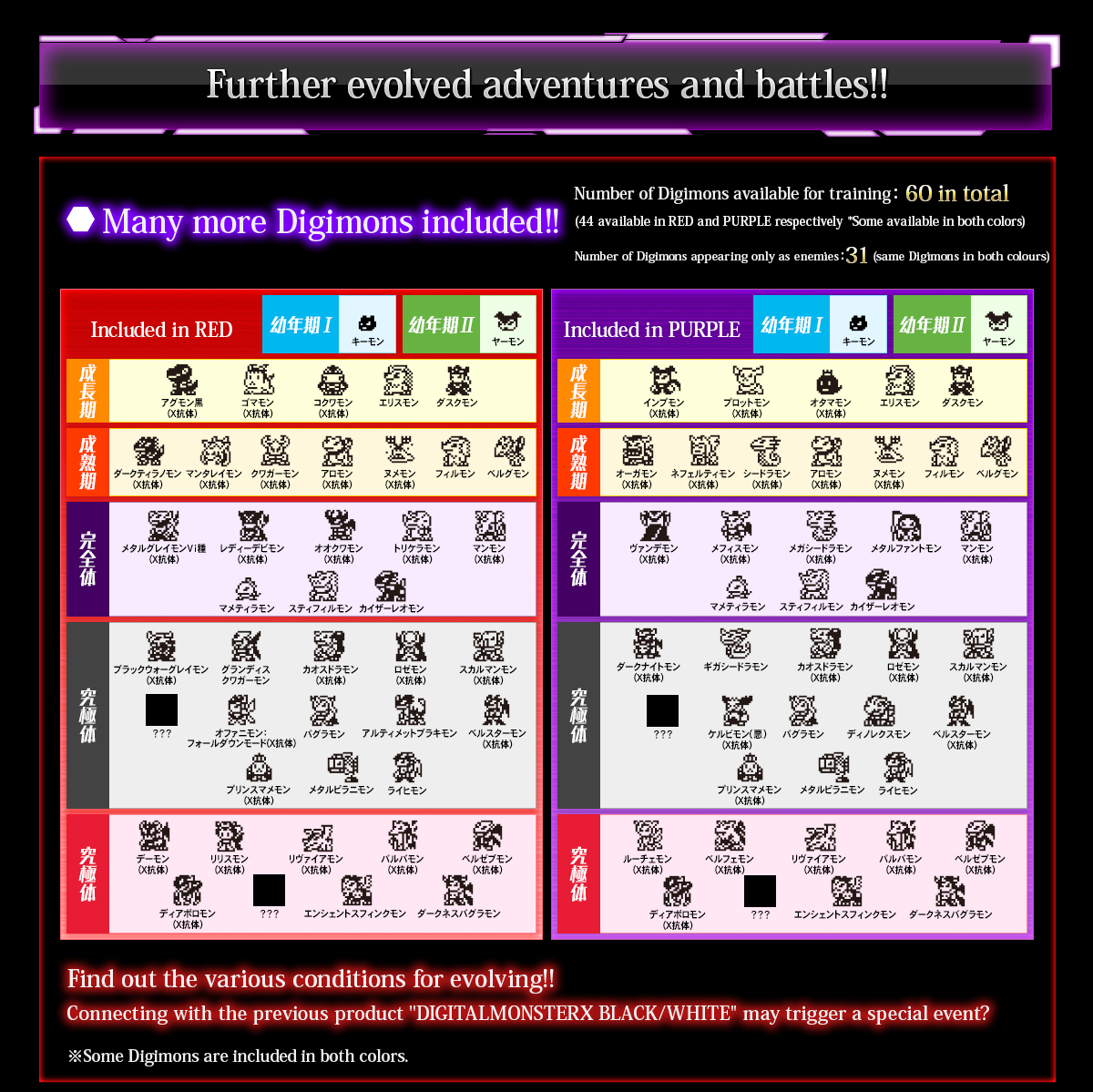 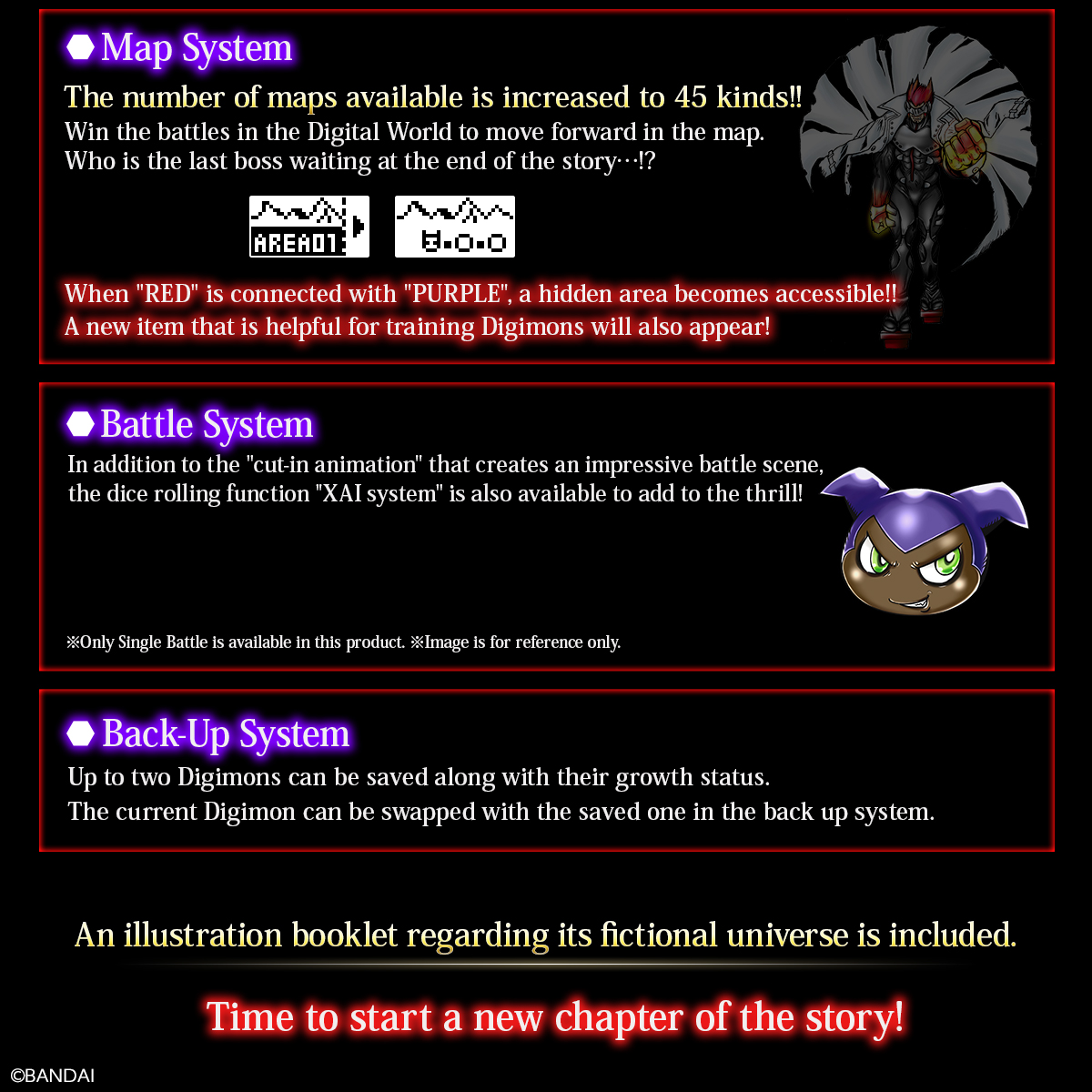 Limited stickers are already out of stock.
Please note that this batch of orders will not come with the limited stickers.
Thank you very much for your enthusiastic support.

The Sequel of the LCD screen toy 'DIGITALMONSTERX' is released!
X-Evolved Seven Great Demon Lords and X-Antibody Digimon are included!
~The Trainable Digimons & Battle area are largely increased than the previous version～


In the series of LCD screen virtual pet device 'Digital Monster', the sequel product 'DIGITALMONSTERX Ver.2' is launched. It includes a number of X-Digimons which are X-evolved and different from the normal evolution form. In this product, the X-evolved evil digimons nameed "Seven Great Demon Lords" are also included. X-Antibody Digimons "Barbamon(X-Antibody)" and "Leviamon(X-Antibody)"are featured in this portable LCD virtual pet device. 41 digimons, like "Stefilmon" and "KaiserLeomon" are also available. There are 91 digimons in total.

Moreover, 18 digimons with the X-evolution, like "DarkTyrannomon" and "Numemon" are launched. Besides, the toy is attached with an illustration booklet regarding its fictional universe.

―Point of Evolution―
The digimons included are largely increased. There are 60 digimons that can be trained (2 colours in total) and 31 enemy digimons (available in both colours) this time.

If the battle is won, the player is able to go forward in the map of the digital world.
"Map System" is improved to provide 45 adventure areas.
Each area has a digimon as the area boss. When 'DIGITALMONSTERX Ver.2 RED' is connected with 'DIGITALMONSTERX Ver.2 PURPLE', the hidden area becomes accessible. By clearing the hidden area, some digimons can evolve into more different forms.

Battle System is similar to the previous one. When the digimon plays its best move during a battle, the appearance of digimon will rise up on the screen. It creates an impressive battle scene. In addition, the dice rolling function 'XAI(サイ)' system enables the speed of attack gauge to change depending on the number of dice when rolling it before the battle.

Also, up to two digimons can be saved along with their growth status. The current digimon can also be swapped with the saved one in the back up system.