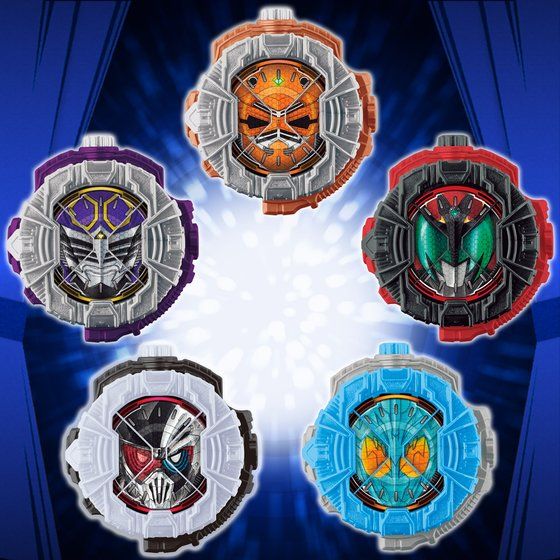 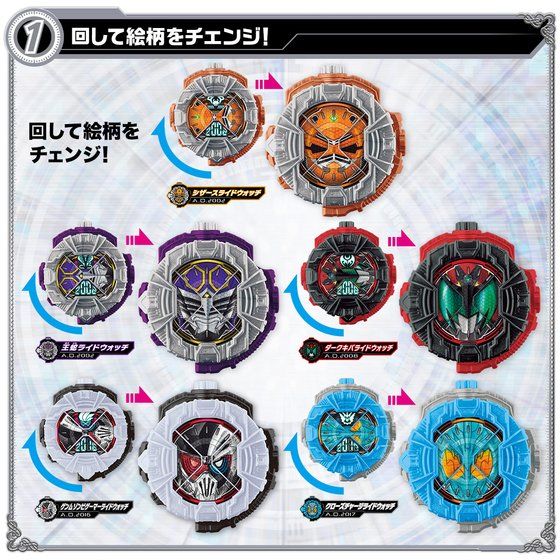 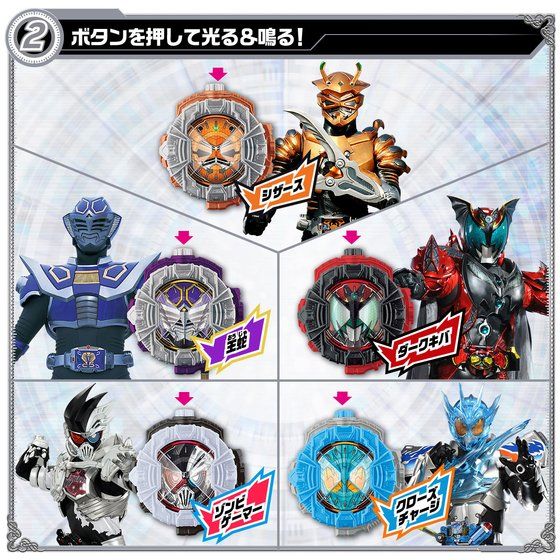 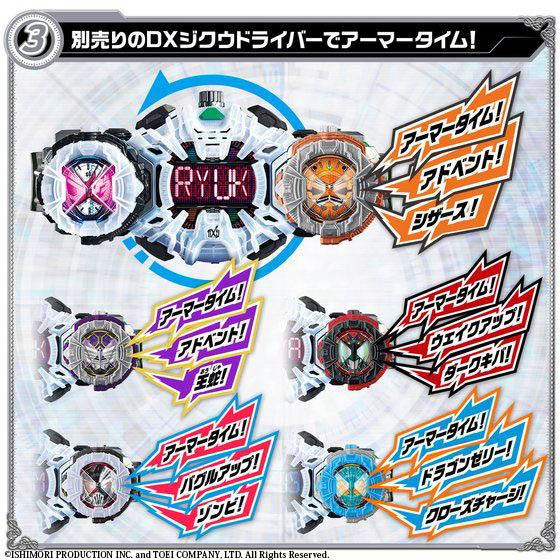 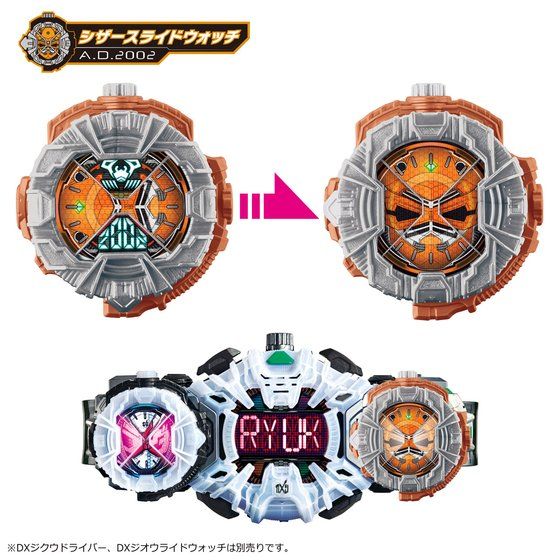 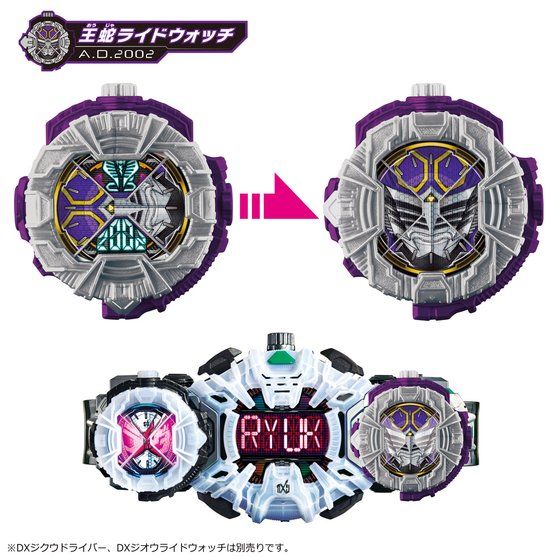 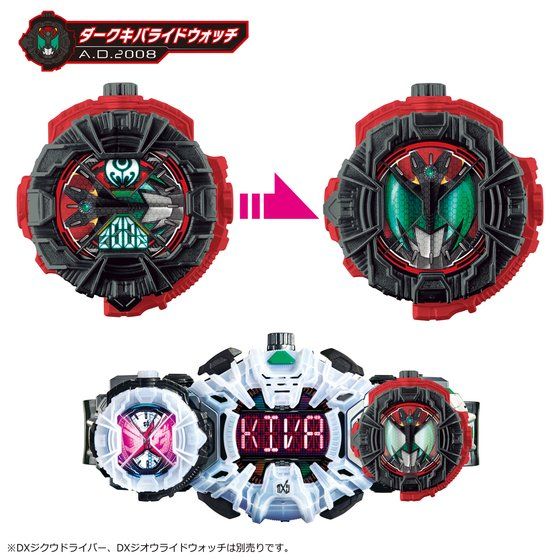 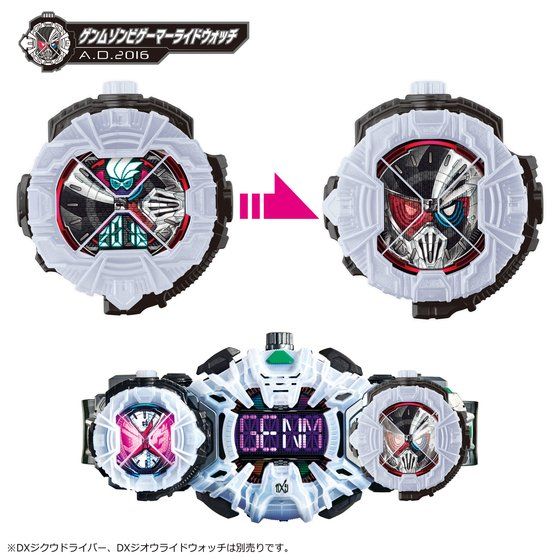 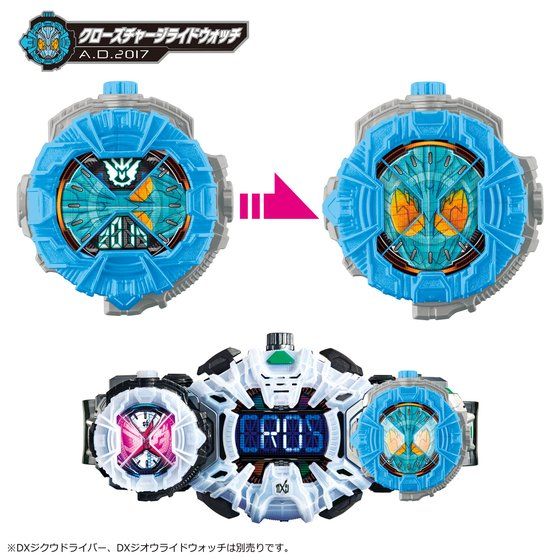 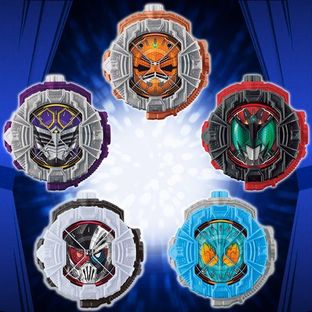 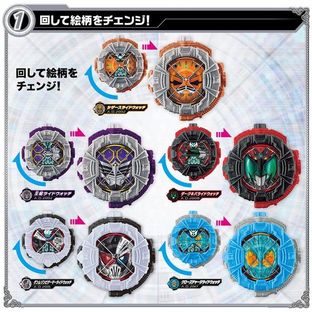 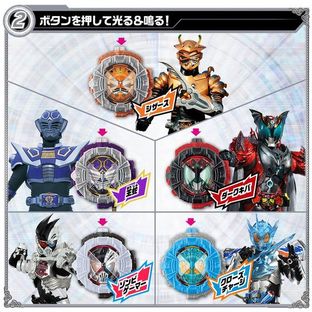 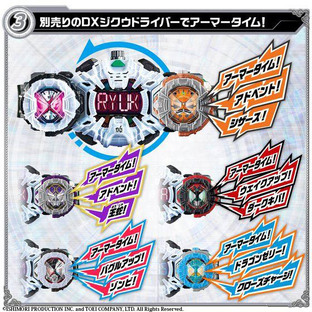 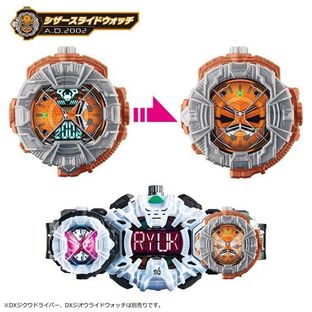 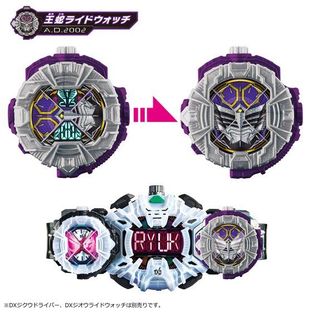 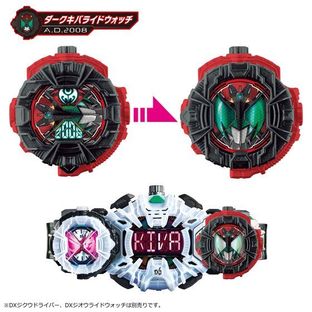 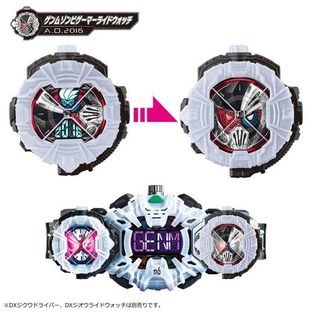 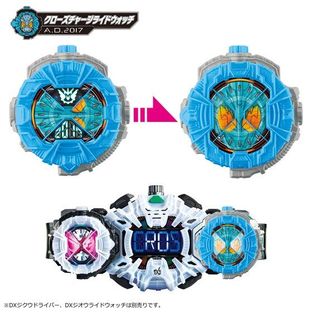 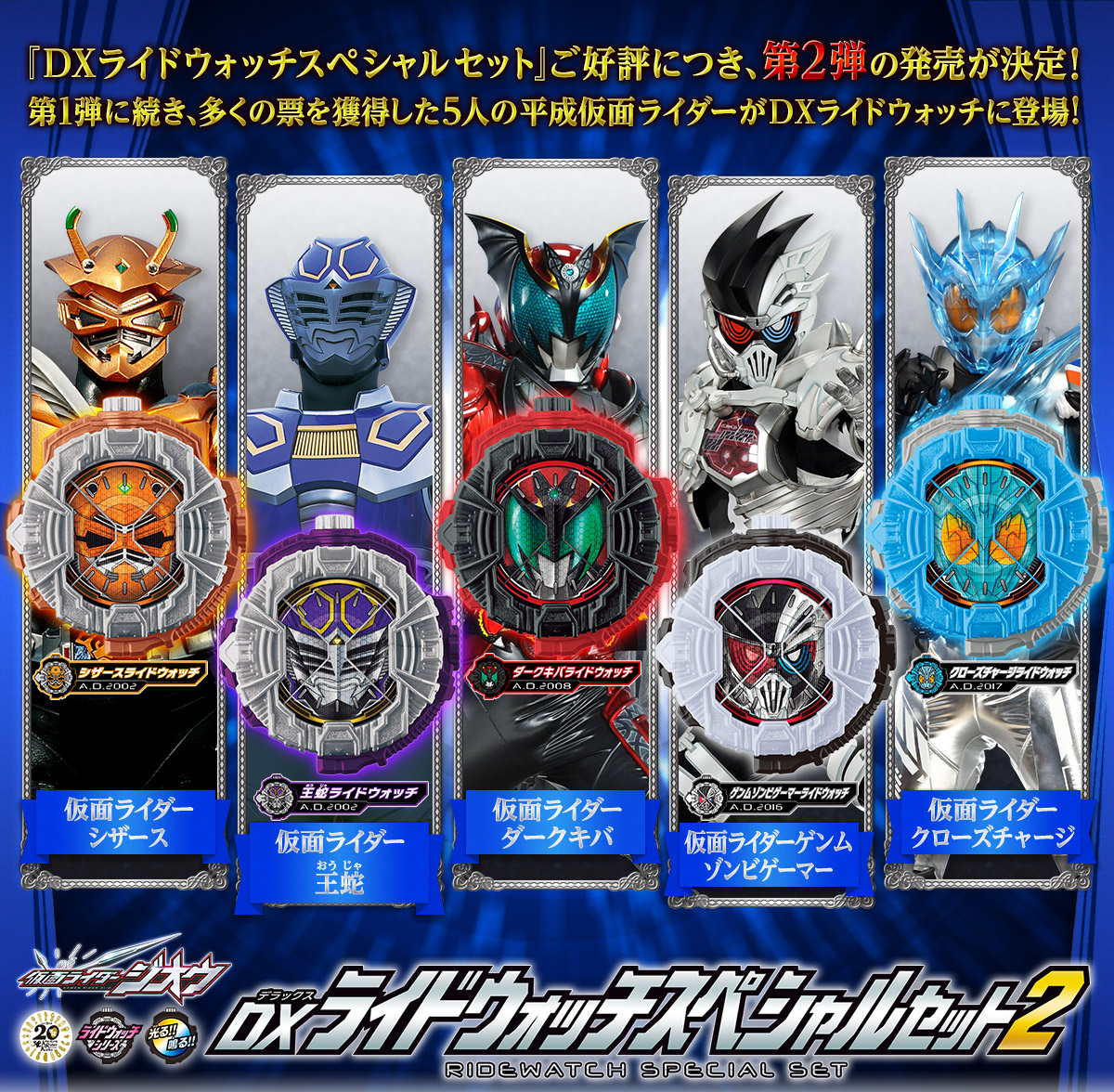 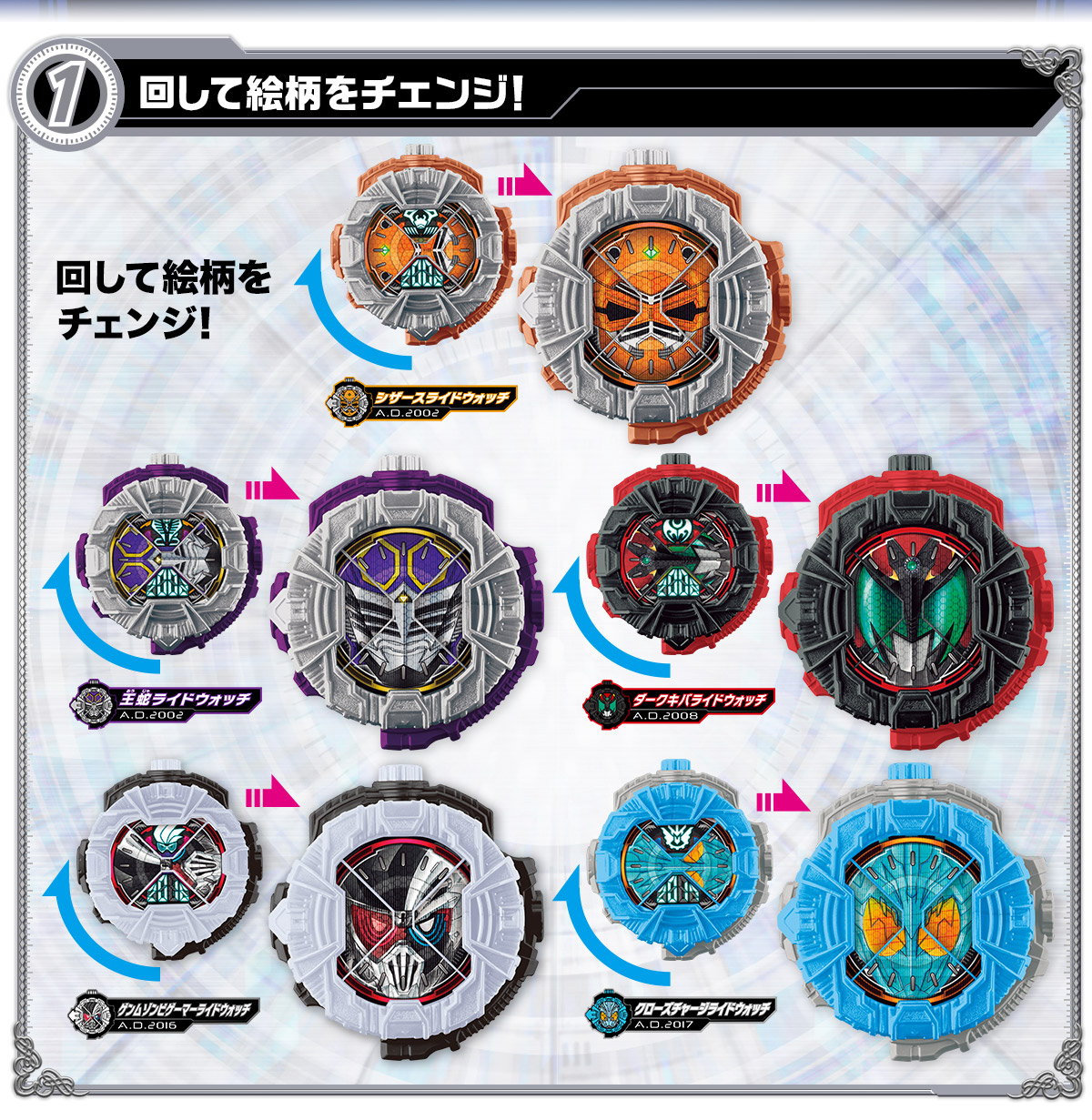 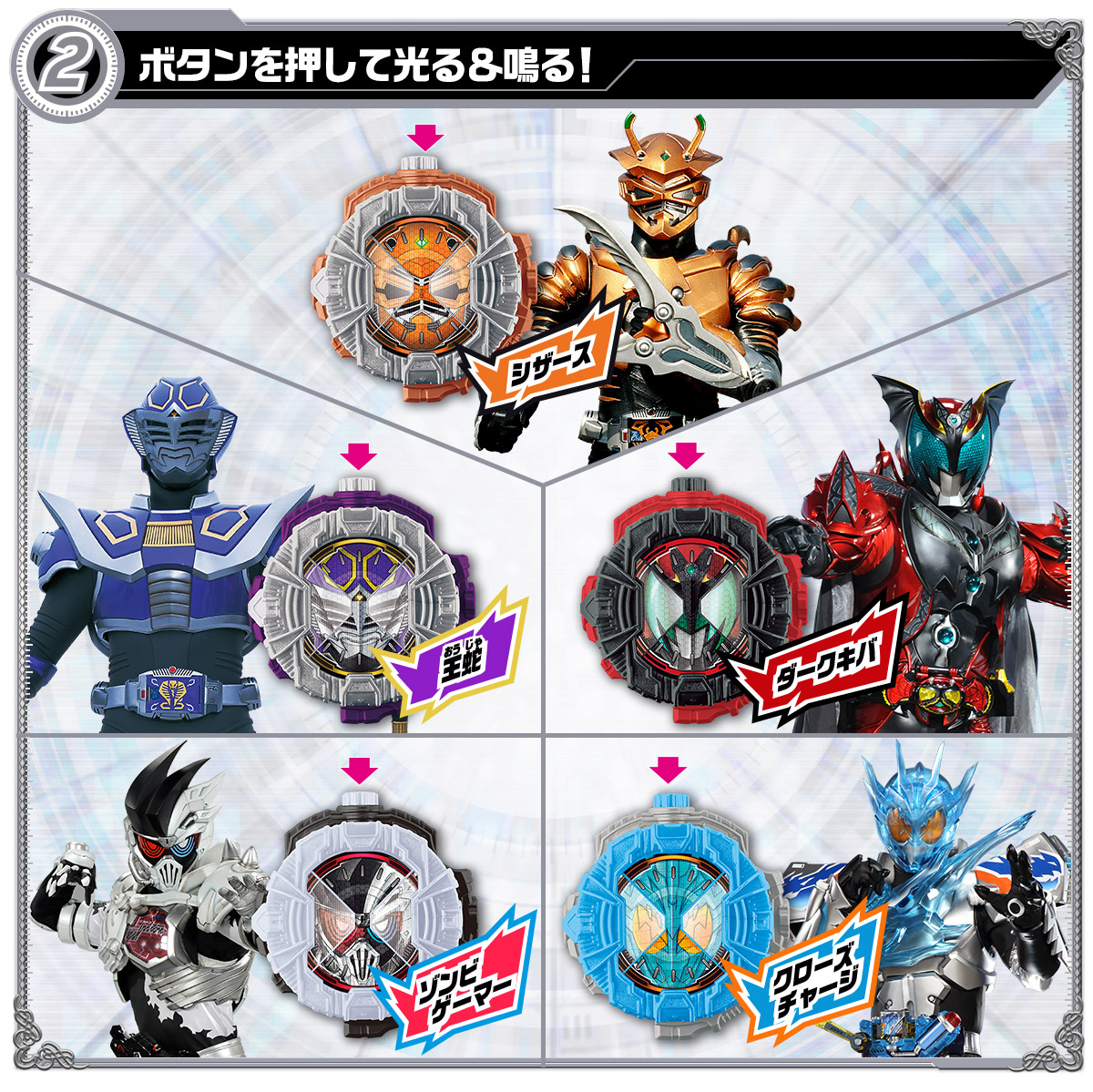 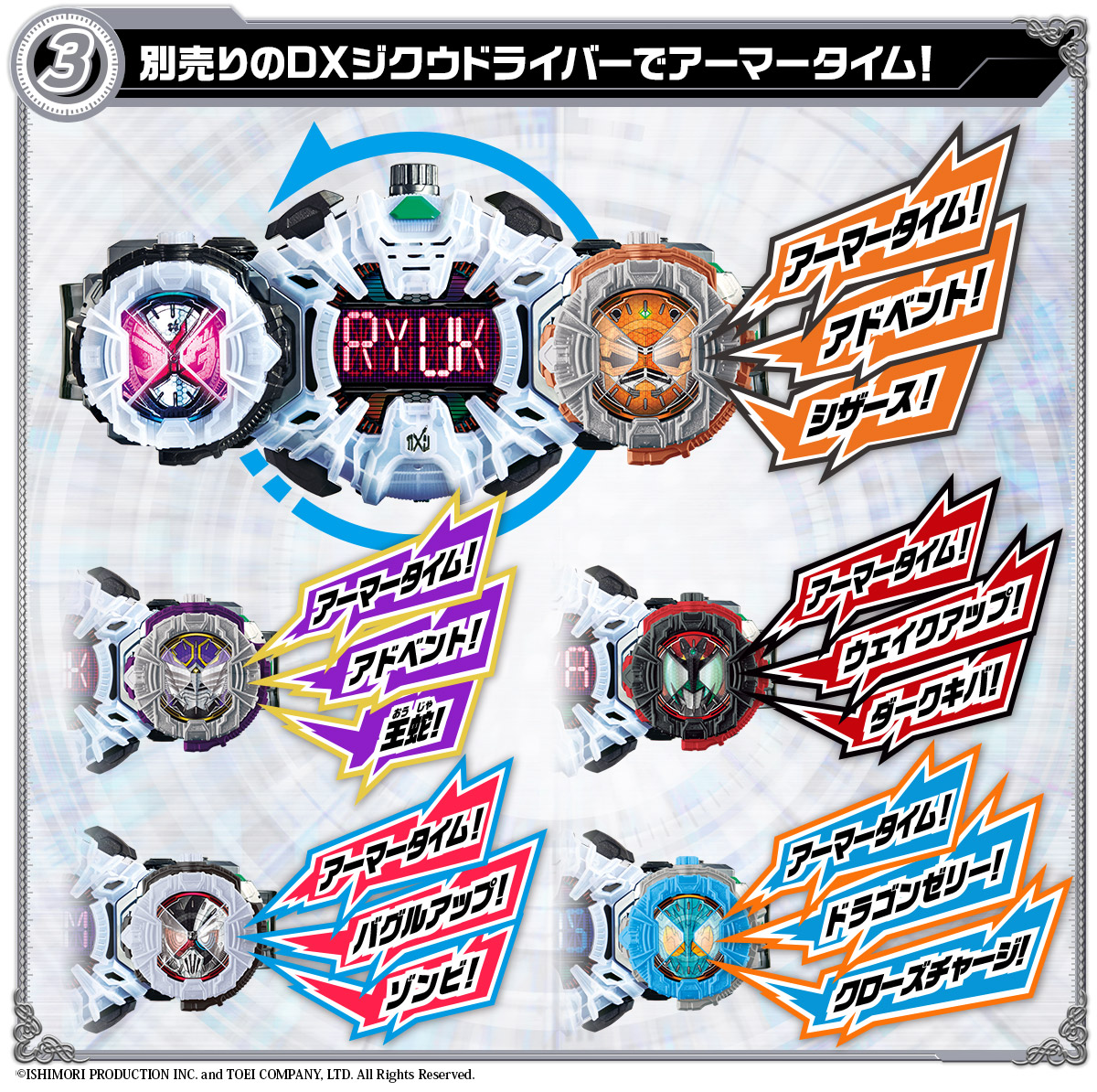 The cover design of RIDEWATCH can be changed by turning the cover. Press the button at the top to activate the LED light and sound effects such as "シザース！" and "王蛇！".

Moreover, insert the RIDEWATCH into "DX ZIKU DRIVER" (sold separately) and turn the driver 360° around to activate ARMOR TIME.

The LED will light up, and the transformation sound effects corresponding to the RIDEWATCH will be activated.