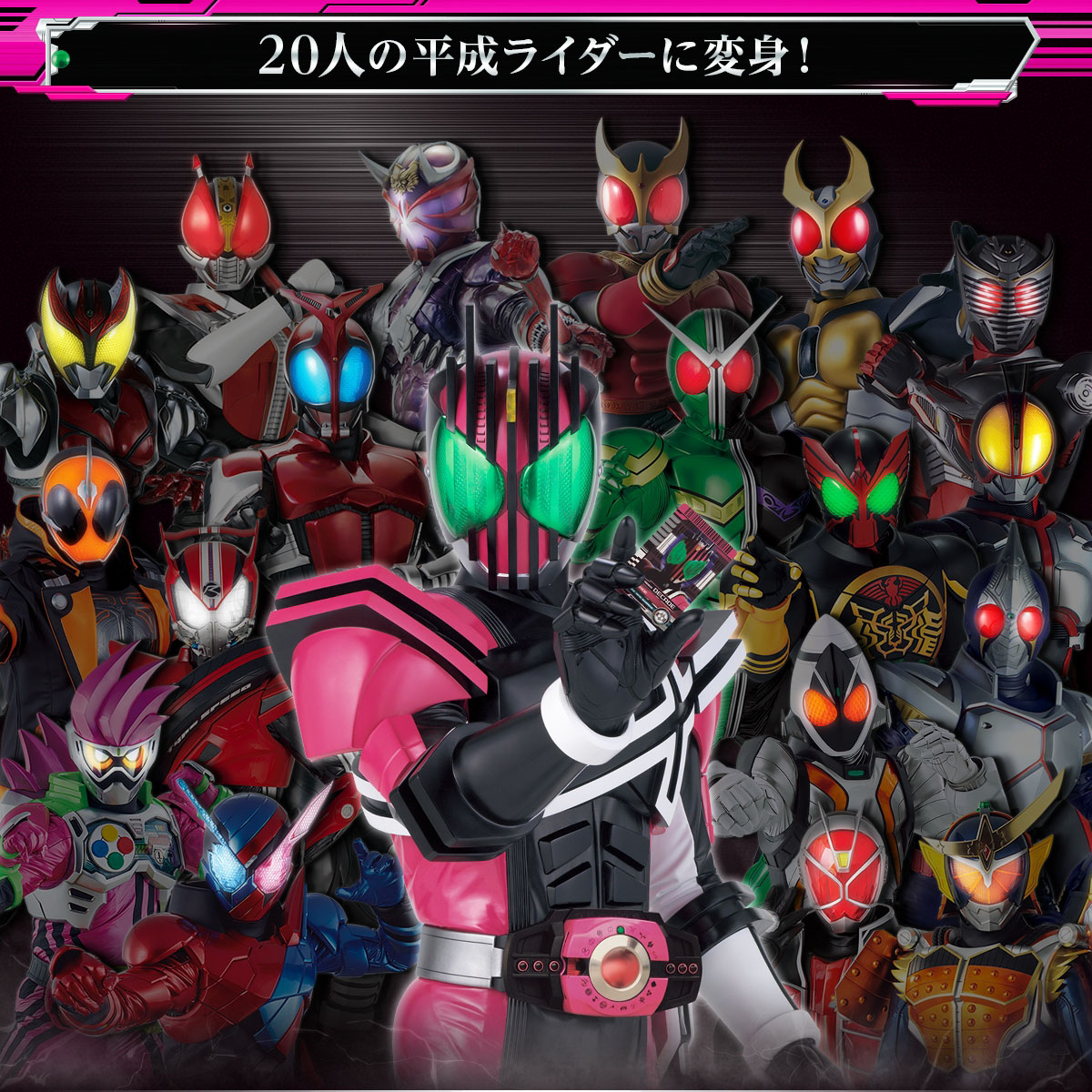 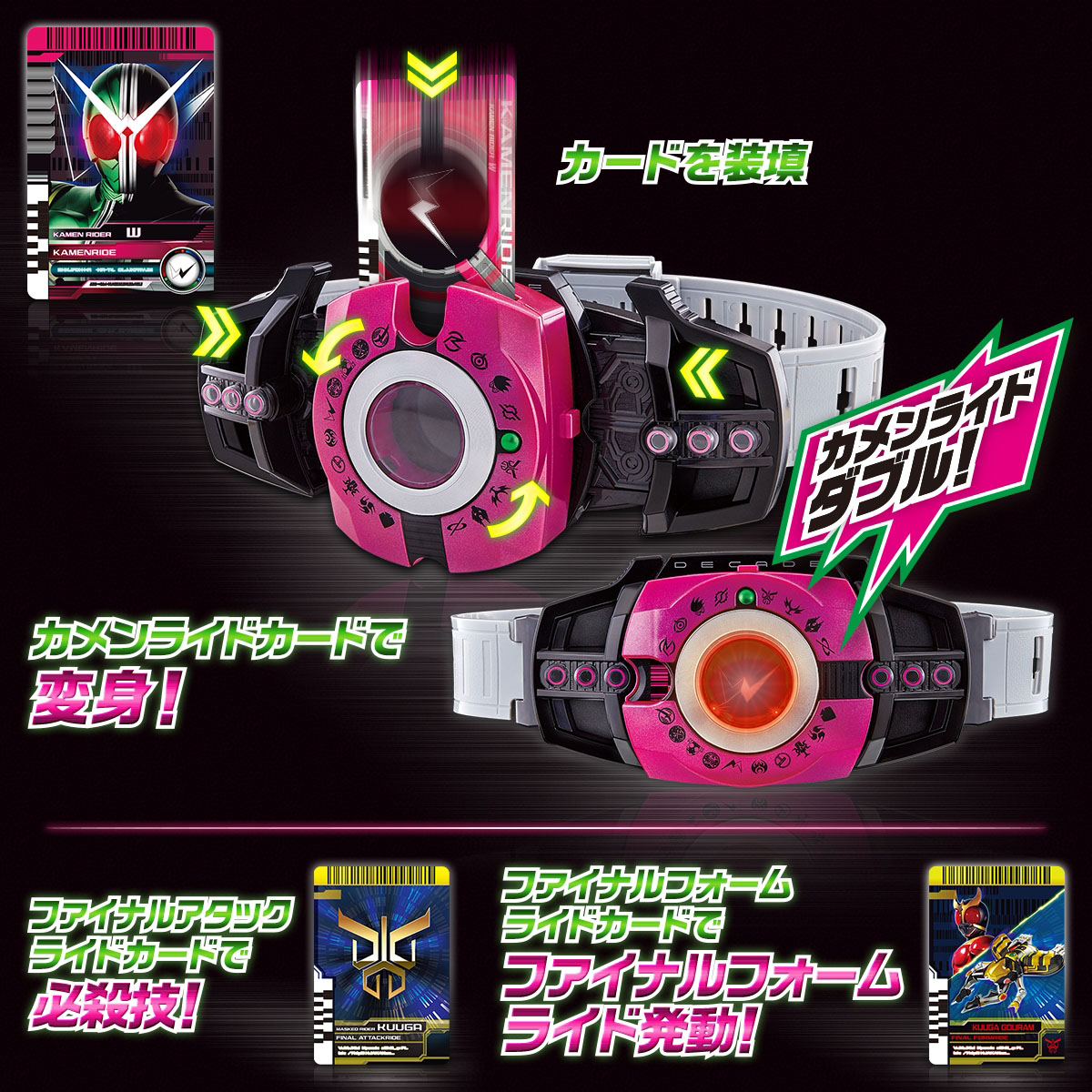 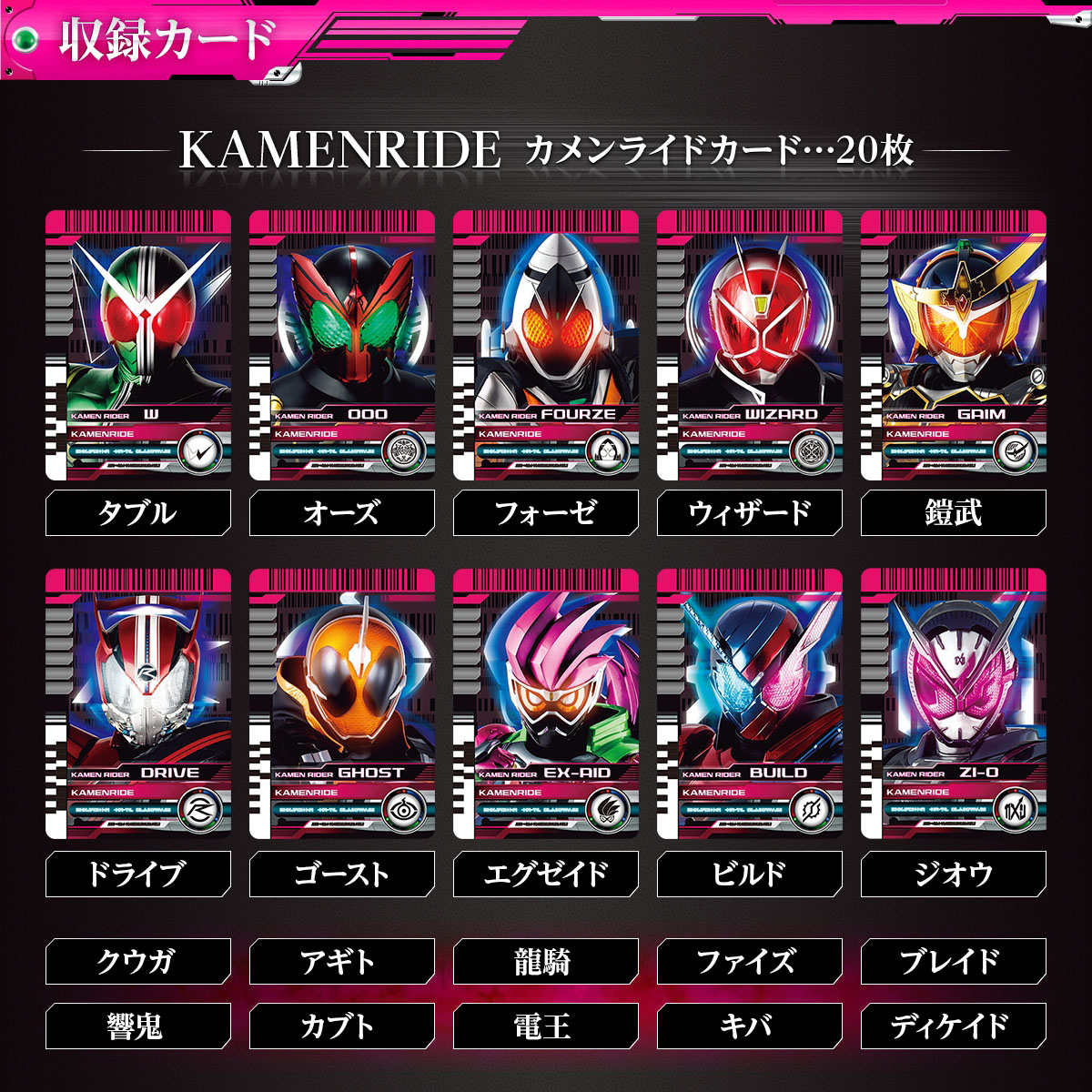 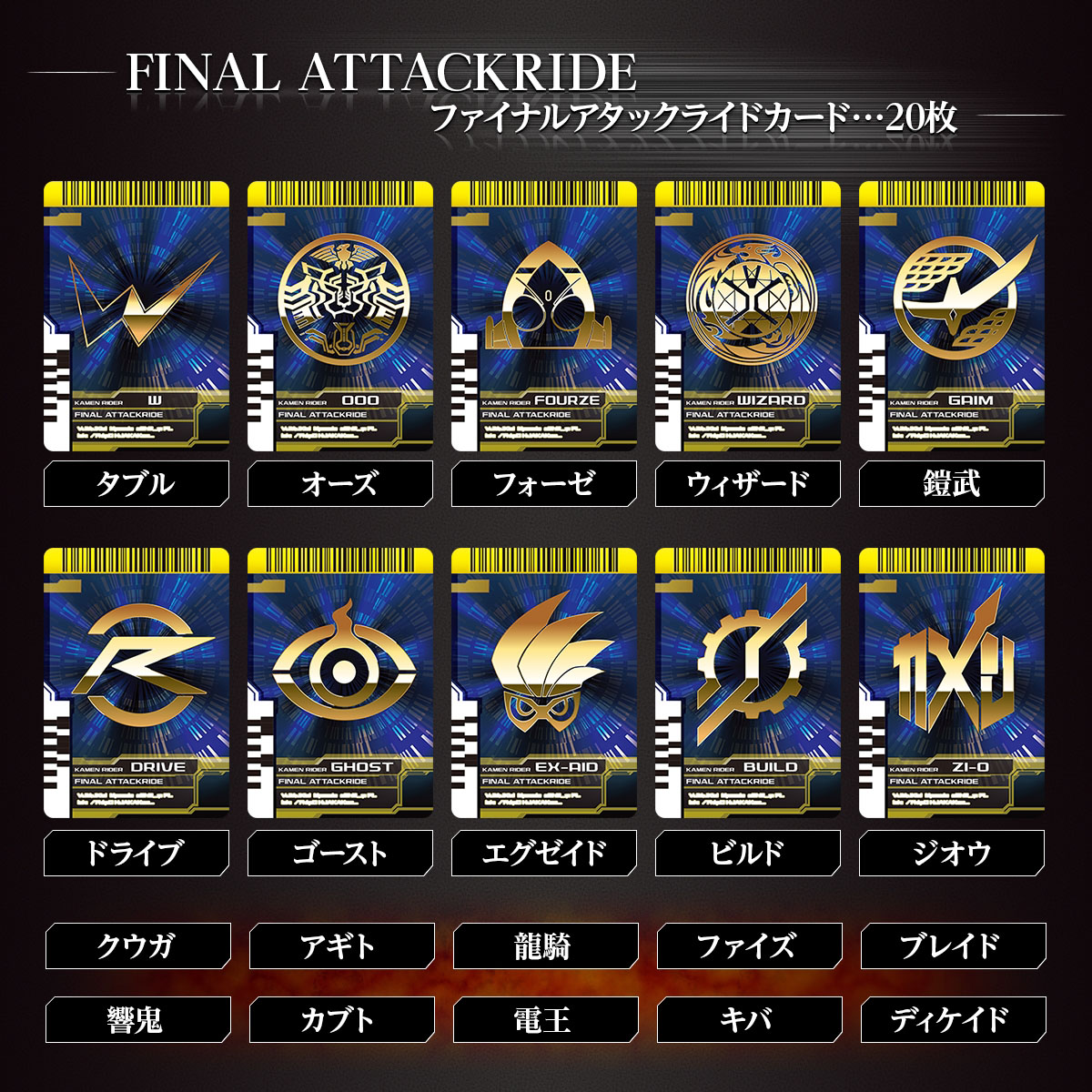 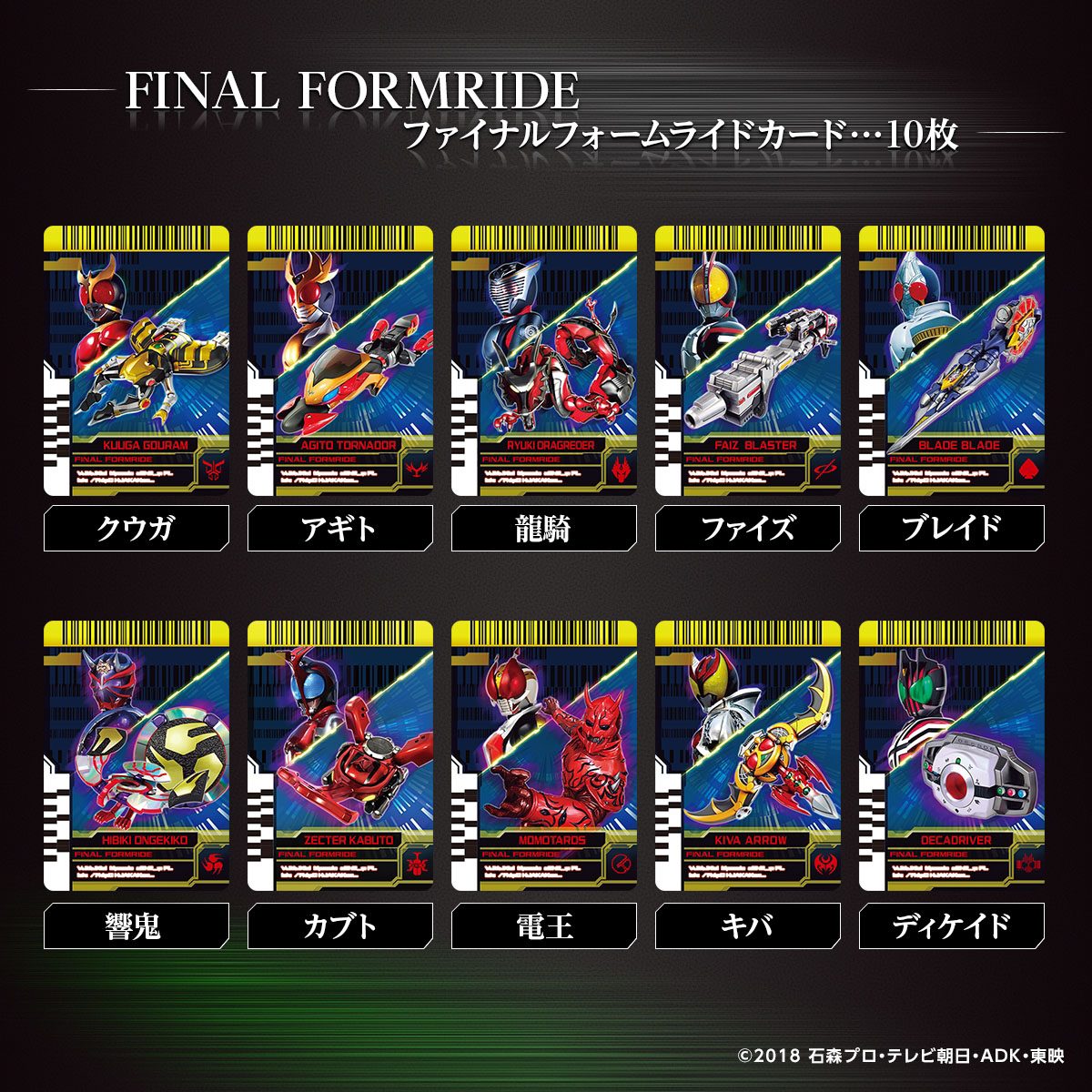 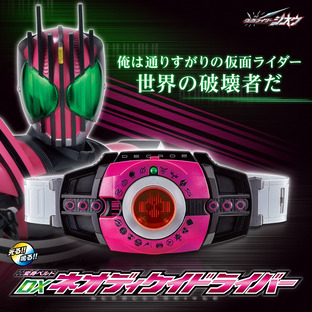 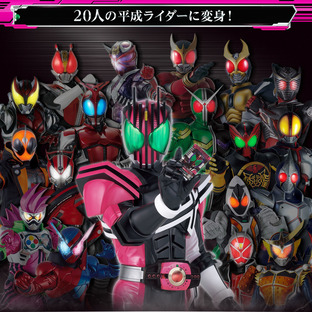 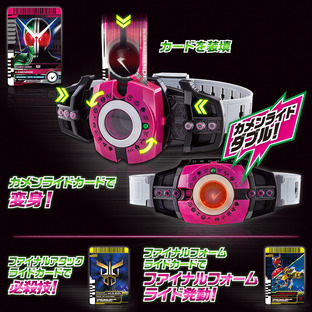 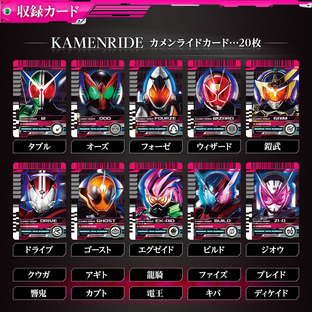 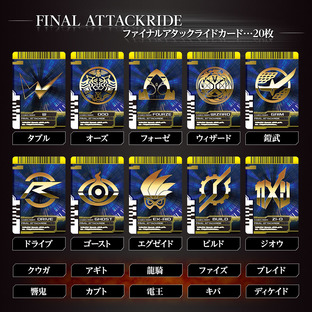 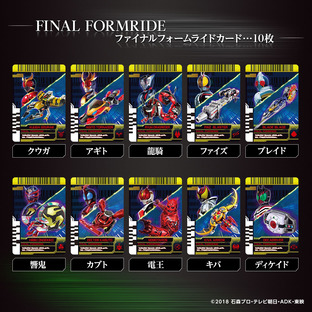 In episode 13 (aired on 2nd Dec) of "Kamen Rider ZI-O" which is now airing in Japan, the Rider from the 10th title of the Heisei Kamen Rider series (aired in 2009), "Kamen Rider DECADE", makes his appearance! His transformation item "DX NEODECADRIVER" is already available for pre-order!

Across the years, the transformation belt of "Kamen Rider DECADE" has been renewed. Apart from the colour of the main device that changed from white to pink, new contents that were not available in the "DX DECADRIVER", sold during the first run of the show, are also included in this product, namely the "Kamen Ride Card" that can be used to transform into Kamen Riders of the later Heisei era starting from "Kamen Rider W", and the "Final Attack Card" that can be used to activate final attacks.

By using the "Kamen Ride Card" included in this product, you can transform into the 20 Heisei Riders, which include the 10 Riders from the later Heisei era. Sound effects such as "カメンライド ダブル！！" can be activated.

Moreover, by using the "Final Attack Card", final attacks of the 20 Heisei Riders, which include the 10 Riders from the later Heisei era, can be activated. The final attack sound effects include "ファイナルアタックライド！", "ビビビビルド！" and more.

Furthermore, "Final Form Ride Cards" of the 10 Heisei Riders starting from "Kamen Rider KUUGA" to "Kamen Rider DECADE" are also included. By using these cards, sound effects such as the Form Change sound can be activated.