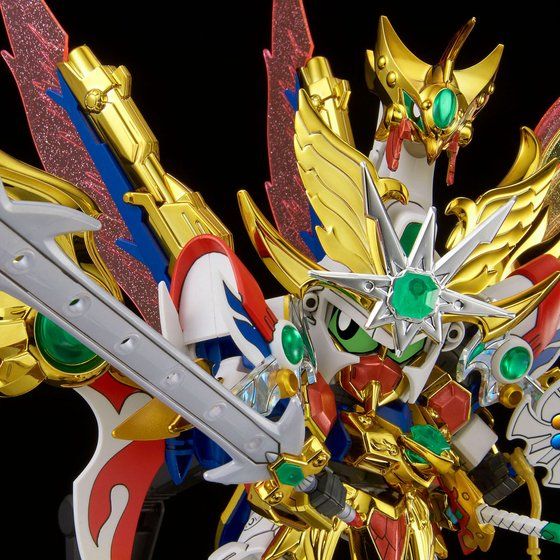 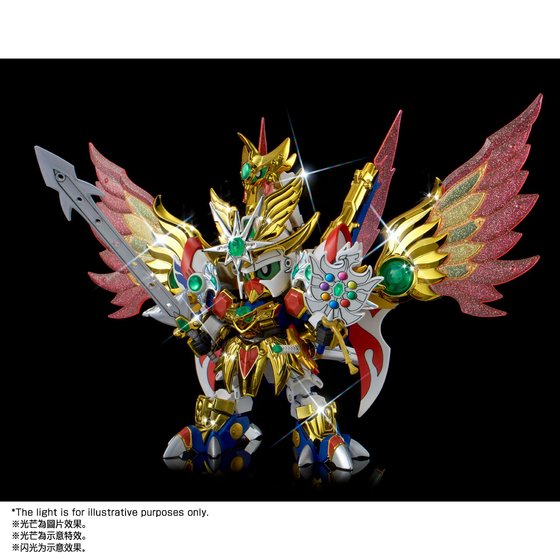 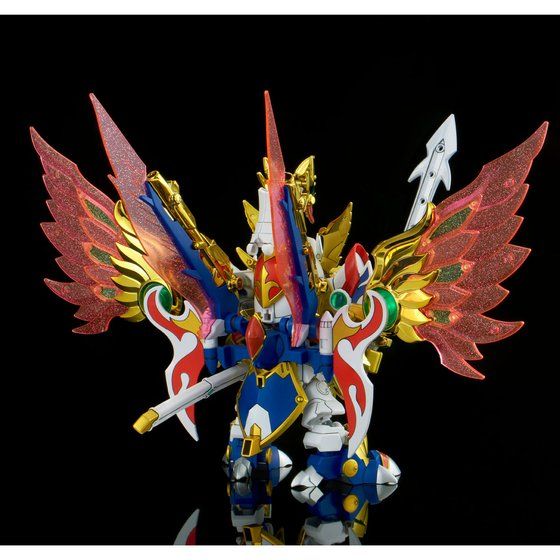 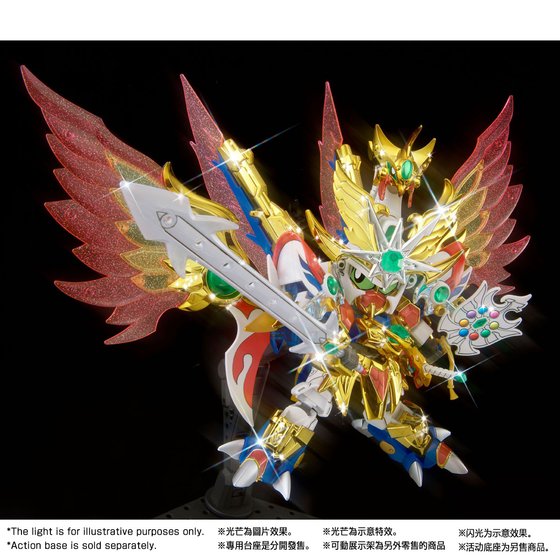 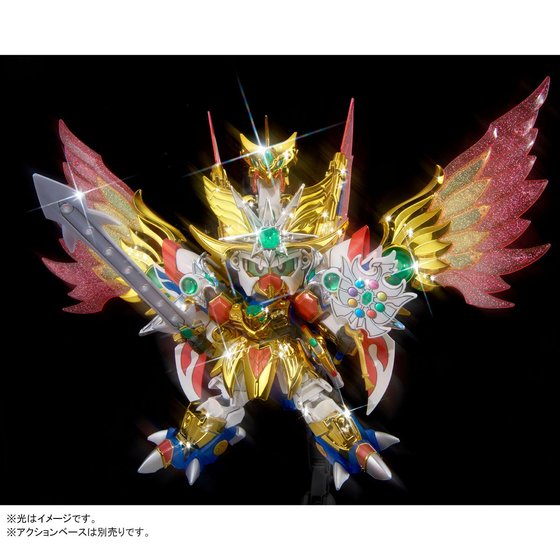 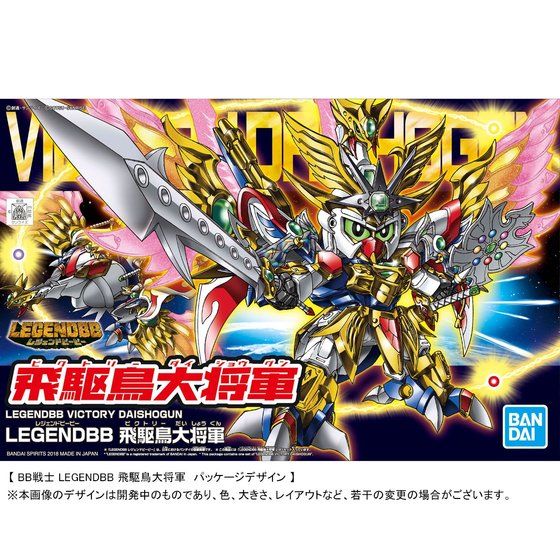 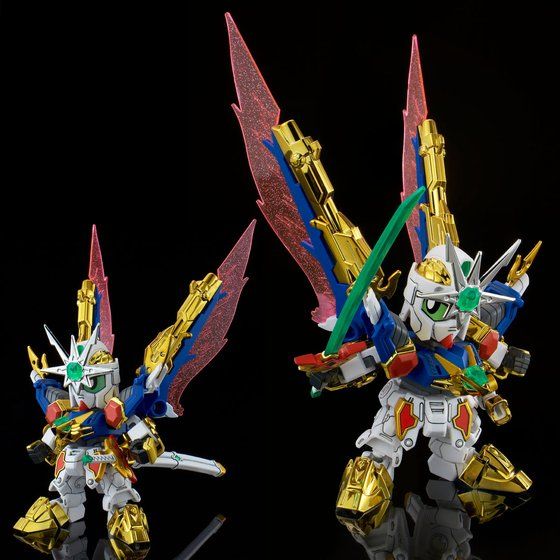 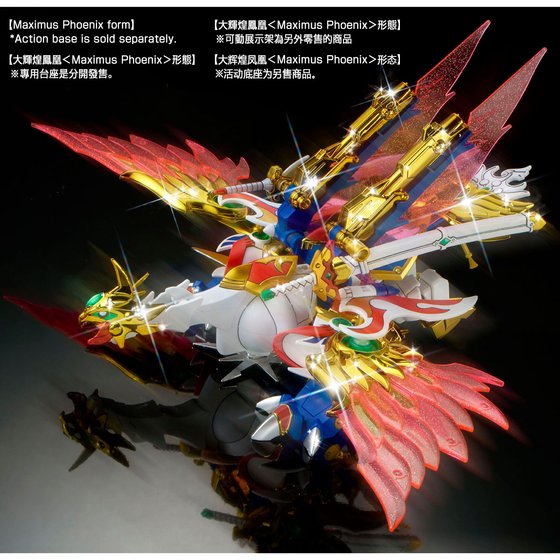 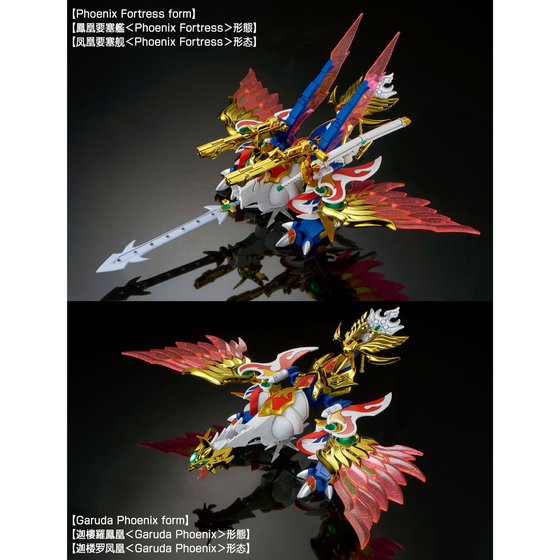 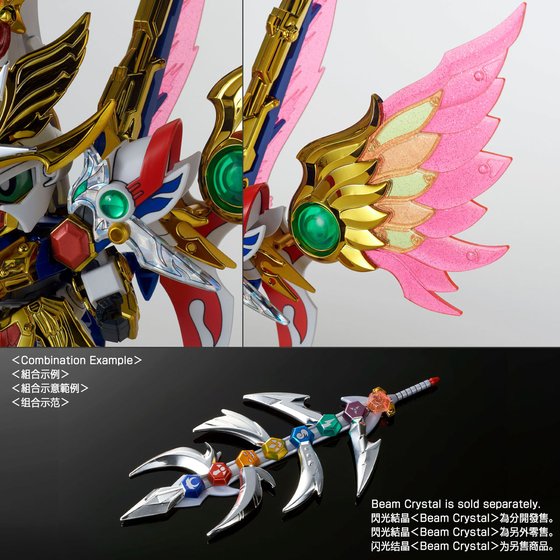 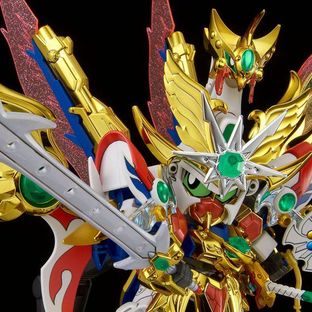 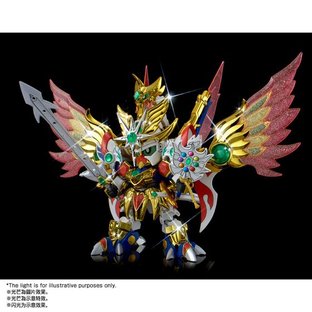 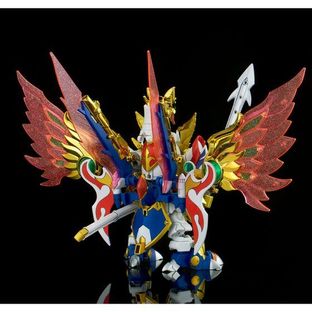 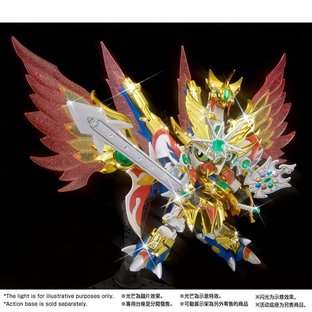 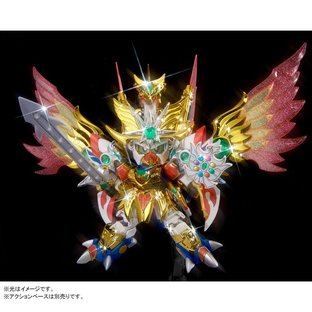 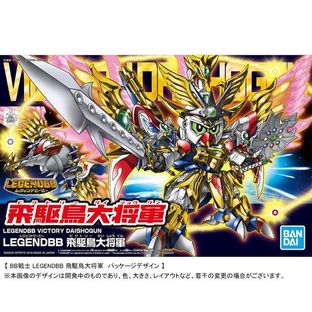 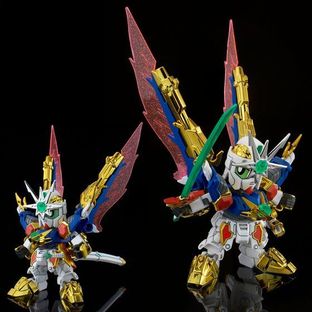 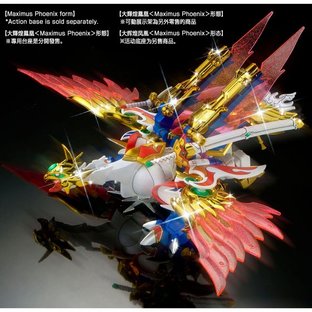 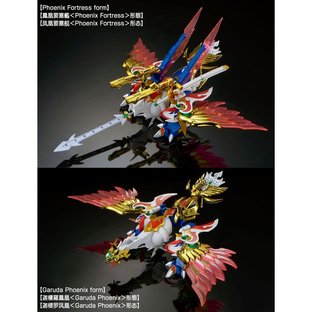 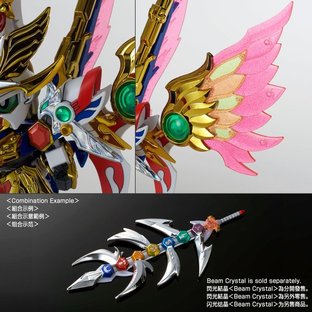 PRODUCT OVERVIEW The young DAISHOGUN with the greatest power has arrived !!   Victory Daishogun from [Seven Choshoguns] has arrived in Legend BB with gorgeous exteriors using plenty of platings, clear lame, and more !   ● Armor of light is thoroughly reproduced by fully new molding !   The shape of his full armor and weapons are thoroughly reproduced by new molding ! His Choshogun form with his   armors off also use newly molded parts, bringing him to the Legend BB standard quality suitable for the strongest Daishogun !   ● A gorgeous coloring using multitude of materials !   Gold plating is used on his kabuto, crest, armor, wings, ankle, cannon, and all over its body !   His Mach Beam Wings burning behind him are colored with two clear parts.   The glitter on his wings are expressed with lames for an added glamor !   ● Gorgeous appearance with jewel stickers and prism stickers !   Jewel stickers are used on the Touma Gem on the phoenix on his kabuto and the Daitengen Stones on his shoulders.   Prism stickers are used on the Phoenix-Wing Mirrors on his shoulders, reproducing his absolutely gorgeous armor !   ● Transforms into two different forms !   He can transform into two forms of Maximus Phoenix and Phoenix Fortress.   ● A folding gimmick on his kabuto !   The characteristic phoenix on his kabuto has a folding gimmick on its neck.   Recreate his silhouette with this gimmick and replacing the head according to its transformation form !   ● His Tomahakkoken can be attached with Beam Crystals of the Seven Choshogun series (sold separately) !   ● Super Shogun and Garuda Phoenix also reproduced as depicted in the lore !     Choshogun form   The Choshogun form with his armor removed can be reproduced.   The Sun Beam Crystal on his forehead is made with silver plating..   Beam wings and Ressen Hououmaru are reproduced with clear lame.     Garuda Phoenix   Garuda Phoenix, which transforms and becomes Victory's armor, is also reproduced.   It is the form Crystal Phoenix has transformed to in order to give Victory a tremendous power.   ● A deluxe full-color package with lots of new illustrations by Mr. Susumu Imaishi !   The instruction manual includes a new comic world !