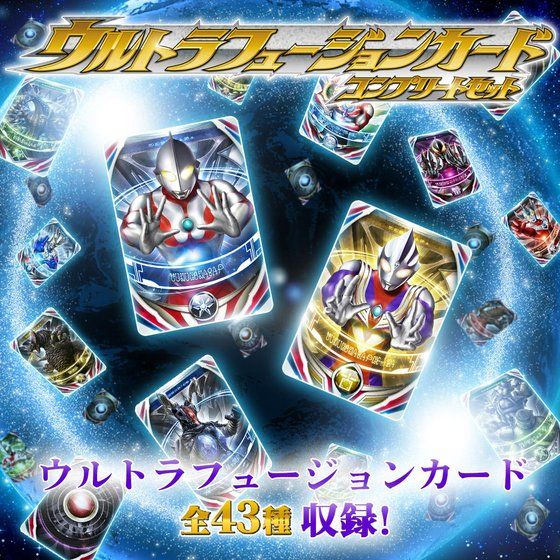 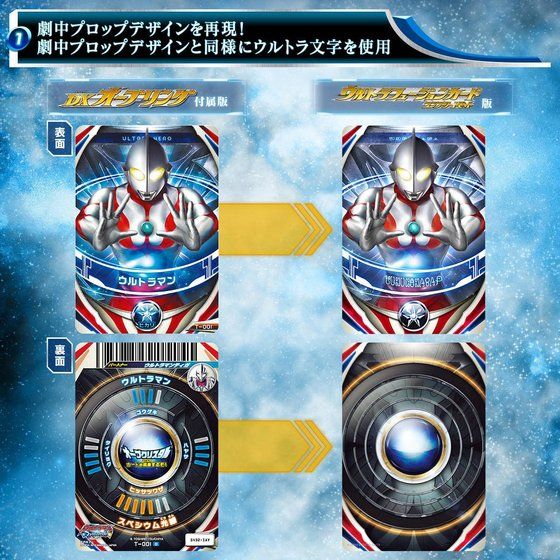 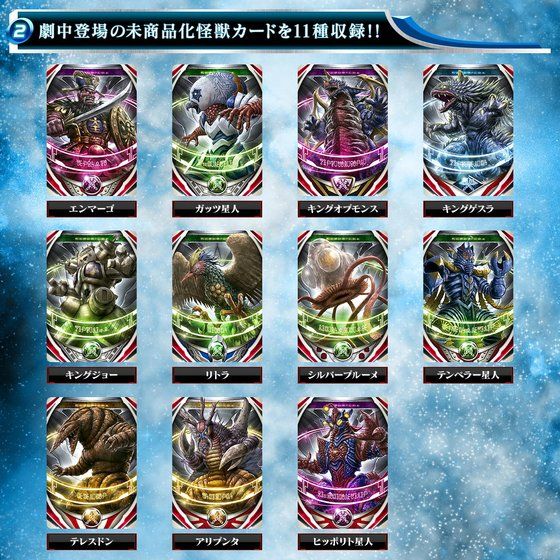 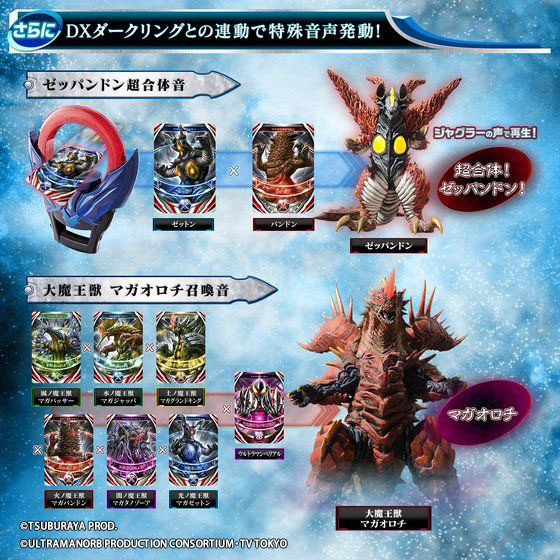 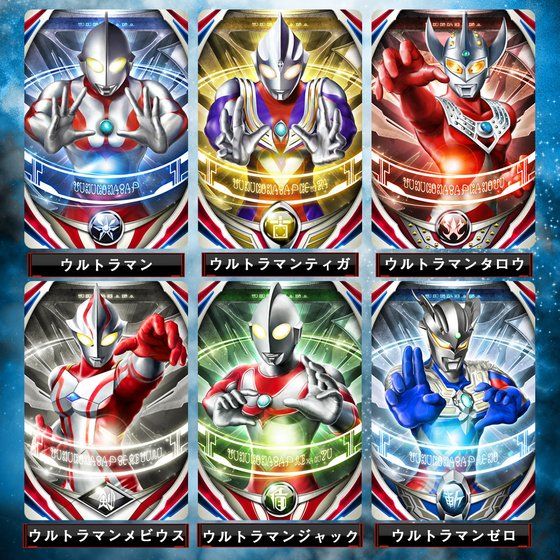 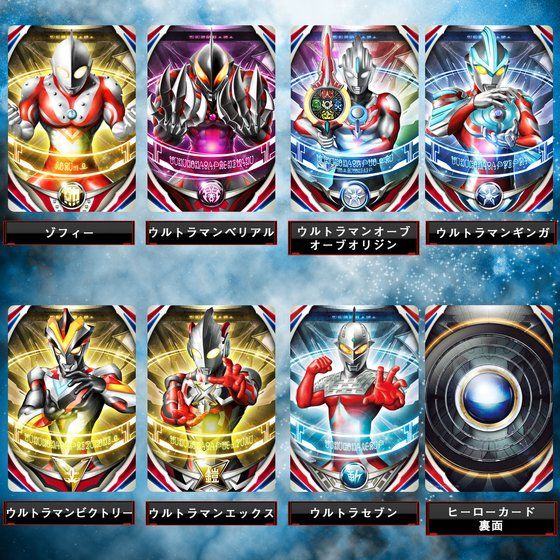 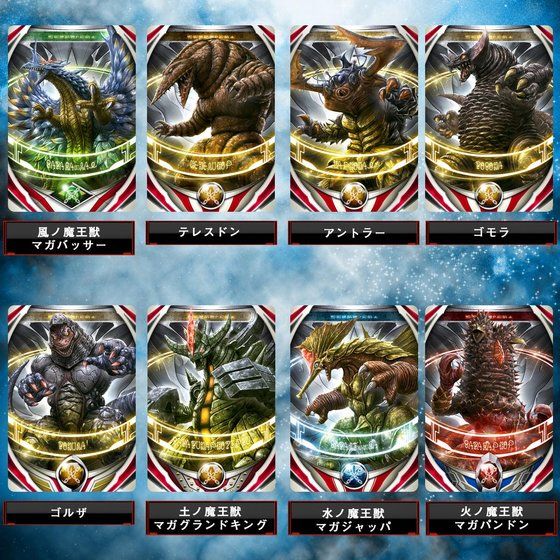 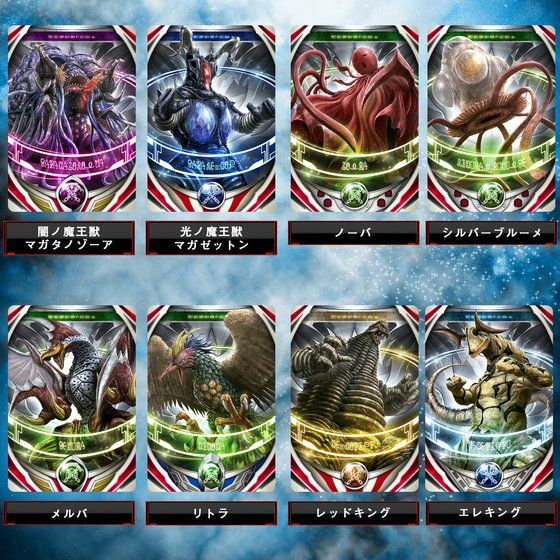 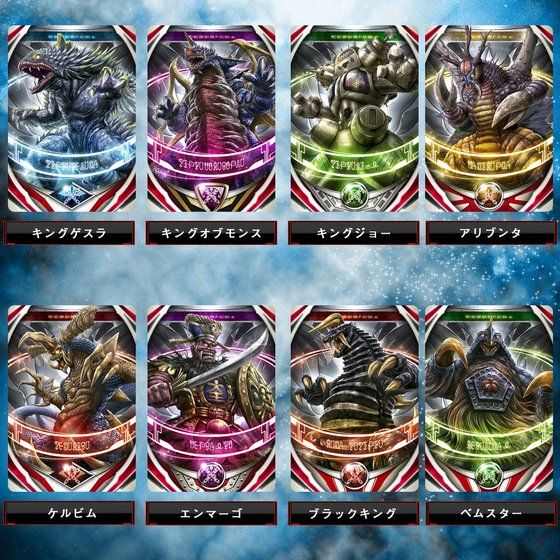 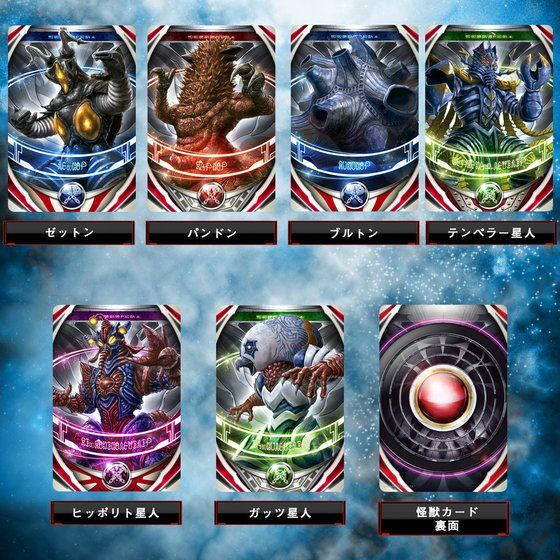 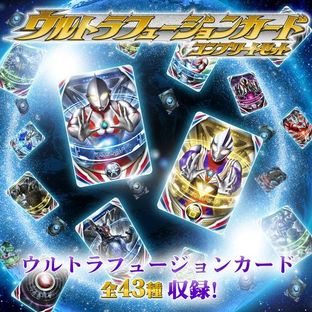 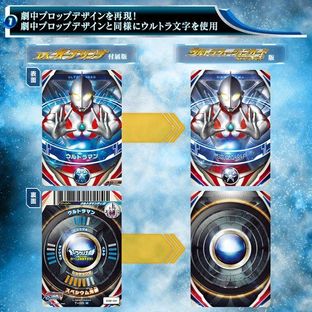 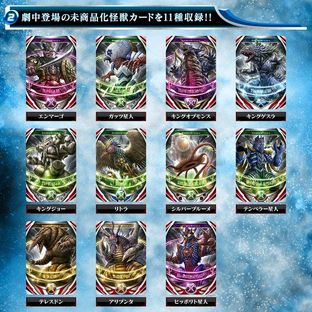 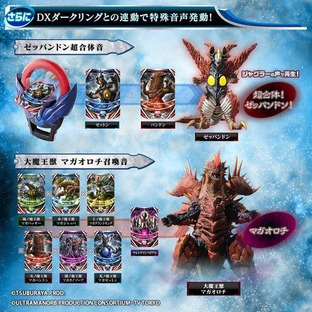 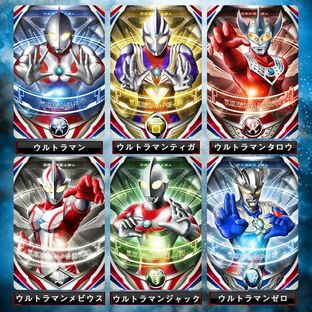 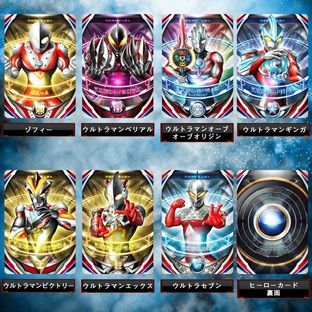 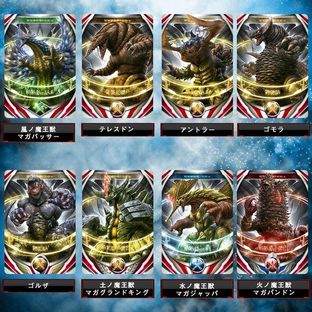 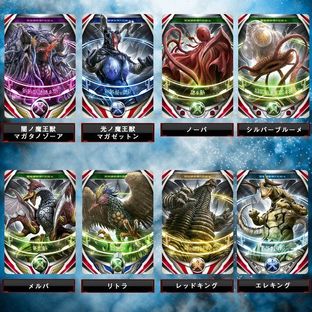 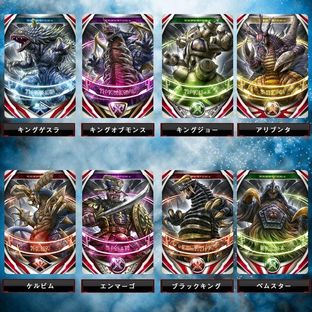 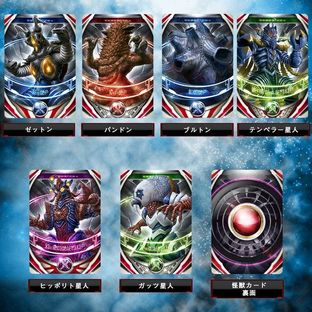 Appearing in the show 'Ultraman Orb',
all 43 types of the 'ULTRA FUSION CARDS' are now launched as products loyal to the design in the show!


[Product Introduction]
Appearing in the show 'Ultraman Orb', all 43 types of the 'ULTRA FUSION CARDS' are now launched as products loyal to the design in the show!
From 'Ultraman Orb' (broadcasted in Japan during 2016), the 'ULTRA FUSION CARD' used by the protagonist 'Gai Kurenai (Actor: Hideo Ishiguro)' to transform into 'Ultraman Orb', and at the same time used by his greatest enemy Jugglus-Juggler (Actor: Takaya Aoyagi) to summon monsters, which includes the hero cards such as 'Ultraman' and 'Ultraman Tiga', and the monster cards such as 'Maga-Basser' and 'Maga-Jappa' - all 43 types of cards are now launched as a product set.
Different from the ULTRA FUSION CARDS (Normal Ver.), the product this time recreates the design in the show by using the Ultra Signs. In addition, the set newly includes 11 type of cards that had not been launched as products before despite their appearance in the show, such as 'King Joe' and 'Alien Temperor'.
Meanwhile, similar to the ULTRA FUSION CARDS (Normal Ver.), all the cards in the set this time can be read by the transformation item, 'DX ORB RING(sold separately)', belonging to Kurenai Gai. Further, 'DX DARK RING(sold separately)', which is currently accepting preorders, can also read all types of cards included in the set.

[Target Age Group]
3 or above

[Note]
Please read the following notes before any purchase:
※Order may close if upper limit is reached.
If a large amount of orders are received, the upper limit may be adjusted and the product may be available for orders again.
※Delivery date may vary according to order status.
※Product shots shown in this page are based on developing samples.
Product specification may change without prior notice.
※Actual product and colouring may vary from sample photos.
※Products other than stated in "Items included" are sold separately.
※Above product may be sold in areas outside Japan.