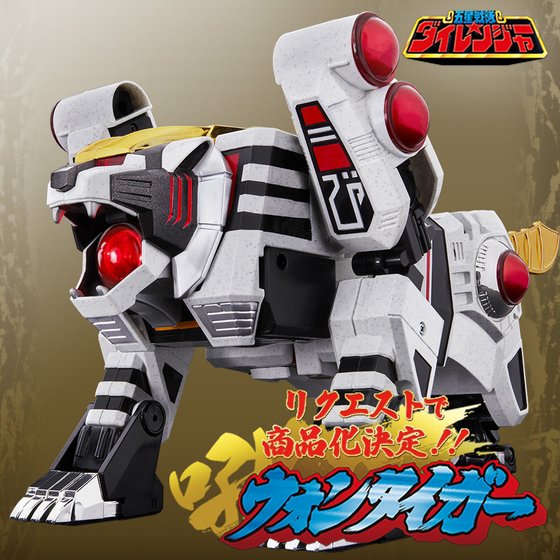 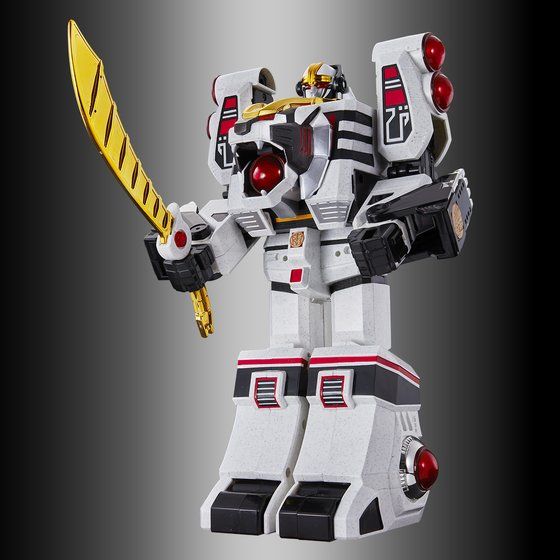 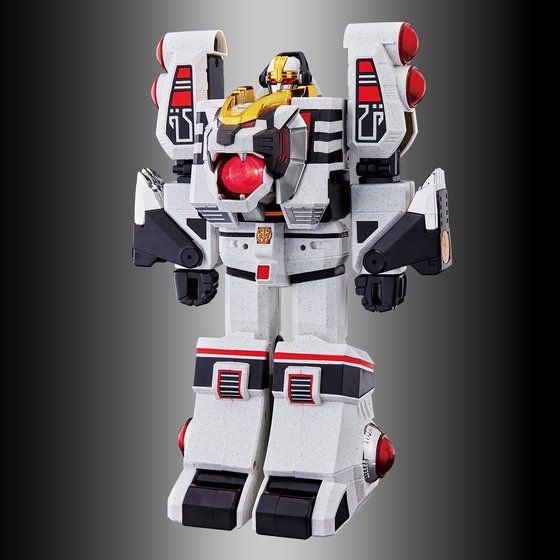 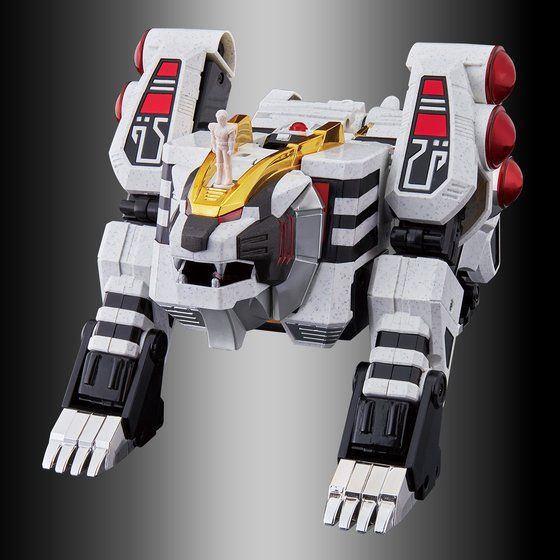 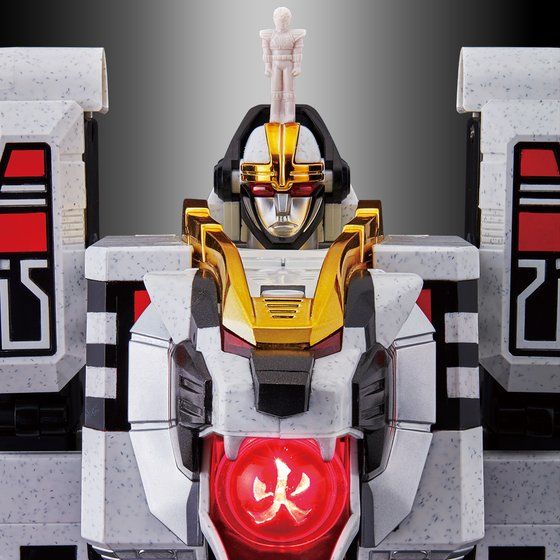 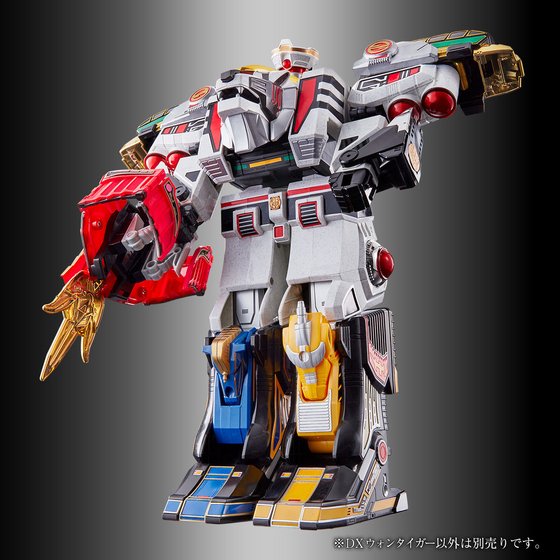 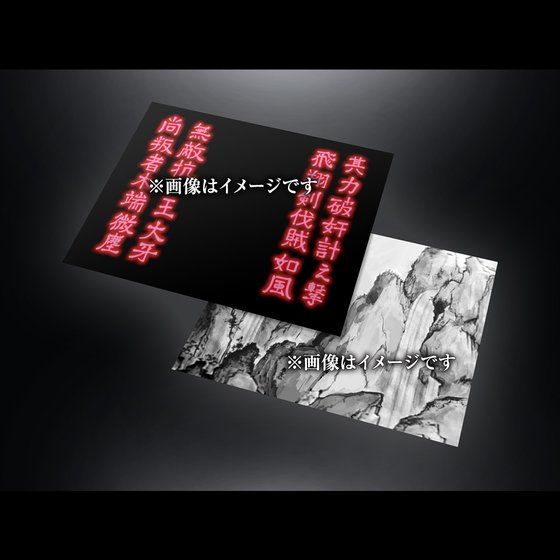 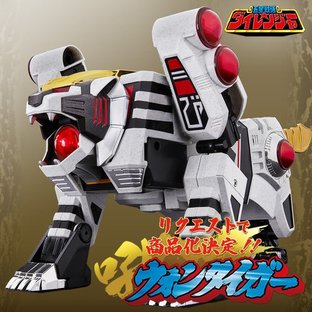 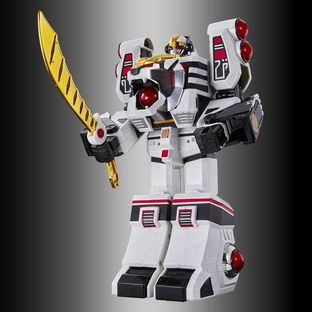 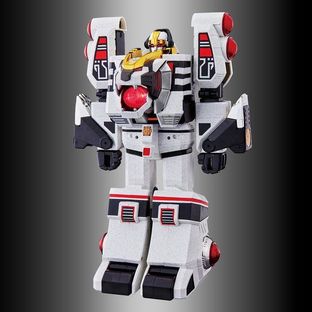 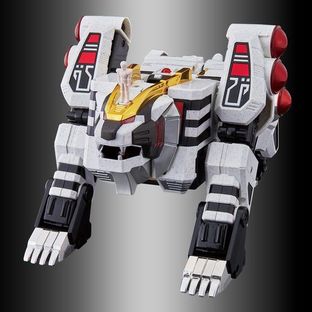 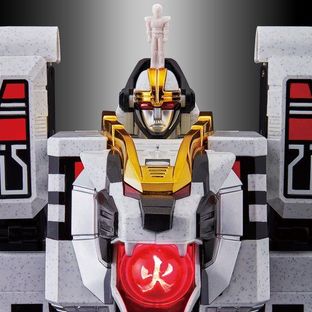 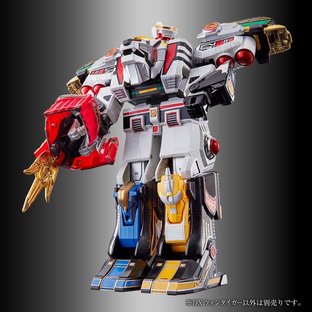 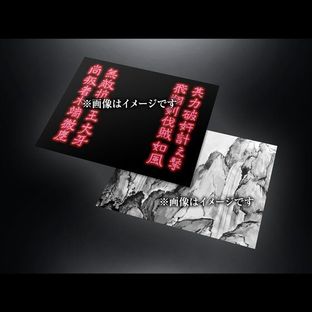 【Product Description】
The 2nd wave of the robots reproduction project presented by SUPER SENTAI ARTISAN - from the 17th production of the 'Super Sentai' series aired in Japan from 1993 to 1994, the 6th warrior among the Dairangers, Kiba Ranger's personal robot 'DX Won Tiger' is launched.

This time, the reproduced 'DX Won Tiger' has been improved from the version previously sold during the airing of the series, with the labelled parts redesigned into a 3D full-coloured version. Joints were added to recreate loyally the sprinting Mythical Chi Beast 'Won Tiger' in the drama.
Furthermore, sound effects were added. By pressing the button on the head, the finishing move Koushinsei Daihoukou (the Great Roar), motion and transformation sound effects from Chi Beast to Chi Warrior can be activated. In addition, Kiba Ranger's BGM 'ウォンタイガーの歌(Won Tiger no Uta)' is available for you to enjoy a captivating transformation scene.

As for finishing moves, while the previous version sold during the airing of the series was equipped with lighting only from the mouth, the eyes can also emit light now to recreate Mythical Chi Warrior Won Tiger's finishing move 'Tora no Ko Dai Hijutsu (The Great Secret Art of the Tiger Cub)'.
Also, the unengraved ordinary version of Legendary Chi Treasure Pearls are replaced with engraved Legendary Chi Treasure Pearls, which can be equipped to recreate 7 different attacking moves in the drama including the 'Kaendama (Fireball)'.
Moreover, the 'Won Tiger' this time can be combined with Star Tenma, Star Kirin, Star Shishi and Star Houou (included in 'DX DairenOh' set ※ respectively). With 'Won Tiger' at the center, the 5 Mythical Chi Beasts performs Shinsei Gattai to become 'Kiba DaiOh'.
The set even comes with a finishing move background image sheet, one side featuring Kiba DaiOh's 'Hisho Ken: Koppamijin (Flying Sword - Smash to Atoms)' and the other side featuring DairenOh's 'Daioken: Shippu Doto (Great King Sword - Sturm und Drang)' to enjoy recreating the scenes in the drama.