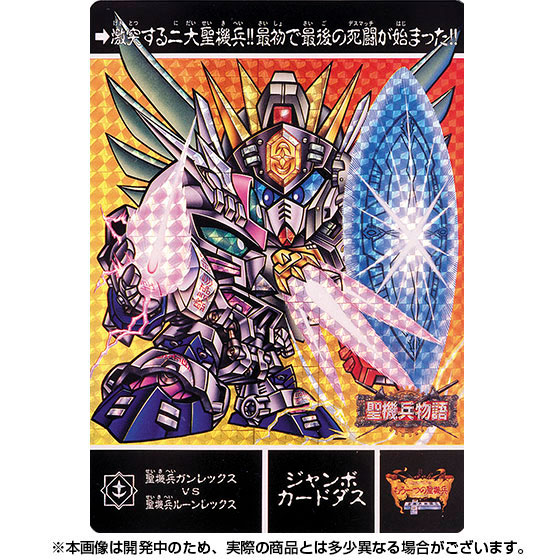 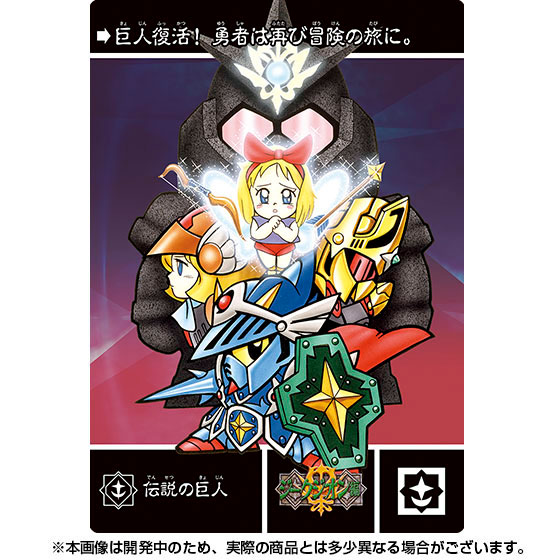 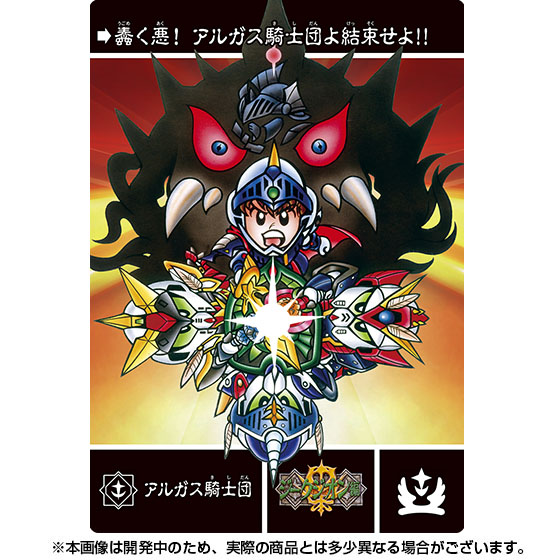 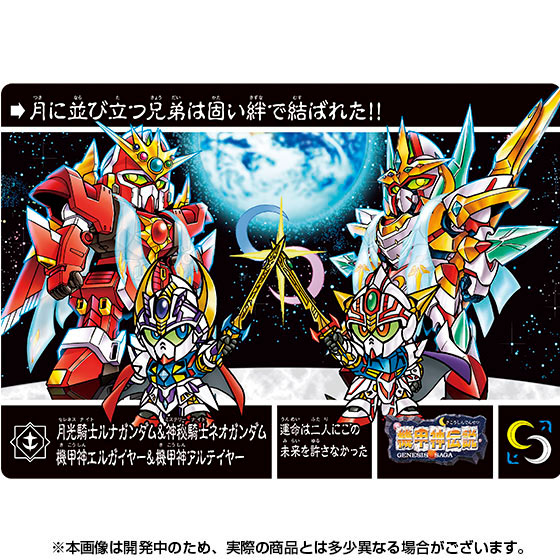 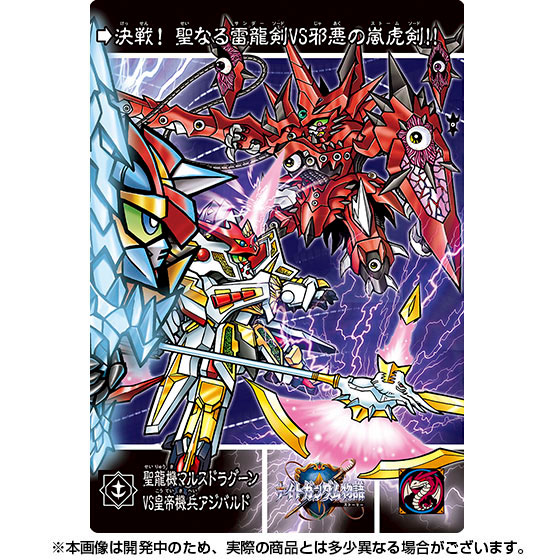 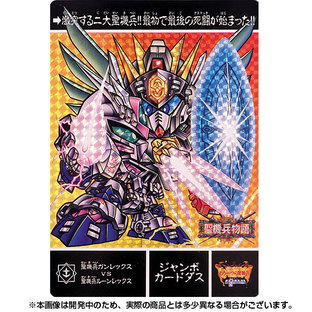 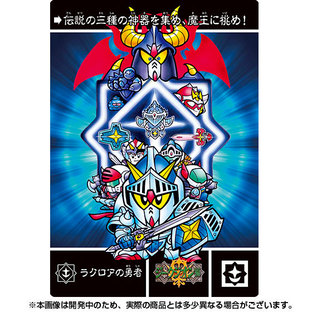 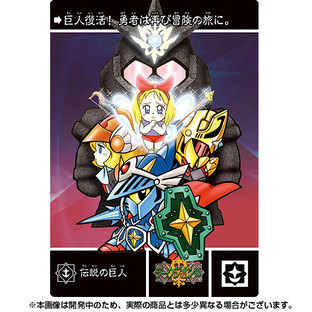 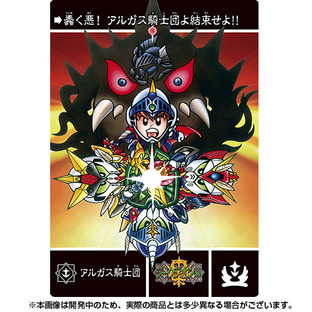 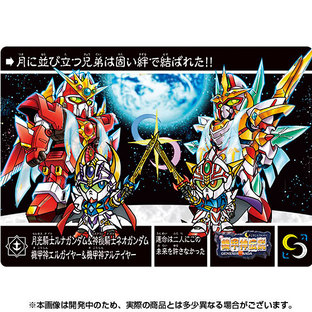 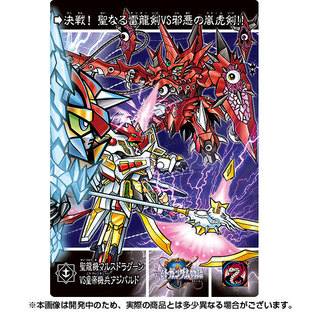 This special deluxe pack comes with 8 kinds of prism JUMCO CARDDASS cards and 18 kinds of normal version of JUMBO CARDDASS!!

6 out of 8 kinds of prism JUMCO CARDDASS cards are selected because of good customers' reactions in the past.

Besides, 1 kind of it was the special prize, 5000 pieces limited edition from a campaign in the past!!

Moreover, for the previously sold JUMBO CARDDASS cards from New SD Gundam Gaiden Premium Complete Box [The Story of Knight Gundam], some customers think that it is difficult to peel the cards off, now the illustration after peeling off is revived. Besides, the illustration of the 1 kind of prism card left is drawn by Gahaku Yokoi.

For the normal version of JUMBO CARDDASS, the cards are designed using the original format of Gundam Gaiden, high-detailed, rare and very impressive.

Besides, all the illustrations are newly drawn by Gahaku Yokoi and other famous illustrators.

Furthermore, this set also comes with a booklet which describes the history of JUMBO CARDDASS, the setting of illustrations and also the new manga.

Mr. Ryuichi Hoshino, who is the person-in-charge of creating the manga of SD Gundam Gaiden in the past, is also drawing the new manga this time!!

Finally, the set also comes with 2 kinds of SUPER JUMBO CARDDASS (normal 2-sided version), which is B3 poster size and it was extremely difficult to get them in the past due to limited production quantity of a promotion.
Now, this is the JUMBO chance to you, with nostalgic feeling and your wants!
A must-buy item to all the fans of SD Gundam Gaiden CARDDASS!!

【Remarks】
※All the JUMBO cards are made in paper, not stickers.
※The SUPER JUMBO CARDDASS cards are 2-sided with CMYK colour printing, with hologram effects.
※The product specification may be changed without prior notice.
※The designs and pictures on the page are in development stage, the actual product may vary.
※The product specification and the delivery date may be changed without prior notice.
※When the number produced has been reached, we will stop accepting applications for reservations. We may adjust the selling quantity and sell it again if we received lots of customers' requests.
※This product may be available in other countries or areas.