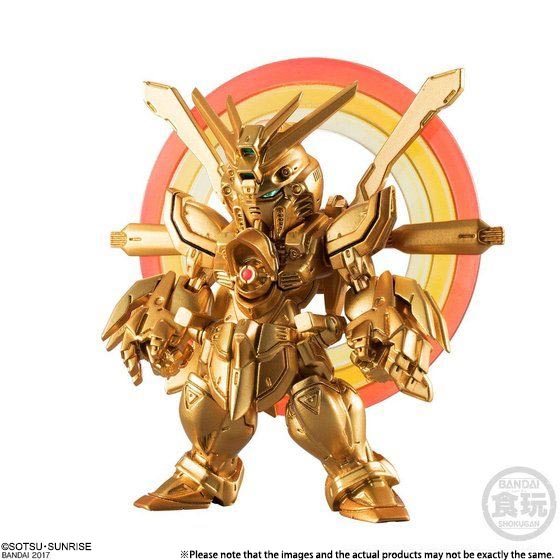 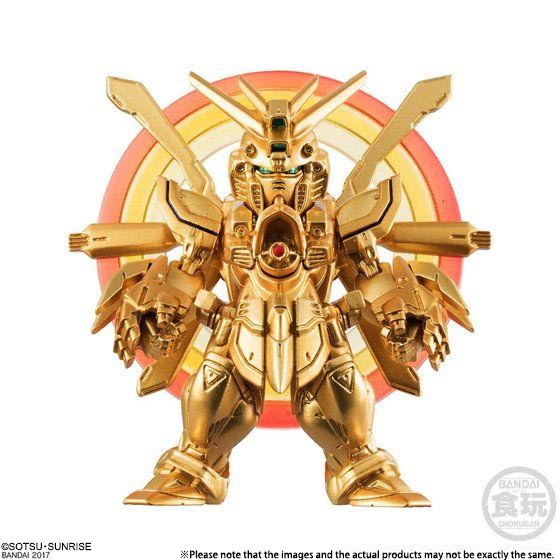 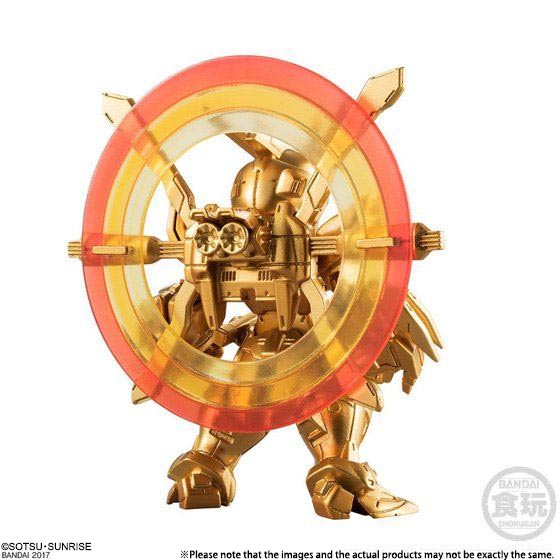 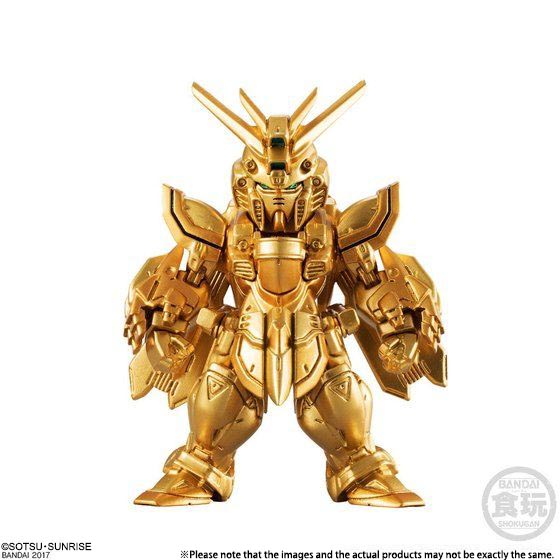 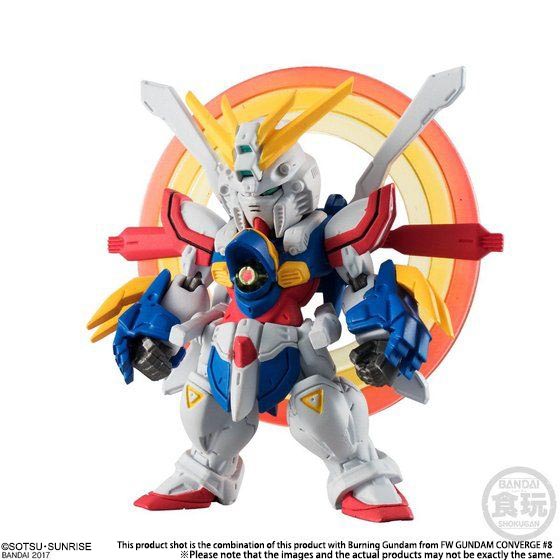 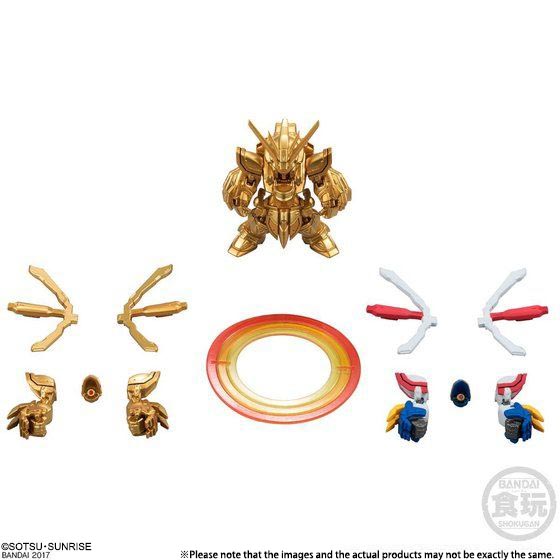 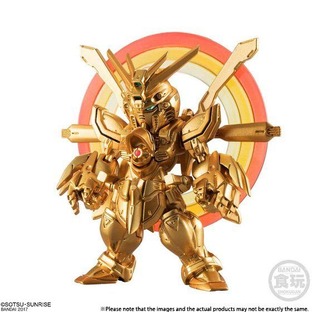 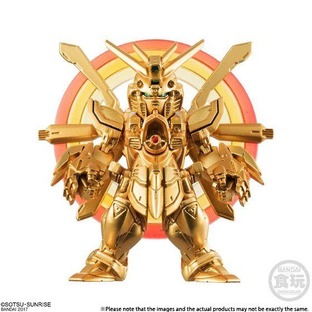 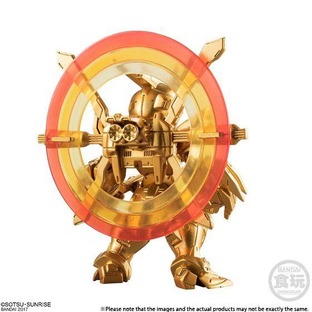 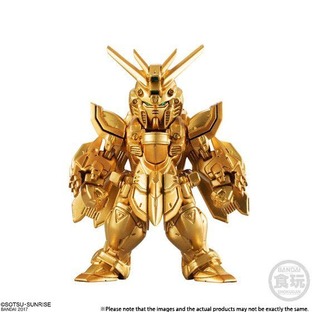 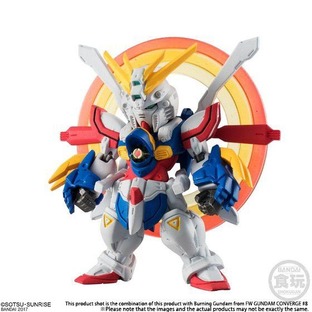 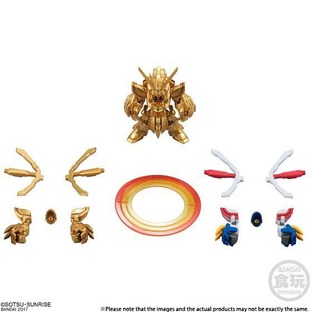 Burning Gundam, which is a machine used by Domon Kasshu in the 13th Gundam Fight. Now, Burning Gundam with its awakening power (serene state of mind version) is launched in Premium Bandai!
The machine not only contains the sun shaped fins in Hyper Mode, the gorgeous golden body color also is another charming point in the serene state of mind state.
With the field generator, open arms & chests supplementary parts (normal color version), you can even upgrade the Burning Gundam (normal color version - FW GUNDAM CONVERGE #8) to Hyper Mode as well!

【Content】
●Figure x 1
Burning Gundam Serene State of Mind Set
※There is no GUM in this item.
※Burning Gundam (normal color version) is from FW GUNDAM CONVERGE #8, which is not included in this set. 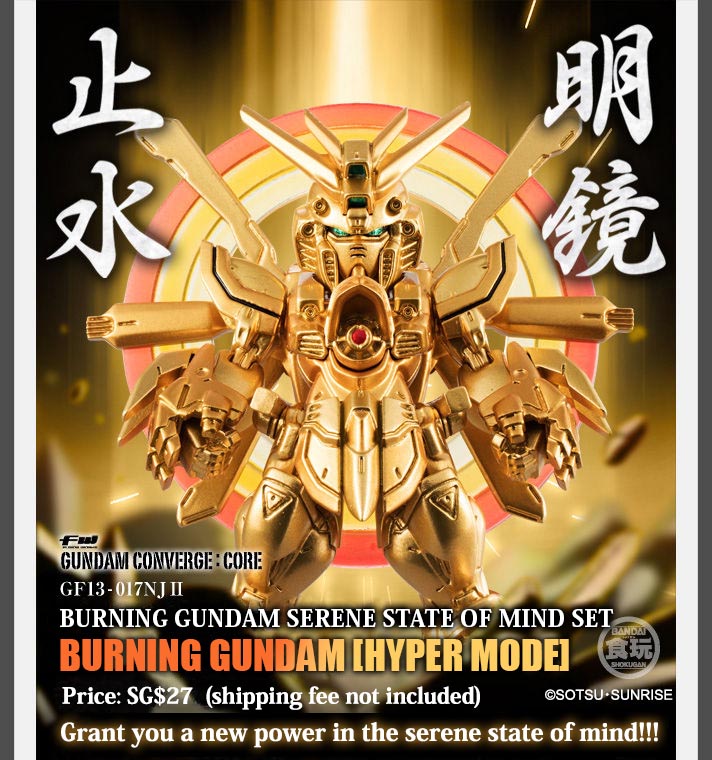